Gig Review: Estrons at the Gre.. 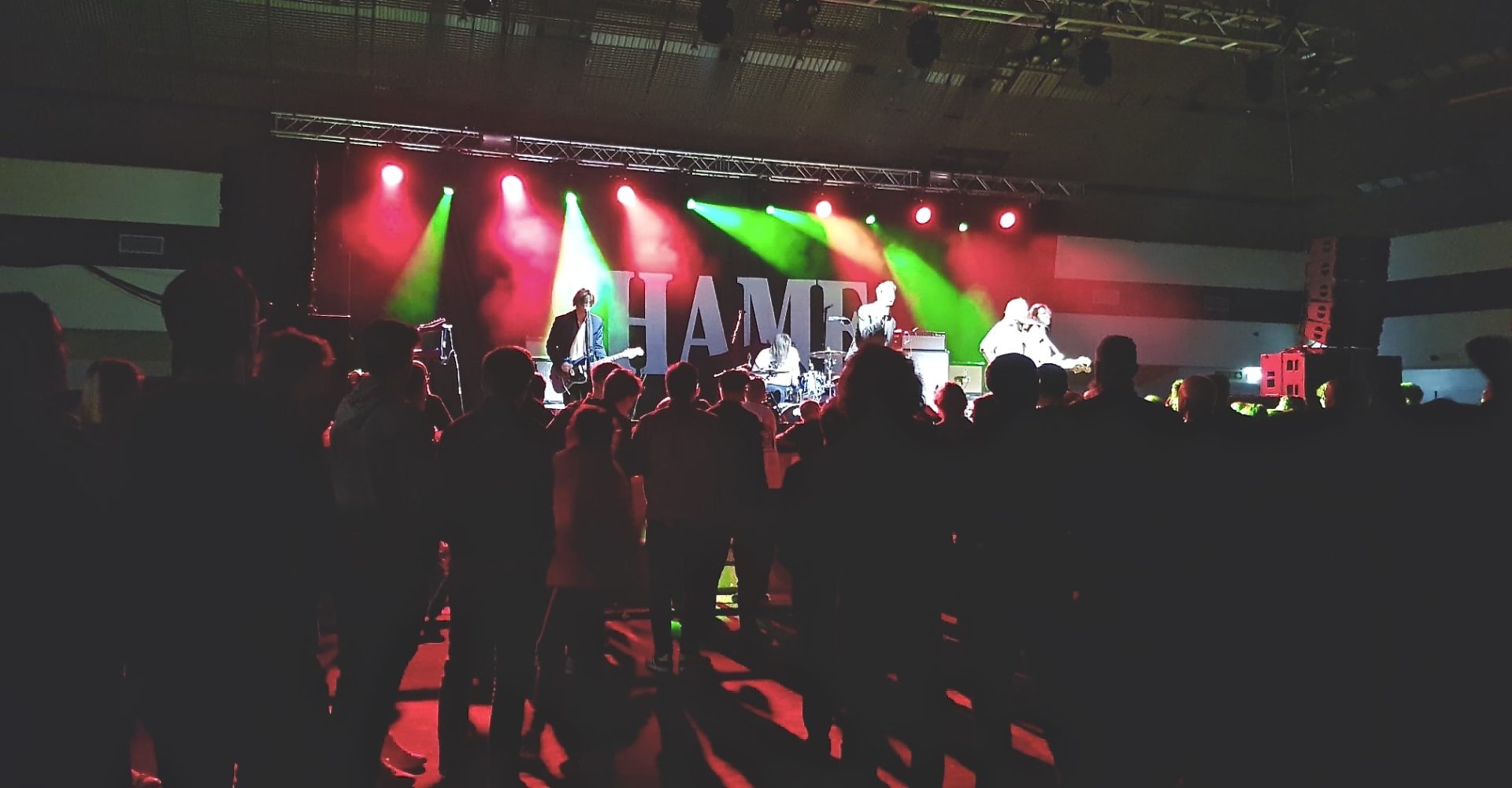 On Friday 16th November I went along to Portsmouth Pyramids for the first time in a long time to see Shame supported by Fontaines DC and HMLTD. I first heard Shame when BBC6 played Concrete. I hadn’t heard the support prior to the gig and little did I know, I was in for a fantastic experience.

First on were Fontaines DC. Dublin based indie rockers who played their second night in a string of approximately 67 dates across the UK, Europe and America between now and May. Some of them are supporting Shame, some Idles and some are their own. It’s an impressive list.

Fontaines DC were up first. From their opening song, I found myself drawn to the jerky, confident movements of frontman Grian. There’s a wonderful essence of Ian Curtis there, and a driving, consistent pushing of rhythm in songs like Hurricane Laughter, along with repetition of lyrics “And there is no connection available”. Watching some of the audience pogoing, I found myself transported back in time, to where post-punk was born and where a lot of music that I love resides. Seeing it’s resurgence in popularity in recent years is a wonderful thing, long may it continue.

Next up where HMLTD. A band fresh to my ears, and one I will never forget. From a beautiful resurgence of old, to a reminder of the amazingly connected and varied futuristic present that we’re in. I can honestly say I’ve never heard so many different sounds and influences in one set. It was a fusion of cultures. From the base sounds of late 80s electro bands like Soft Cell and Depeche Mode, there is everything you can imagine. Sounds bounce around, from Egyptian vibes to Wild West, to Grime. Their outfits are a physical representation of their intertextuality. A Russian football shirt, black wings, camo and a yellow sweatsuit all featuring on one stage. They are an amazing testament to the huge variety in human beings. Even with all of this, there is still an underpinning of new romanticism holding it all together. They were a lot of fun and they would slay music festivals effortlessly.

Finally, Shame. The sound was well balanced, and they ripped through their set, showing how well versed they’ve become to this size tour and these sized shows. Songs like The Lick stood out. A long, rambling monologue challenging the music industry, guitars building and subsiding like the washing of waves “I don’t want to be heard if you’re the only one listening.” The energy was palpable, the room poised on the band as they delivered a solid set to a hungry audience and an encore to finish the job.

Considering I went to see Shame, I feel a got a big bonus price with Fontaines DLC and HMLTD. I came out of the gig feeling wholly satisfied with my experience and considering these avenues of music I hadn’t done previously. I spend a considerable amount of my time following the local scene, rather than getting myself to big gigs. I think that’s about to change. It was a great experience and I’ll be doing it again very soon.