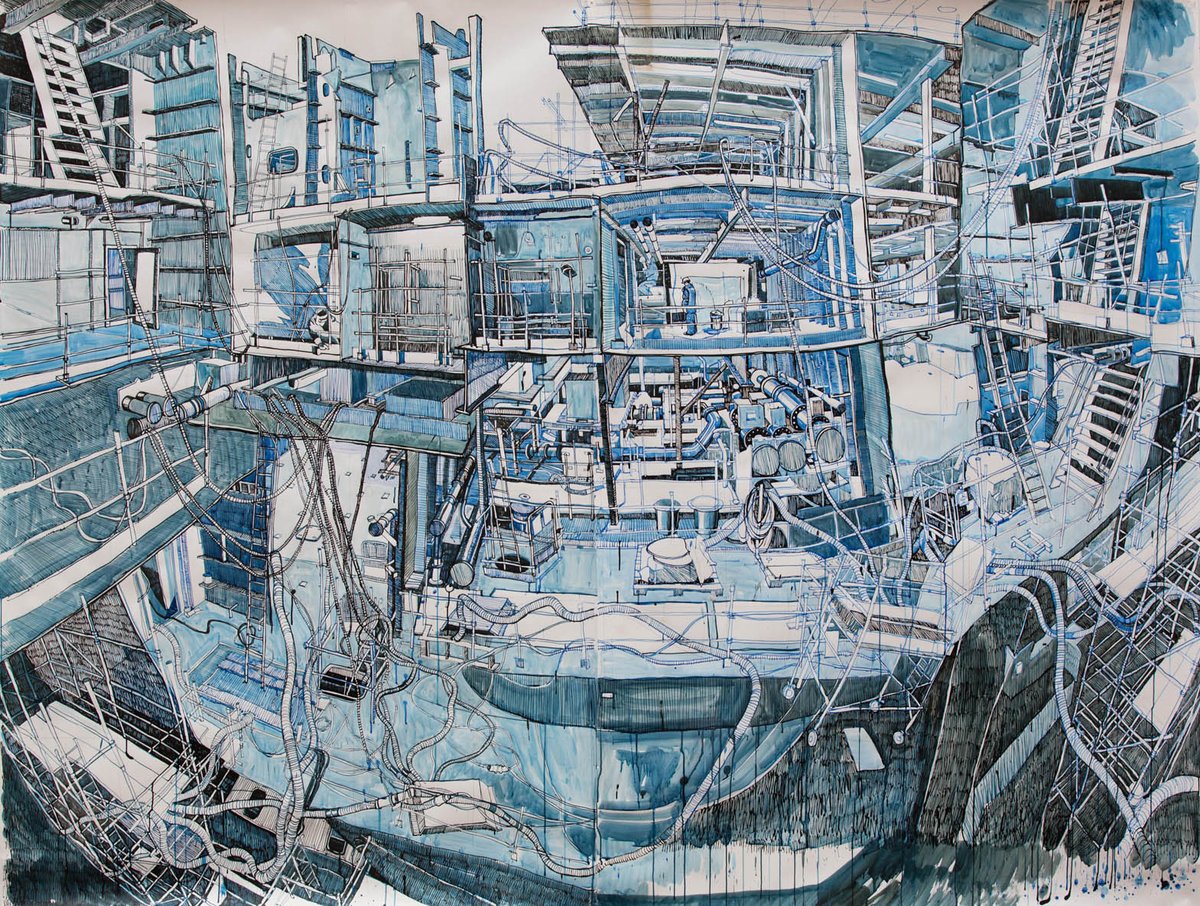 Seven years of chronicling the construction of the Royal Navy’s newest Type 45 destroyers and the monolithic new aircraft carriers (of which sections were constructed in Portsmouth) are the inspiration for Shipyard, a remarkable exhibition by renowned Scottish artist Lachlan Goudie which opens at The National Museum of the Royal Navy, Portsmouth Historic Dockyard on the 17th of March. This is the first showing of Goudie’s Shipyard in England, following its successful launch in Scotland at the Scottish Maritime Museum.

Lachlan Goudie
For the last seven years renowned artist, writer and broadcaster, Lachlan Goudie, who was a contributor on BBC’s Big Painting Challenge, has had special access to sketch and paint in the BAE shipyards on the Clyde and Forth.

Goudie is a Scottish artist who first developed a fascination with shipbuilding whilst growing up on the Clyde. As a child, it was the past glory days of ‘Clydebuilt’ ships that captured his imagination, not the stark reality of industrial decline that he witnessed. Hence when construction on the Royal Navy’s newest and biggest aircraft carrier commenced, he was determined to document the monumental engineering project and record modern shipbuilding. 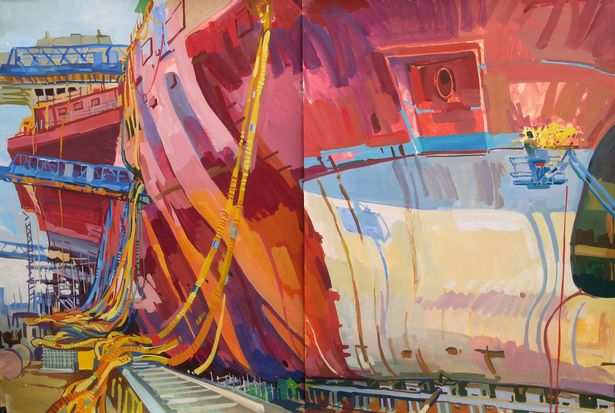 Lachlan Goudie said: “I am immensely proud to be exhibiting at The National Museum of the Royal Navy. The time I spent documenting the construction of the Royal Navy’s Queen Elizabeth Class carriers was an extraordinary experience. Art belongs everywhere and even amidst the noise and bustle of heavy engineering I was staggered by the unusual beauty and colour of ship construction.

“For seven years I have been embedded in Scotland’s two surviving shipyards at Govan and Rosyth. Over that period I have produced paintings, drawings and sculptures documenting both the awesome engineering processes undertaken in the yards and the portraits of the workers whose lives are entwined with these locations.

“This body of work represents my visual fascination with a neglected industrial landscape that risks disappearing before our eyes: the legacy of an industry that has shaped Scotland’s identity and the magnificent flagships of the Royal Navy which are the latest products of that long-established tradition.”

Different Dockyards
Goudie has drawn on hundreds of images he created at Scotstoun, Govan and Rosyth over a seven year study between 2009 and 2016. He works quickly to produce detailed sketches in pen and ink or pencil before working them up into larger oil or gouache paintings. The artworks range up to 3m x 2m in size and across a wide range of mediums. These include oil and gouache paintings, pen and ink drawings, sketches, sculptures, wood cuts and large charcoal portraits.
Professor Dominic Tweddle, Director General of The National Museum of the Royal Navy said: “The intensity and scale of Lachlan’s work is staggering. It reflects these titans of engineering and the skill of the men and women who build them. We are delighted to showcase his work. It is particularly pertinent as we are now on the doorstep of the aircraft carrier HMS Queen Elizabeth when she is in port, so our visitors really can compare and contrast!”

Entry to the exhibition is included as part of the Annual All Attraction ticket. For further details about the exhibition and to buy a ticket, please visit the Shipyard by Lachlan Goudie page.