Preview: End of the Road Festival 2017

Preview: End of the Road Festival 2017

Despite being hounded by many of my friends over the years all telling to me to attend End of the Road (EOTR) due to it being such a wonderful festival, last year’s EOTR was my first yet and despite the abundance of praise many have had for it – I truly believe everyone still undersold the magic of the marvelous festival which takes places in the glorious Lamar Gardens.

With a strong emphasis on quality over quantity, EOTR has four stages across the festival all perfectly programmed hosting arguably the strongest line-up in the UK year on year. As well as an immensely strong line-up of musical acts, EOTR also hosts comedy stages, vintage stalls, great food tents and also an enchanting garden that’s wonderfully lit at night that features lots of incredible features from independent artists.

With immaculate facilities yet a lapse attitude on alcohol restrictions, where you’re able to take alcohol into the arena and not have to spend £5 plus on a warm, flat beer – EOTR is a laid back affair with a copious amount of friendly, music-loving folk thankfully absent in ‘lads’ talking over the acts, bumping into you because they’re trying to take selfies of the ‘sesh’ and destroying bins.

So yeah that’s just of the reasons you should probably go but here’s a few more with a number of acts you need to check out if you’re not convinced. Or you are indeed going but want a few pointers.

SlowDive
Not much more can be said about these legends that hasn’t been said before but these masters of the shoegaze genre are no doubt going to be the perfect way to kickstart the festival on the Thursday in the exquisite Big Top. Also as this is a mostly Portsmouth blog, here’s a little fun fact to tie in, Rachel Goswell was born in Fareham, therefore, making her (technically) Portsmouth’s greatest ever musical export (if we include Fareham as Portsmouth, well it is a PO postcode) along with Gemma Thompson of Savages who is apparently from these parts too…

Ty Segall
The joint king of modern day garage-rock along with fellow Californian and best-bud, John Dwyer, Ty Segall is utterly relentless in his output. A musical sponge soaking up his multitude of influences, Ty roams from the realms of sixties psychedelia from The 13 Floor Elevators and The Pretty Things to the glitz-glam sounds of David Bowie to the doom-metal of Sabbath.The fuzz maestro is going to shred hard in September and it’s just going to be the best time ever.

Girl Band
The foursome are a visceral, cacophony of post-punk meets krautrock and have a considerable reputation for their fierce live sound, and rightfully so. A bit of The Fall here, a bit of Nick Cave there, all mixed with some of the most deranged, dancefloor sounds you’ll ever hear – Girl Band are exhilarating, unhinged and most importantly, refreshing. See you in the pit…

Moonlandingz
The background behind Moonlandingz has been stated numerous times and quite frankly, it doesn’t matter. What does matter is Moonlandingz make wonderful, ramshackled frantic, synth-driven, cosmic-pop smeared glam and almost haunting krautrock. A ferocious live act at that too, Moonlandingz are otherworldly and will throw you far into the cosmos on their psychedelic rocket.

HMLTD
These are a hard band to describe, which in their case is always a great thing. They’ve been described as somewhat being like The Fat Whites which seems lazy as their only real similarities are is that they both have charismatic frontmen at their helm. Combining their whimsical, glam-rock aesthetic and sounds with the sonic force of The Birthday Party mixed with some Sigue Sigue Sputnik and even a little stamp of DnB and garage-rock also, HMLTD aren’t for easy listening yet they’re never meant to be and that’s what makes them great. Encapsulating and exhilarating live, the multi-national outfit are possibly one of the most important bands to emerge in a while from the UK.

Let’s Eat Grandma
Let’s Eat Grandma have had comparisons to CocaRosie but the resemblance is most likely accidental as Let’s Eat Grandma create more chilling, ambient psychedelic-dream pop where elements of the likes of MGMT seemingly creep through. It’s unsettling listening from the exceptionally talented, young childhood friends who create such catchy yet bleak atmospheric pop.

Mdou Moctar
One of my favourite things about EOTR is its eclectic programming featuring so many amazing acts from around the world. One of my highlights last year was wondering off from my friends who wanted to see some comedian and so instead I drunkenly watched Imahran very early in the day by myself at the incredible Garden Stage. Mdou Moctar and his band this year look like they will be the wonderful hidden gem amongst the very strong line-up. Making amazing psychedelic-folk, I’m really looking forward to checking out the psychedelic sounds of the incredibly talented Tuareg songwriter.

Alvvays
The indie-dream-pop janglers being on the line-up means new material MUST be imminent (hopefully)! Their dazzling, charm-soaked songs which gently treads into the realms of melancholy are perfect listening for a summer’s day and I hope the band will be gracing the beautiful Garden Stage at this years EOTR as that would be the perfect setting for them. They have just released their latest single which can be found below.

Pond
Like The Moonlandingz, you probably know the background to these guys already. One of the best live acts out there, Pond make that wonderful crunching, monstrous psych-pop sound so many bands out there are trying to do and yet failing so miserably at. The Aussie’s are going to bring the fun party times for sure to Lamar Gardens.

If all that and the below sounds appealing to you, you can get End of the Road tickets here www.endoftheroadfestival.com/tickets. 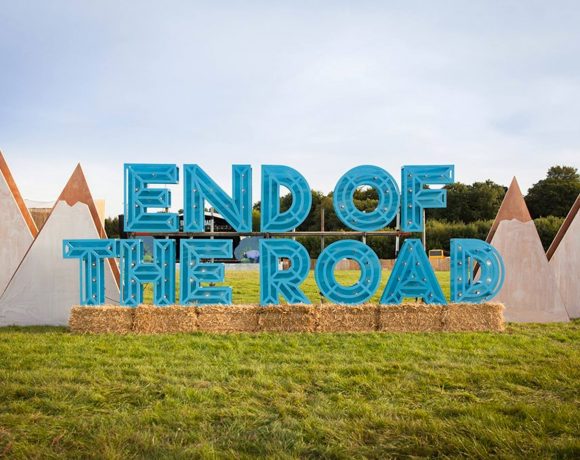 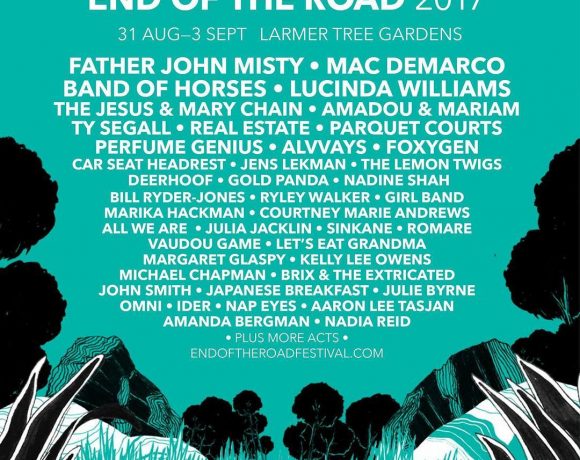 News: End of the Road 2017 Line up Announcement