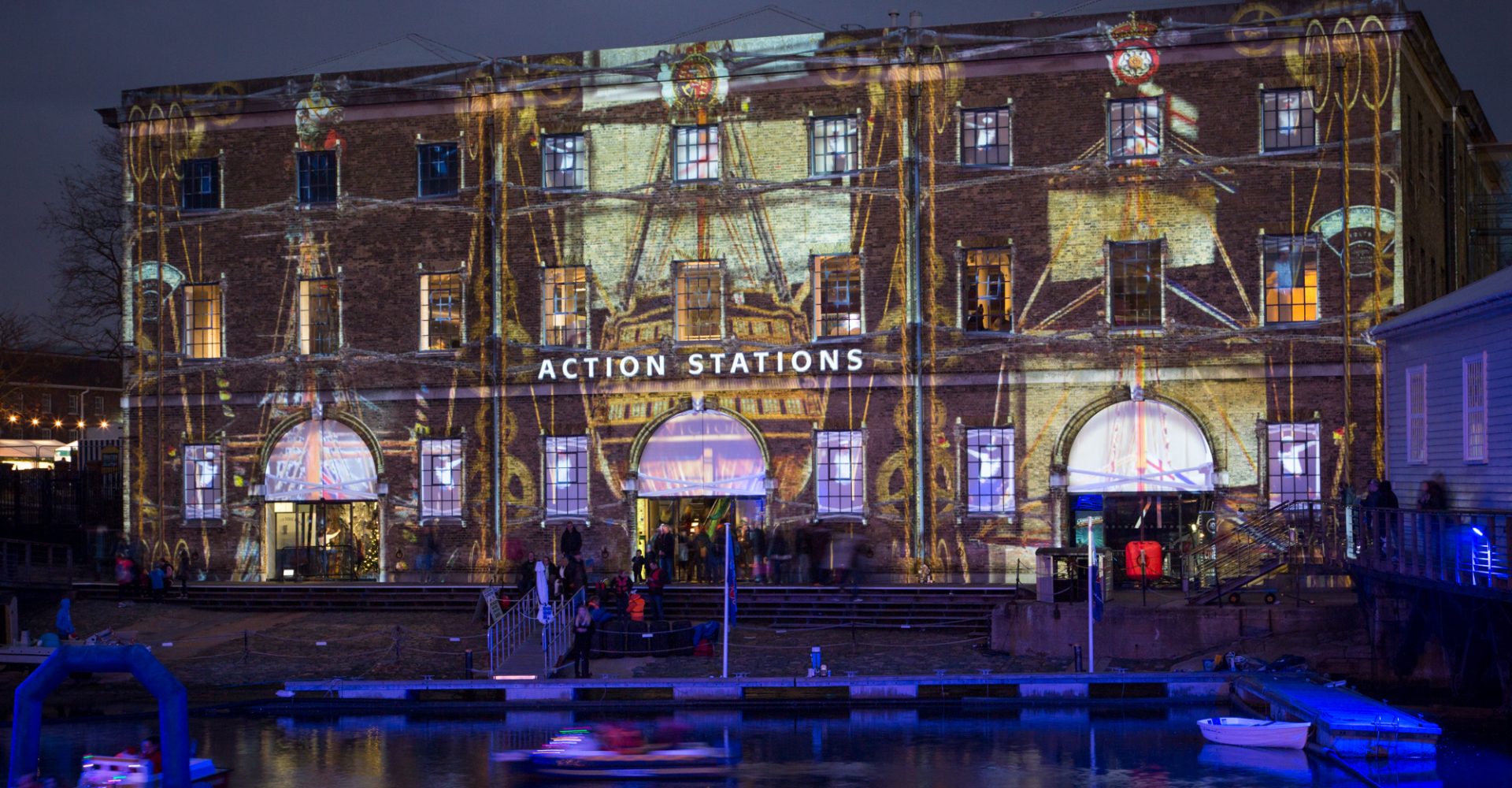 If you have visited Portsmouth Historic Dockyard at some point this month after dark you cannot have missed the incredible new interactive illuminations projected on to Action Stations. As part of the Christmas at the Dockyard celebrations ‘I Saw Three Ships’ is an innovative and highly detailed architectural projection created by Illuminos who have worked previously on similar projects on buildings such as Liverpool Library, Warrington Town Hall, Nothe Fort in Weymouth, the Carillon in Loughborough, Leeds Civic Hall, Urbis in Manchester and the Wales Millennium Centre, to name a few.

The ‘I Saw Three Ships’ projection is in three parts, HMS Warrior, The Mary Rose and HMS Victory and each part consists of a highly detailed visual story about elements of the ship’s history. The projections cover the building and have separate elements on different parts of the building’s fascia, for example sailors doing semaphore messages within the windows.

The projection is particularly innovative in that it is interactive where members of the public passing Boathouse 4 can spin one of three different ship’s wheels. The wheels drive the projections, the faster you turn the your wheel the quicker your ship is raised from the Mastpond. ‘I Saw Three Ships’ also has music and song to accompany the projection, which also changes depending on which ship is being displayed. This is well worth seeing if you have the chance. 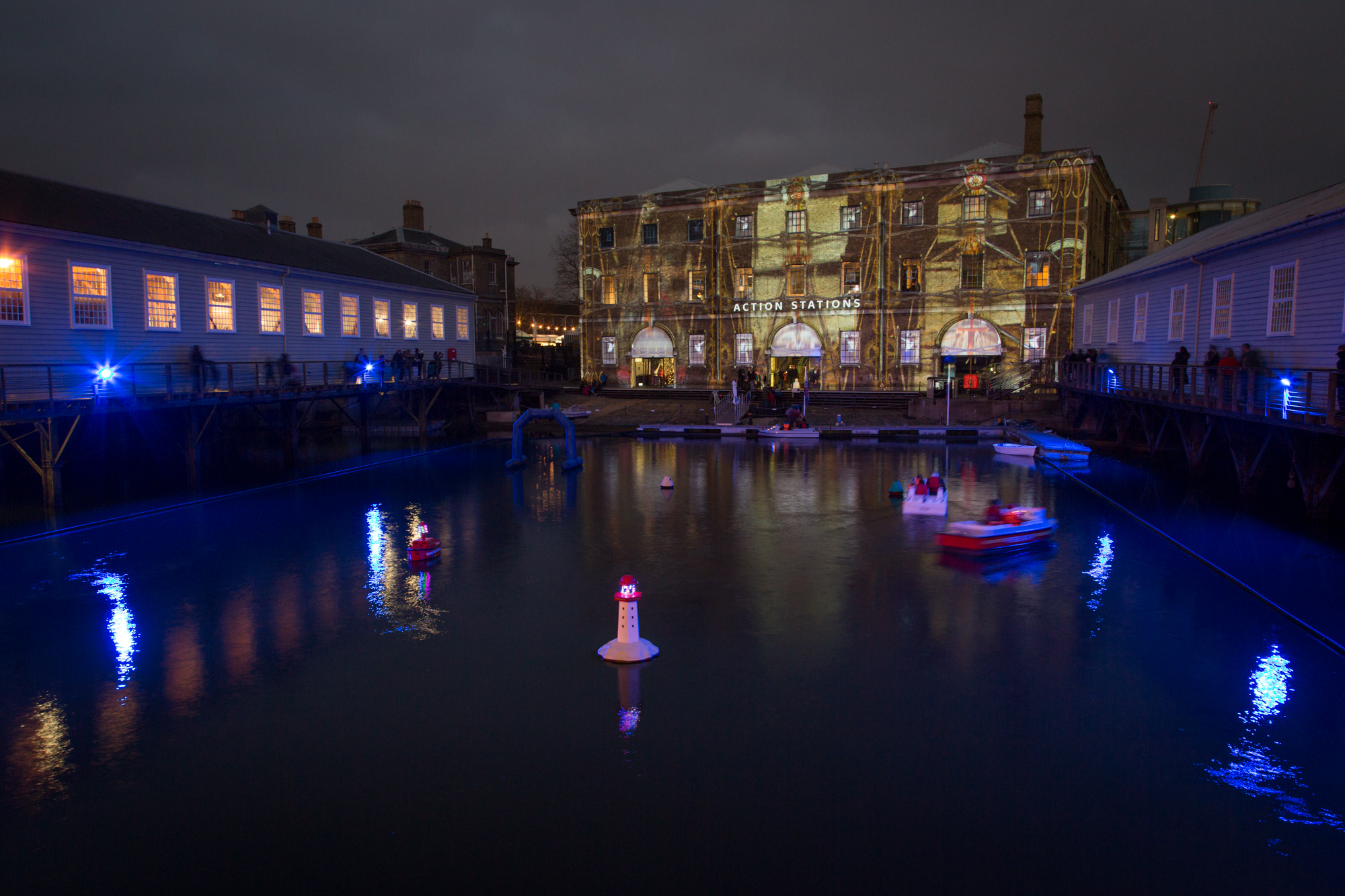 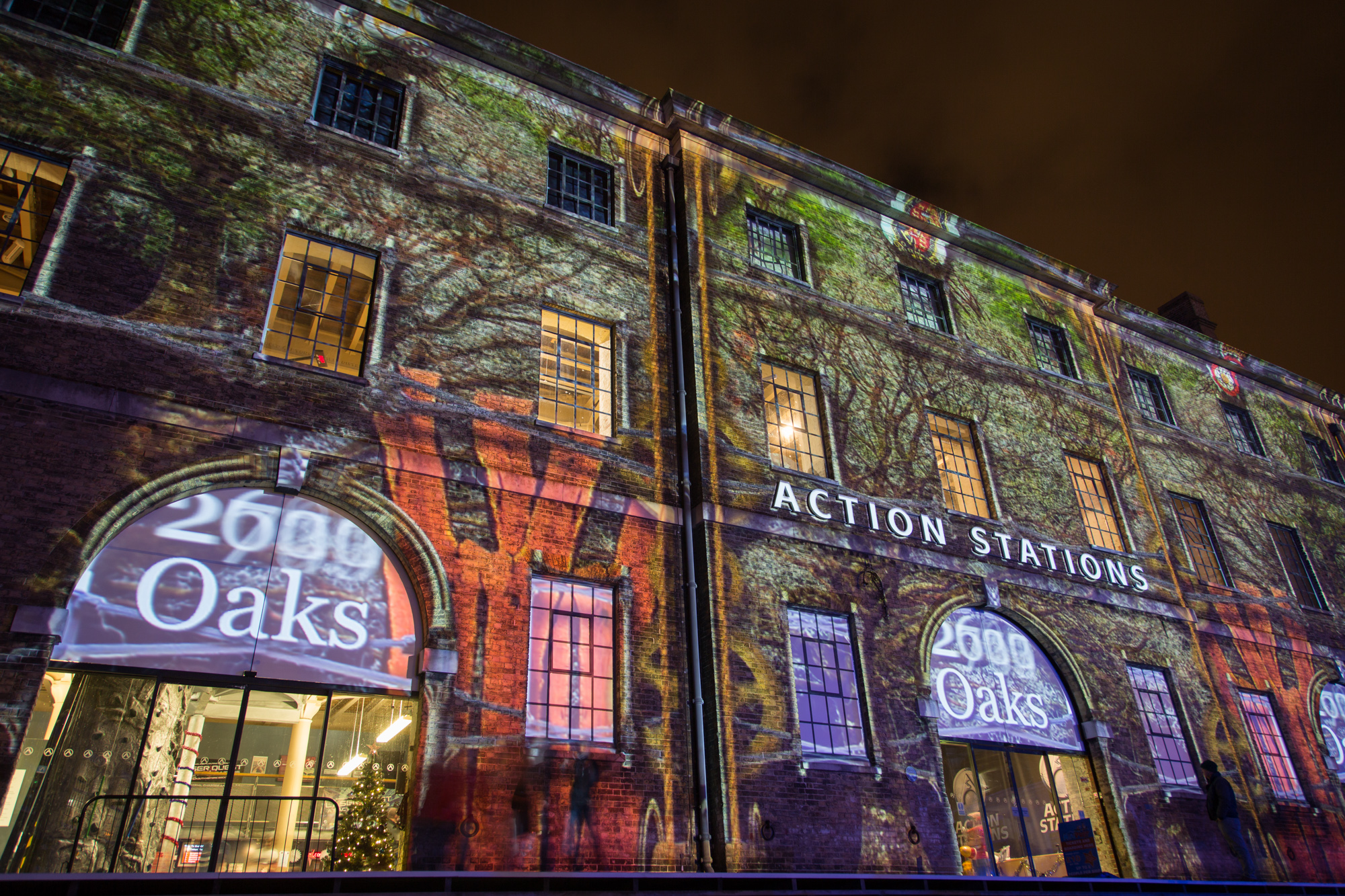 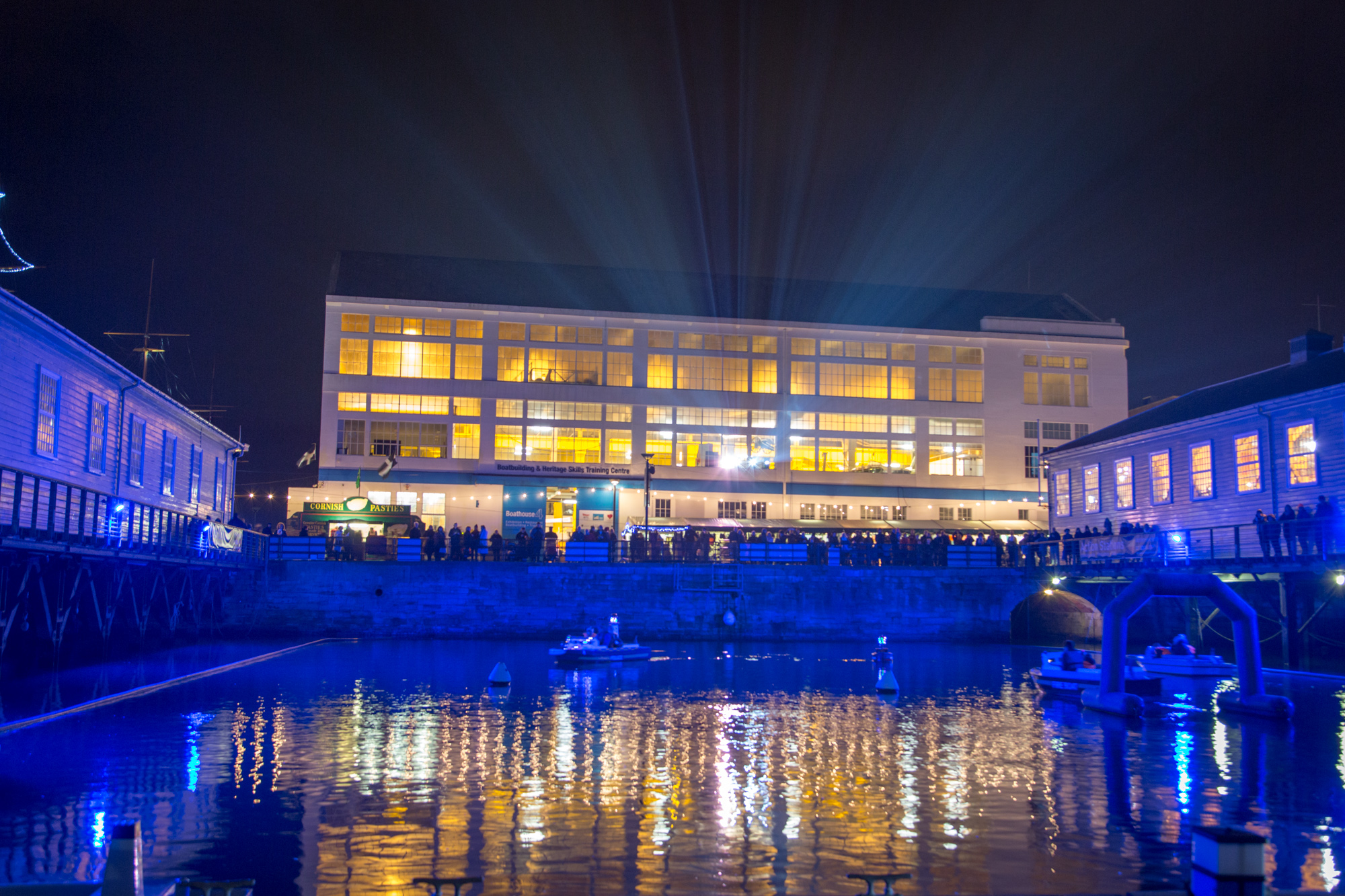 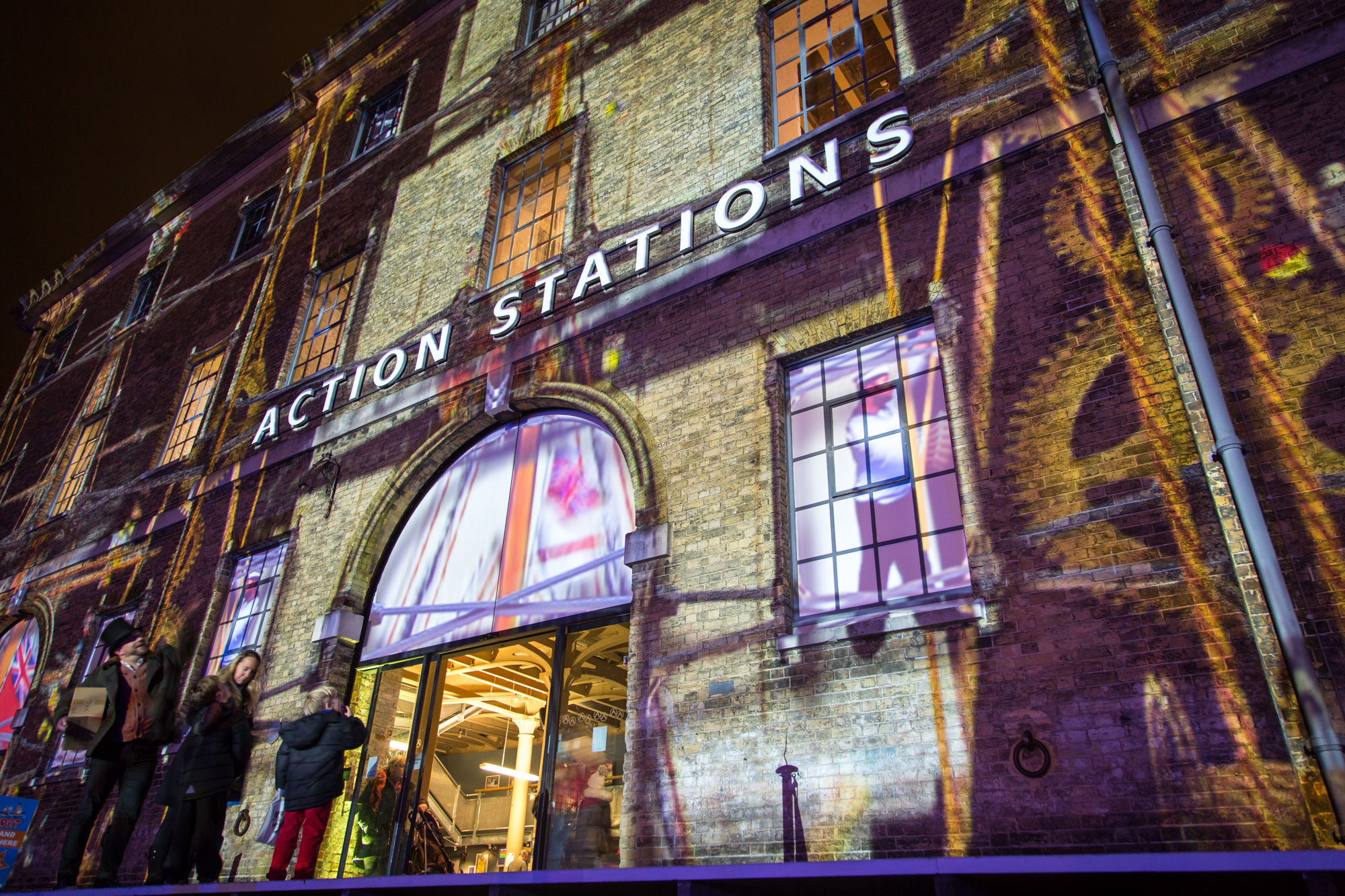 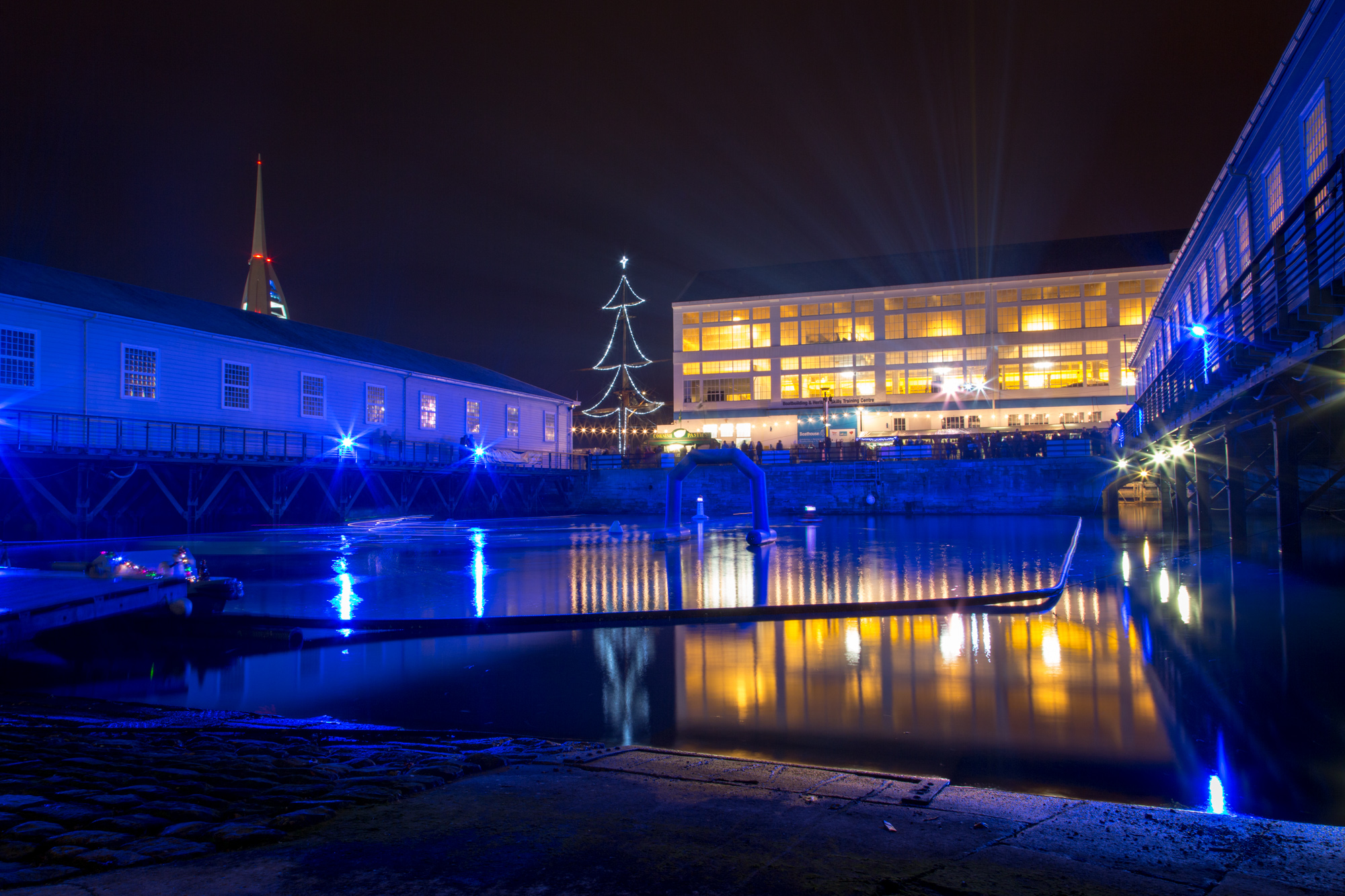