This time next week I’ll be representing Strong Island over at Bestival and I can’t think of a better way to end my summer because it looks like Rob Da Bank as assembled a fantastic line up. For those of you who are already going and those still thinking about it, I thought I’d share a few of my tips on who I think you should check out over the weekend.

I’ve been going to Bestival for the past ten years and the Chemical Brothers 2007 headlining set was possibly the best of any headliner I’ve seen at the festival, and in that time I’ve seen some huge acts including The Prodigy, Elton John and Snoop Dogg.

Tom Rowlands and Ed Simons formed the Chemical Brothers back in Manchester over twenty years ago. Since then they have been one of the biggest dance acts in the world, playing countless festivals and a string of hits. After a five year break from recording this July saw the release of their latest studio album Born in the Echoes. They don’t need me to try and sell them to you because we all know their reputation for being incredible live and they will no doubt get one of the biggest crowds of the festival.

Continuing a the theme of prominent British DJs the next must see act for me will is DJ Yoda and his Breakfast Of Champions. I’ve been racking my brain to think of a way to describe DJ Yoda’s style because pigeonholing him to hip-hop just doesn’t do him justice. The cut and paste mixtape pioneer first came to the our attention after releasing How to Cut & Paste Mix Tape Vol.1 on Antidote Records. Since then he’s gone on to play across the world as well as working with some of the finest hip-hop talent around, including Scroobius Pip, Roots Manuva, Biz Markie and Dangermouse.

His latest project DJ Yoda Presents: Breakfast of Champions is an eleven strong collective which features an array of Britain’s finest MCs and musicians including Portsmouth’s own Rex Domino! Rex recently took part in a Spoken Word event I ran at Blissfields and he stole the show with his intelligent and thought provoking lyrics. I’m really excited to see Rex on Bestival’s main stage representing Portsmouth.

Fresh from performing the Castle Stage at last weekends Victorious Festival Ella Eyre can also be found next week at Robin Hill Country Park. I was fortunate enough to be in crowd to see her put on an awesome show and for many she was one of the weekends highlights.

Ella first came to my attention after collaborations with Bastille, Rudimental and Naughty Boy. She is now building up quite a name up for herself as a solo artist and has recently been crowned Best Newcomer at the MOBO Awards as well as winning the BRIT Award for Single Of The Year for her track ‘Waiting All Night’.

For Future Islands their patience paid off because it wasn’t until their fourth album Singles and an appearance on The David Letterman Show that they really became a household name around the world. Lead singer Samuel T. Herring’s distinctive dance moves will no doubt be re created by what I expect to be a large crowd at the festival. I’ve never seen them live before so this will be ticking one off from my musical bucket list.

If you are going to treat yourself to Future Islands then don’t jump straight to their breakthrough album Singles. Make sure that you don’t neglect their earlier work, especially the tracks ‘Before The Bridge’ and ‘Long Flight’.

You will hopefully already be aware that Jamie xx makes up one third of The xx. I’m a huge fan of theirs and have been ever since the release of their debut album xx. I remember having to enjoy their last Bestival performance from outside of the packed out tent where everyone was packed in like sardines to catch a glimpse.

Earlier this year Jamie released the album In Colour which in my humble opinion is the best album of the year so far! I loved it that much I even went as far as buying the LP without even owning a record player. At least I now know what to put on my Christmas list! Don’t just take my word for it though, the album has also received rave reviews from the international music press including NME, Q, Rolling Stone and Spin.

If you fancy a mini break Jamie begins a European tour which takes in cities such as London, Manchester, Glasgow, Cologne, Paris, Helsinki, Amsterdam and plenty more. Also If you fancy taking me with you then as well then I would be eternally grateful!

Currently plying her trade in London Floella Grace is an Islander born and bred. Flo is a supremely talented singer songwriter and can be slightly shy and awkward when performing live, however in the many times I have seen her perform live she always has the crowd captivated by her and her music.

Flo can be found over on the brand new Invaders of The Future stage early on Thursday afternoon. For those early birds (like me) getting over there Thursday morning I encourage you to leave your recently pitched tents and check her out, I promise that it will be the perfect start to an amazing weekend.

For me one of the most exciting aspects of this years festival is that there are so many amazing artists who I’ve been listening to for years but I’ve never been fortunate enough to see perform live, this is the case with Jurassic 5. The American hip hop group have been around for over two decades now and consist of rappers Charles Stewart (Chali 2na), Dante Givens (Akil), Courtenay Henderson (Zaakir aka Soup), Marc Stuart (Marc 7), Mark Potsic (DJ Nu-Mark) and Lucas Macfadden (Cut Chemist).

Last year Jurassic 5 returned after an eight year break with ‘The Way We Do It‘ which revolves around a riff and Jack White vocal sample lifted from The White Stripes ‘My Doorbell’. Some personal favourites that I am hoping to hear on the Main Stage next Friday evening include ‘Jayou’, ‘Concrete Schoolyard’ and ‘What’s Golden’.

I’ve been smitten with British folk and soul singer Lianne La Havas since I first saw her perform ‘Age’ on Jools Holland back in 2011. The London born singer is now enjoying huge success and the recognition that she deserves with her second studio album Blood. After Bestival Lianne will embark on a huge tour of America, Canada and Europe. Lianne is no stranger to the big stage though, earlier this summer she returned to Glastonbury to play a beautiful set including new songs ‘Unstoppable’ and ‘What You Don’t Do’ on the John Peel stage.

Despite the stellar names on the Bestival line up this year if push came to shove and I could only see one artist perform this weekend then it would be 100% Lianne La Havas! I can’t wait.

Originating from the Isle of Wight Plastic Mermaids are one of the most exciting band on the planet and are a must see for all Bestival goers. Described by Q Magazine as the band like “Mercury Rev going on a road trip with The Flaming Lips”. The band are building a reputation as a brilliant live band after performances at festivals including the Great Escape, Blissfields, Boardmasters and Wychwood Festival. The band will be headlining the Invaders of The Future stage on Friday night. I assure you within minutes you’ll be hooked forever!

Apart from maybe AC/DC and Nick Cave, Australia isn’t well known for it’s quality musical exports but Tame Impala are certainly one for the country to be proud of. The band have their own distinct electronic sound and are heavily influenced by late 1960s and early 1970s psychedelic rock. Trying to compare them to any other band is pretty much impossible!

I’ve been a fan of them ever since they released their debut album Innerspeaker in 2010. Like their previous albums their most recent offering titled Lonerism was written, recorded, performed and produced by the talented lead Kevin Parker. It’s not just me that loves the album, it was recognised with a nomination for Best Alternative Music Album at the 56th Annual Grammy Awards, eventually losing out to Vampire Weekend. I can’t say I agree with that choice but each to their own! 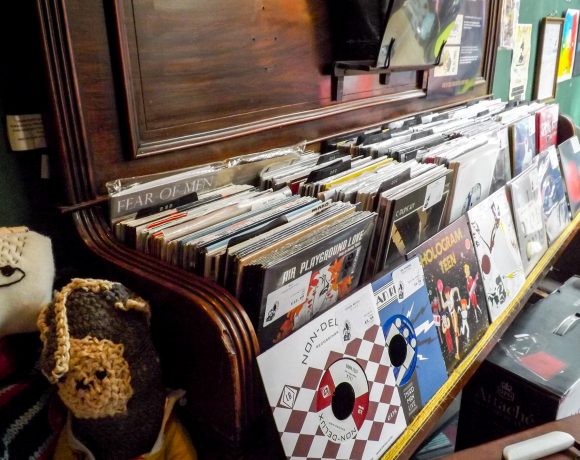 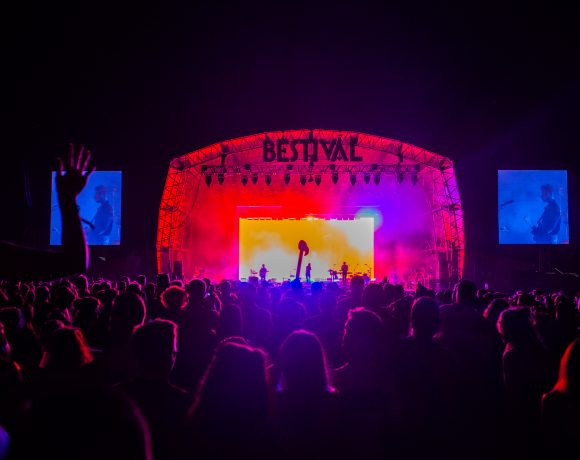 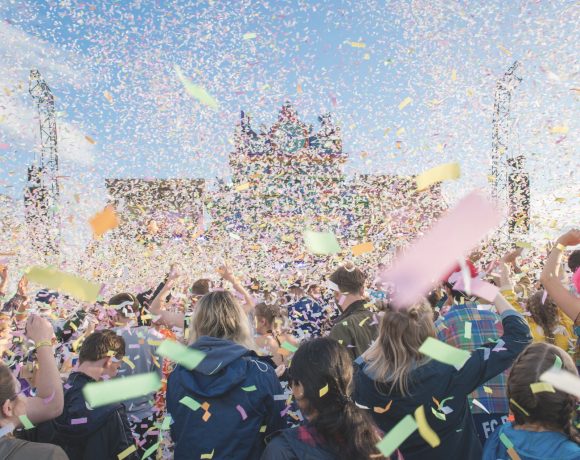