As you are no doubt aware, today is exactly 100 years since the outbreak of the Great War, as part of the events remembering this centenary in Portsmouth there is Declaration of War, starting this afternoon and running until late at Portsmouth Guildhall Square.

At 9pm, the Big Screen will be showcasing the Portsmouth Festivities ‘FACES’ film, depicting life in Portsmouth on the eve of the First World War, retold by current residents of the city through the diaries and letters of residents from a century ago.

From 10pm a narrator will guide the audience through the events that led to the outbreak of the First World War and the impact on the city and the residents who lived here. Themed readings, music, extracts from war diaries and poetry will help to retell the story and provide a context to the event.

From 10.30pm a candlelight vigil will be held as a moment for the current residents of Portsmouth to reflect on the events a hundred years ago and to pay their respect to the lost generation that never returned. The candles will then be extinguished as part of the nationwide ‘Lights Out’ initiative whereby we will be joining in with other villages, towns, cities and communities across the UK in marking the Centenary by the lights being turned off and candles being extinguished. A single candle will remain lit as a focus for reflection.

At 11pm the Declaration of War transcript will be read out, signalling that war has been declared. The remaining candle is extinguished to reflect the famous words of Sir Edward Grey, Foreign Secretary: ‘The Lamps are going out all over Europe; we shall not see them lit again in our lifetime’. War Bells are rung out across the city and Royal Navy vessels sound a siren ringing in the war. A bugler will play the Last Post followed by a two minutes silence.

Reflecting the events that happened in London on the outbreak of the war, the National Anthem will be played. At first there was much excitement at the prospect of a war with thousands signing up across the country, many from Portsmouth. The evening reflects this with uplifting music of the period.

At 11.20pm a telegram was sent to forces across the British Empire confirming that Britain and her Empire were now at war: ‘WAR. GERMANY. ACT’. The tone of the event takes a more sombre tone as the true picture of war becomes uncovered, portrayed through some of the poetry of the First World War: ‘Dulce et decorum est’ by Wilfred Owen and ‘In Flanders Field’ by John McCrae, whilst a WW1 Ambulance enters the square symbolising the true cost of the war that follows. The evening ends with the famous poem ‘For the Fallen’ by Laurence Binyon, followed by the bugler playing the Last Post and the names of those who were killed, continue to be shown on the Big Screens.

Throughout the evening, a particular focus for the event will be remembering Portsmouth’s sons who were killed during the First World War. This event is dedicated to the 5,988 who didn’t come back to our city, their home. Their names will be shown on the Big Screen during the event as the residents of Portsmouth, today, pay respect to them, of yesterday – a lost generation. Members of the public will also be invited to write a personal message on a cut-out of a First World War soldier.

This is a free event and no tickets are required. Bring a chair, a blanket and wear warm clothes. 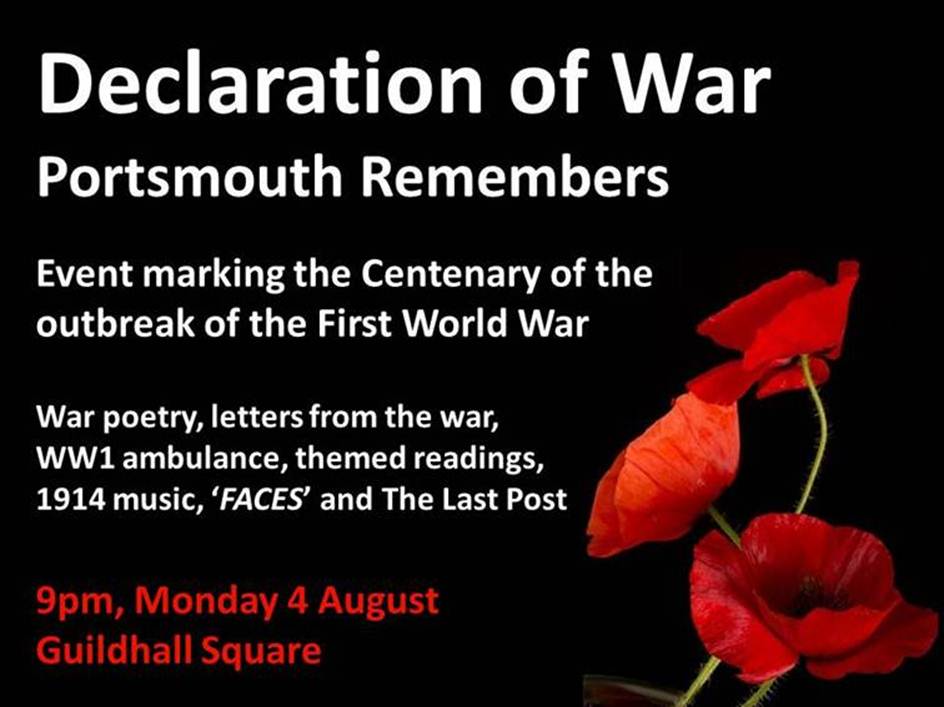 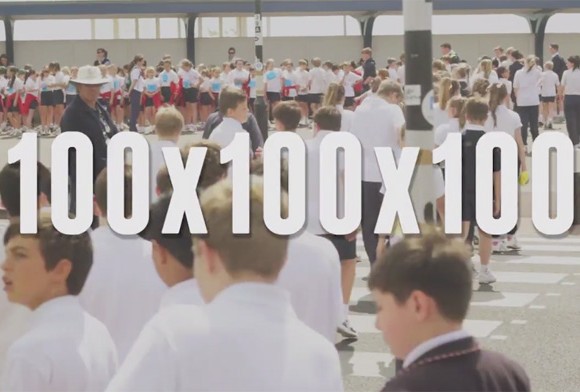