Gland Rock At The Wedgewood Ro..

Today Blissfields preview features Alternative DJ and Promoter Will Chump. Will first arrived in Portsmouth as a student in 1999 and he has now become one of the city’s recognisable characters in the Portsmouth night club scene. Will is one of the a key figures that have made Monday’s ‘Delight‘ alternative nights at the Astoria (formerly Uropa, Pure and Route 66) such a success. Will is also known for being one of the regular DJ’s in CHAOS and Waster.

Will’s hard work as a DJ, entertainer and live event host has been recognised by The Portsmouth News and it’s followers in the form of not one, but in fact multiple ‘Best DJ’ Awards. As part of the publications annual ‘The Guide Awards’ series, Will won the Runner Up award for ‘Best DJ’ in 2006 and securing the award itself in 2007, 2008 and 2009.

Will was DJing on the main stage before Bastille began their headline set last year. Will describes this “having the whole festival singing-a-long to every song in my set before Bastille came onstage was magical. That’s really a common theme to all my Blissfields memories; magic, the whole place is built on pure love and that creates such a magical atmosphere onsite, simply one of the best festivals in the UK”.

In keeping with the Wild Side theme to Blissfields this year, Will was asked ‘if you were an animal, which animal would you be and why?’ His response: If I was an animal I’d be an Aardvark simply for the alphabetical perks. 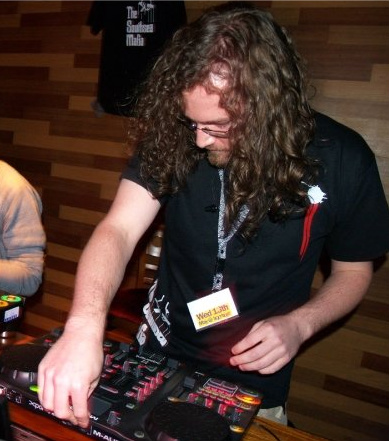