Local writers in Day of the Dead

Local writers in Day of the Dead

Portsmouth BookFest is in full swing. If you haven’t yet made it to one of the events on offer, take a look at the BookFest website to see what literary treats are still in store.

Ahead of this evening’s ‘Day of the Dead’, we caught up with William Sutton, one of the authors taking part in this year’s festivities. We asked him about tonight’s event, an evening of spooky tales organised by Portsmouth Writer’s Hub, what literary festivals like BookFest do for writers and the local community, and how it feels to be taking part this year as a published author.

Why did the organisers choose to do a ‘Day of the Dead’? It sounds a bit grim!

Day of the Dead, or Día de los Muertos, is a huge festival especially in Mexico which is a counterpart of Hallowe’en, and it’s anything but grim, celebrated with feasting, skeleton models, amazing food. We’ve adopted the title to bridge all aspects of death, from spooky to gory to elegiac.

What can those attending the event expect from the evening?

Expect the gut-wrenching, the terrifying, the mind-blowing, the fantastic.

Last year’s BookFest featured a brilliant evening in the atmospheric Square Tower about Dickens and Conan Doyle, with a ghostly flavour. We wanted to unleash the imaginations of our own brilliant writers. Among our writers are Diana Bretherick (appearing on ITV3’s Crime Thriller Book Club and nominated for Specsavers Crime Awards); award-winning short story writers, Lynne Blackwood, Jack Hughes and James Bicheno; and Matt Wingett, whose work with The Three Belles scored a sell-out hit at the New Theatre Royal. 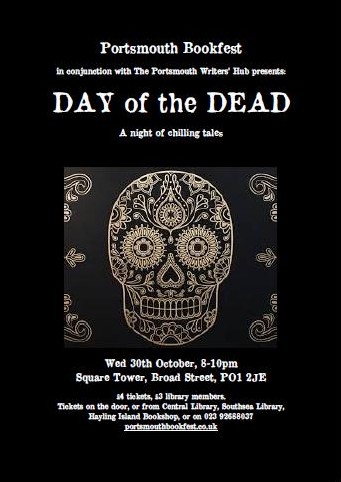 What are the benefits of an event like this to the local writers taking part?

It’s fun. Writing is a lonely game. Writing and performing for a specific event is a welcome challenge. This is a way for wonderful authors, including published novelists and award-winning short story writers, to entertain local readers, to connect with each other and to push our writing skills in new directions.

I understand you are a guest author at the Firestation Bookswap tomorrow and have attended a Bookswap as an audience member in the past. Is this event a particular favourite, and why?

I just love the Firestation Bookswap, with its quirky set-up and enthused audience. Ticket free if you bake a cake? Brilliant. Unorthodox audience questions in a hat, eg “If you were a sandwich, what kind of sandwich would you be?” Warm, witty hosts Scott Pack and Marie Phillips; intelligent guests like historical crime author Lloyd Shepherd.

And you bring an old book to swap for a new one. But which book? The first year I attended, I grabbed Five Latin Love Poets (in Latin). When I announced it, Scott thought I had no chance of swapping it, only to find that not one, not two, but five members of the audience were keen to swap their cherished book for it.

I like the bookswap format so much that I helped run a charity book day for the Ben Williams Trust in March, and many of Day of the Dead writers came along to support and perform. 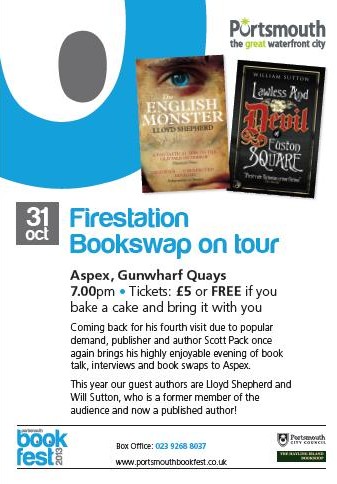 How does it feel making the step from audience member to published author at events and festivals like BookFest?

When I moved to Southsea, I heard about BookFest. I wanted to get involved, but it’s hard when you’re unknown.

A marvellous camaraderie has sprung up through Portsmouth Writers’ Hub, former creative writing students and other writers’ groups. Since doing a workshop with ReAuthoring (who ran the You, Me & Everyone in Portsmout), we’ve performed in Portsmouth Libraries, the Square Tower, South Harting School, the Alver Arts Festival in Gosport and Victorious at the Dockyard. Fantastic fun.

It’s a diverse group of writers: poets, short story writers, young adult novelists and crime writers. What binds us together is a commitment to writing.

Do you think BookFest is an important feature in the Portsmouth calendar, and what does it do for the city and local community?

BookFest is an important event for a city like Portsmouth. Publicity often centres on illiteracy, rather than noting our history as a home of great literature, from Dickens, Wells, Kipling and Doyle to Neil Gaiman.

I don’t think we’re yet reaching all the city’s readers. In its fourth year, BookFest’s funding is constantly threatened. Yet the Guildhall was full for Neil Gaiman’s event. Wouldn’t many of these readers enjoy other events? It takes time to get the word out. Information is key: when people see the creative energy in the city, it fuels further creativity.

It’s also important to support our local bookshops. Sure, you can get things online, but there’s such joy to browsing in a real bookshop, asking a bookseller for advice, discovering new gems.

How do you feel these literary events and festivals support new writers?

I sat at the Edinburgh Book Festival a few years ago, wishing I was in it. Two years later, I was. And the way I got published was by having a chance to attend and read in book events.

Writers need to talk. We can learn so much by writing for an audience; and it’s thrilling for an audience to find new exciting voices, and to follow them moving towards success. Thanks to Bookfest for hosting us, and to websites like yours for helping spread the word. 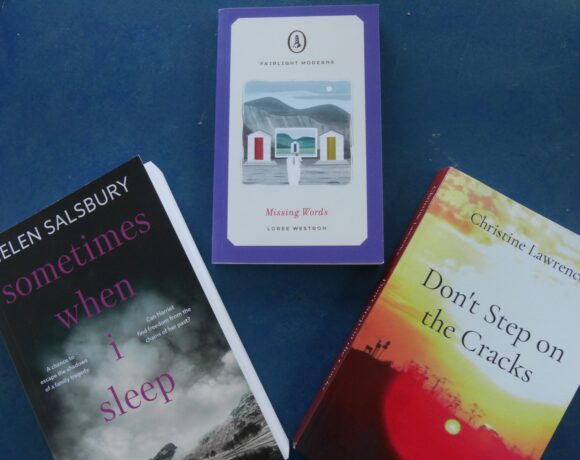