In 2010, Selma Adzem took the huge step to move to England to establish herself as a solo artist.  She formed Selma & The Sound, a transient collective of musicians from Yorkshire and during this time, she discovered her true passion for composing music and writing lyrics. The freedom of being an independent singer and songwriter has given Selma the chance to write and compose for producers across Austria and the UK as well as commanding huge popularity in her home nation of Bosnia.

Now living and playing in Portsmouth, Selma is hosting a launch party for her new album on Saturday 3rd August at Club V in Fareham.  The night is promising to be a fantastic event and is being used as a precursor to her appearance at this year’s Victorious Festival.

The evening kicks off at 7.30pm and will see Selma joined by some specials guests for the evening.  Tickets are £5 and are available from Club V on 07825 879159 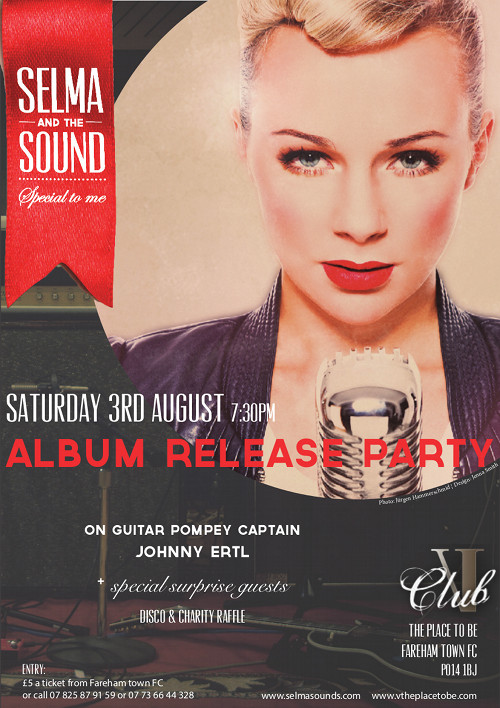