Southsea’s heaviest band to feature on the Blissfields line up are Belligerence. It was over ten years ago when the idea of starting a band first came to David Harvey (lead guitar) and Tim Brock (vocals). In 2007 Belligerence was born, Craig Copland (rhythm guitar), Chris Charles (bass) and Lee Barrett (drums) now complete the line up.

The guys sound great on record but it live on stage where they really come alive. I’ve seen these guys play plenty of times over the years and they are always one of my highlights at Southsea Fest when they play the Deco.

You can find out more about the band on their Facebook, Twitter, YouTube and Tumblr pages. In 2012 they released an EP titled ‘Now Here’s Your Secret’. This is available to purchase on iTunes for £3.95.

You can see Belligerence at the Hidden Hedge Stage from 8:15pm. This will sadly be Dave Harvey’s last show with the band so you can be sure they will be putting on quite a show to say goodbye to him. Fear not this isn’t the end of the band.

Outside of Blissfields you can catch Belligerence at the Edge of the Wedge, Albert Road on 27th July, more info can be found HERE. 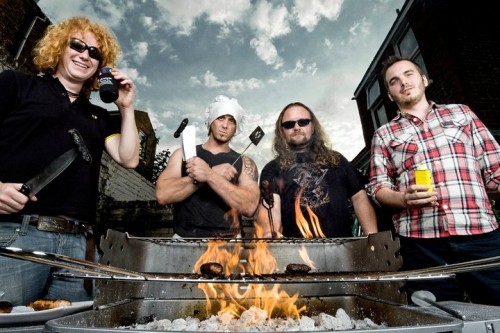