Drunken Dogs at The One Eyed Dog – This Thur...

Southsea in an Instant, An Ins..

Drunken Dogs at The One Eyed Dog – This Thursday

Don’t forget that Strong Island Recordings return with ‘Drunken Dogs’ for a very rare event at The One Eyed Dog with Arrows of Love, Munroe Effect and Is Bliss on the 25th April for just £3.00 entry. The Dog don’t do very many LIVE nights so we are stoked to be able to bring this night to you. Big thanks the Joe Collis for letting us put this night on.

Arrows of Love have been getting positive press everywhere from Artrocker to Front magazine as well as airplay from the likes of Lauren Laverne, John Kennedy, Zane Lowe, Huw Stephens, Steve Lamacq, Rob Da Bank and Tom Robinson. With their sound crossing between grunge and punk Arrows of Love always ensure riot like mosh pits. There is good reason Kerrang! has named them one of the 2013’s most engaging new bands. Pick up a 7” vinyl released on SIR that night. make sure to have a good listen over at Soundcloud.

Really excited about these guys being on the bill. Munroe Effect will ensure tinnitus for all with their post hardcore/math rock sound. Amazing band, check out their album HERE.

Is Bliss will be bringing their 90’s influenced grunge and shoegeaze influenced sound to ensure a ‘rampage’. Check out their video Touch over at their YouTube site HERE. 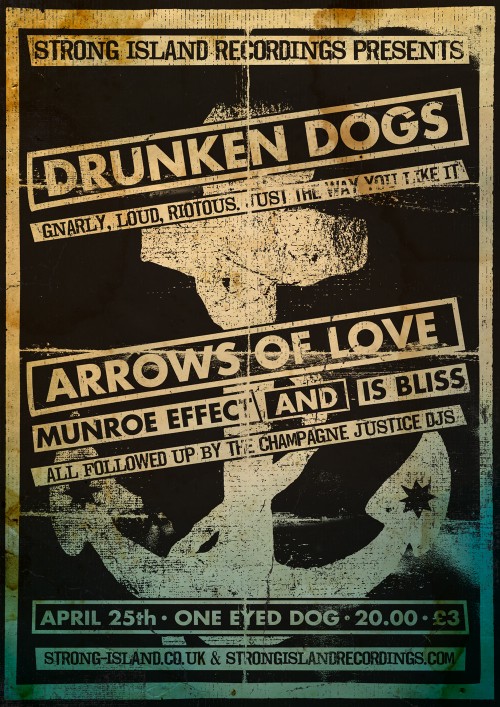