Following the success of the Hollywood blockbuster Les Misérables, Portsmouth Historic Dockyard is thrilled to have the Academy Award® and Bafta nominated costumes from the film on display for the first time in the UK, courtesy of NBC Universal Archives & Collections, this Easter holiday.

The special exhibition will feature nineteen costumes and a selection of props. Included will be Hugh Jackman’s Valjean convict costume that he wore in his Portsmouth scenes, various costumes worn by Anne Hathaway as Fantine, Isabelle Allen and Amanda Seyfried as Cosette, Natalya Angel Wallace and Samantha Barks as Eponine, Helena Bonham Carter as Madame Thenardier, Colm Wilkinson as the Bishop, Daniel Huttlestone as Gavroche, Aaron Tveit as Enjolras and various other colourful clothing and items iconic to the film.

Portsmouth Historic Dockyard with HMS Victory and Portsmouth Naval Base were both used as locations in the film, giving Hooper the ideal backdrop he needed for the film’s opening sequence. It is in No. 9 Dock that we first meet Valjean, alongside the other convicts, as they haul a massive ship (based on HMS Victory) in for repair. Soon after, Javert hands Valjean his precious ticket of leave. Using one of the base’s dry docks, normally used to repair vessels—and which the crew ironically filled with water so it would appear as if the convicts were pulling the battered ship out of the water—presented one of the biggest logistical challenges on the film. The camera crane, the wave and wind machines and the rig with the ship’s ropes had to be craned into the dock during a very short window of preparation, given that the production had chosen to use one of the massive functioning docks. On shooting days, navigating cast and crew down the very steep and wet steps to the docks was seriously hair-raising, and the production team said it was a small miracle that the unit left that location without injury.

The exhibition runs until 14th April and entry can be gained with a ticket to Portsmouth Historic Dockyard or its attractions or can be purchased separately priced at Adult: £5, Senior: £4, Child: £2.50, Family: £12.50. 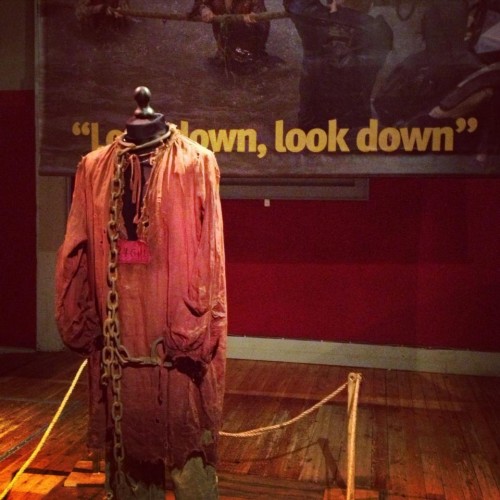 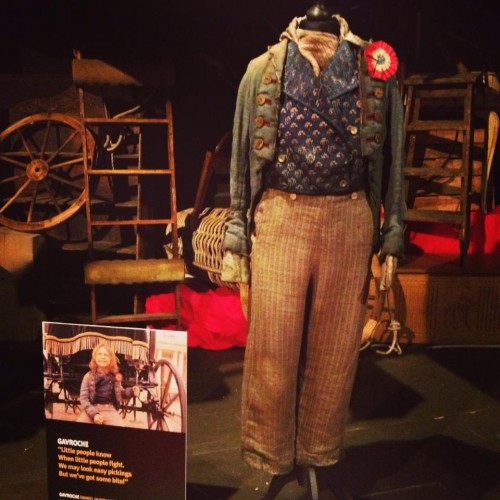 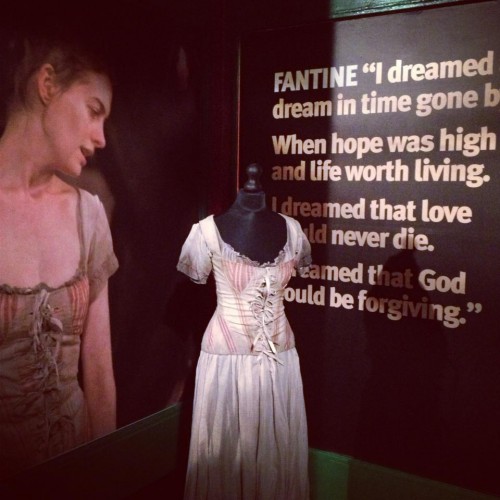 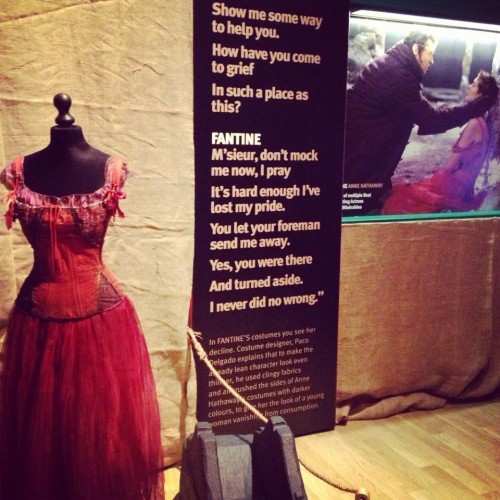