So, this is later than most end of year album round-ups, and it’s mainly because I kept thinking of things I’d forgotten. I actually ended up with a list of 65+ and even then I’d left off notable releases from the last 12 months. Thing is, it just stopped being any kind of representation of what I would recommend and became more like a comprehensive list of anything that wasn’t rubbish. So I went back and revised and compiled a far more disciplined and honest reflection of what I dug last year.

My favourite album of the year was Fear Fun by Father John Misty. An absolute surprise which I loved from the first time it played through, injecting old country soul with a knowing irony and self awareness that made you think of Jarvis at his acerbic best, he produced an album that would sit comfortably next to another under-rated gem from Jeff’s dad, Tim Buckley; ‘Greetings From LA’. Other constants on my iPod have been the undeniable Tame Impala, the breathtaking How To Dress Well and my new crush Cat Power, who I’ve come to late, but now really like, her album instantly inspired me and at the end of the day all the music that has ever stayed with me has echoes of what I might create myself. I included the twin towers of Zeitgeist; Django Django & Alt J for fear of being screamed at, but personally I think they’ve suffered from the hype a bit. It was, on reflection, a big year for folks from the Britpop years, thankfully no boring retreads though, Dodgy channeled a pastoral charm that they always had but seemed now comfortable to push to the fore, Martin Rossiter and Tim Burgess both released stirring and confident solo albums, the latter recording what is essentially a Tim Burgess led Lambchop album with Kurt Wagner of Lambchop writing and producing (no bad thing at all), Richard Hawley continued to carve out his Johnny Cash fronting The Verve niche and Jason Pierce returned with a Spiritualized album that just sounded like a great fucking Spiritualized album. Creating a massive future-past effect were a few acts that stood out to me, the ever mental Black Moth Super Rainbow, Polica and Animal Collective, who were back to a full team after the depleted numbers of the still amazing Merriweather Post Pavilion. Best lyric of the year I think has to go to 2 Bears; “See fellas, we got your girlfriend thinking, I never loved a bear but tonight I’ve been drinking”. Amazing.

Anyway, I really could go on, but it’s probably best I don’t and you just check out the list for yourselves, and remember it’s an album list, so check out each one in it’s entirety if you have the time or inclination, there are some absolutely banging tracks hidden amongst it all, and if you want the full unabridged round up of the year, that link’s at the bottom too. Now where’s my guitar…

You can also grab Charlies full years round up HERE. 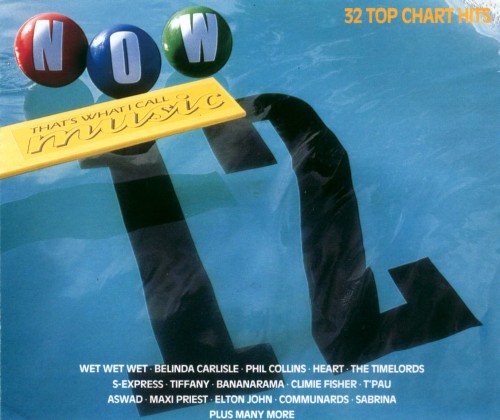