Jim at Starfish Design sent over this photo he found of a Red Funnel Steamer picking up, or dropping off, at the end of South Parade Pier sometime in the 1930s. The streamer would have been on route from Southampton over to the Isle of Wight, or vice versa. It’s totally packed out, and even the beach is rammed. I’m loving the old bandstand that once stood at the end of the pier.

I found a few more photos and some information on the Lorna Doon over at www.simplonpc.co.uk. Apologises for the lack of cool vintage stuff lately. Busy, busy bees over at Strong Island HQ (The Sofa).

“Lorna Doone was built in 1891 for Bristol Channel work, but was unable to compete with the strong P & A Campbell fleet. She was brought to the South Coast, sold to the Southampton Company in 1898. Lorna Doone originally had a norrow fore saloon and open foredeck. She was re-boilered in 1898 and received two funnels, reverting to a single funnel when it was deemed necessary to re-boiler her again only two years later. Her promenade deck was later extended to the bow, and she received a full width fore saloon. Her funnel colours were originally white (later with black top) before receiving “Red Funnel” colours in the 1930s. Lorna Doone was not refitted after the second war, being scrapped in 1946.” 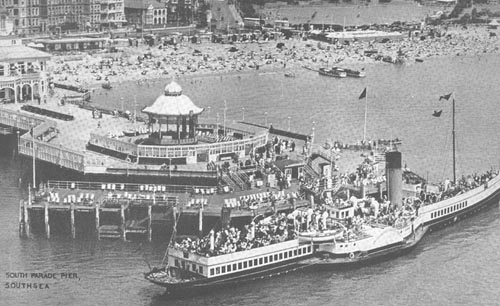 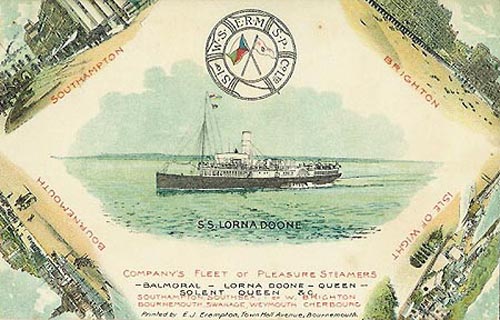 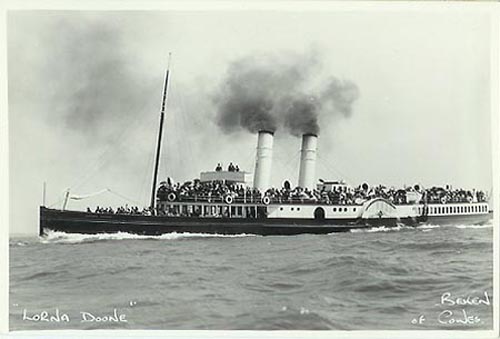 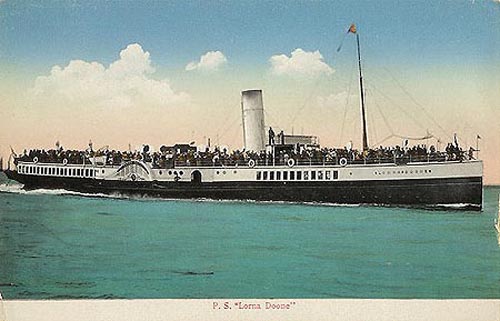 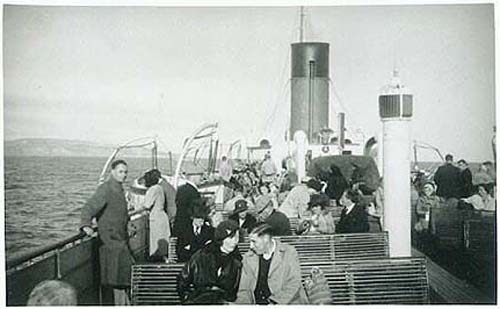