Southsea and Portsmouth by Phi..

The DVMISSION 48-Hour Film Challenge is now six years old. It’s grown to be an annual extravaganza with over 250 amateur and professional filmmakers taking part every year.

This year’s challenge will be taking place from the 14th to 16th October 2011, This includes the giltzy + infamous Premier Night with film screening, awards ceremony and after party. The 2011 Premier will be held on South Parade Pier – Portsmouth UK.

Teams are given a film ‘title, genre and line of dialogue’ at 17.00hrs on Friday night. They then have just 48-Hours to return with a finished two-minute film. Come and see the 2011 films at this year’s DVMISSION Premier Night

The challenge is now open for applications. Please visit www.dvmission.co.uk to find out more and see previous challenge films / photos.

“If the idea of writing, storyboarding, filming, editing, adding sound and rendering a whole movie in 48 hours sounds crazy, then you’re right. This is an endurance test of both human and machine.” Jinx Prowse MISSION Director (2010) 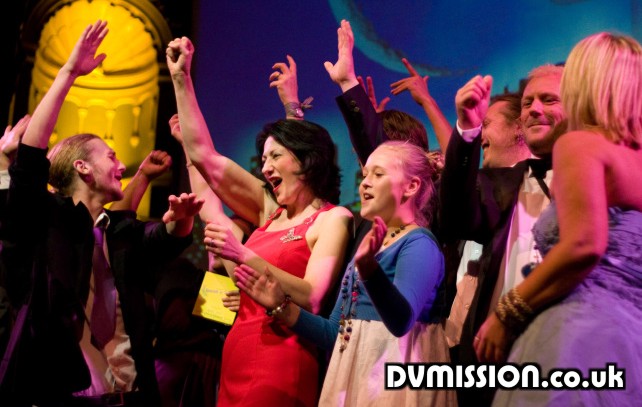