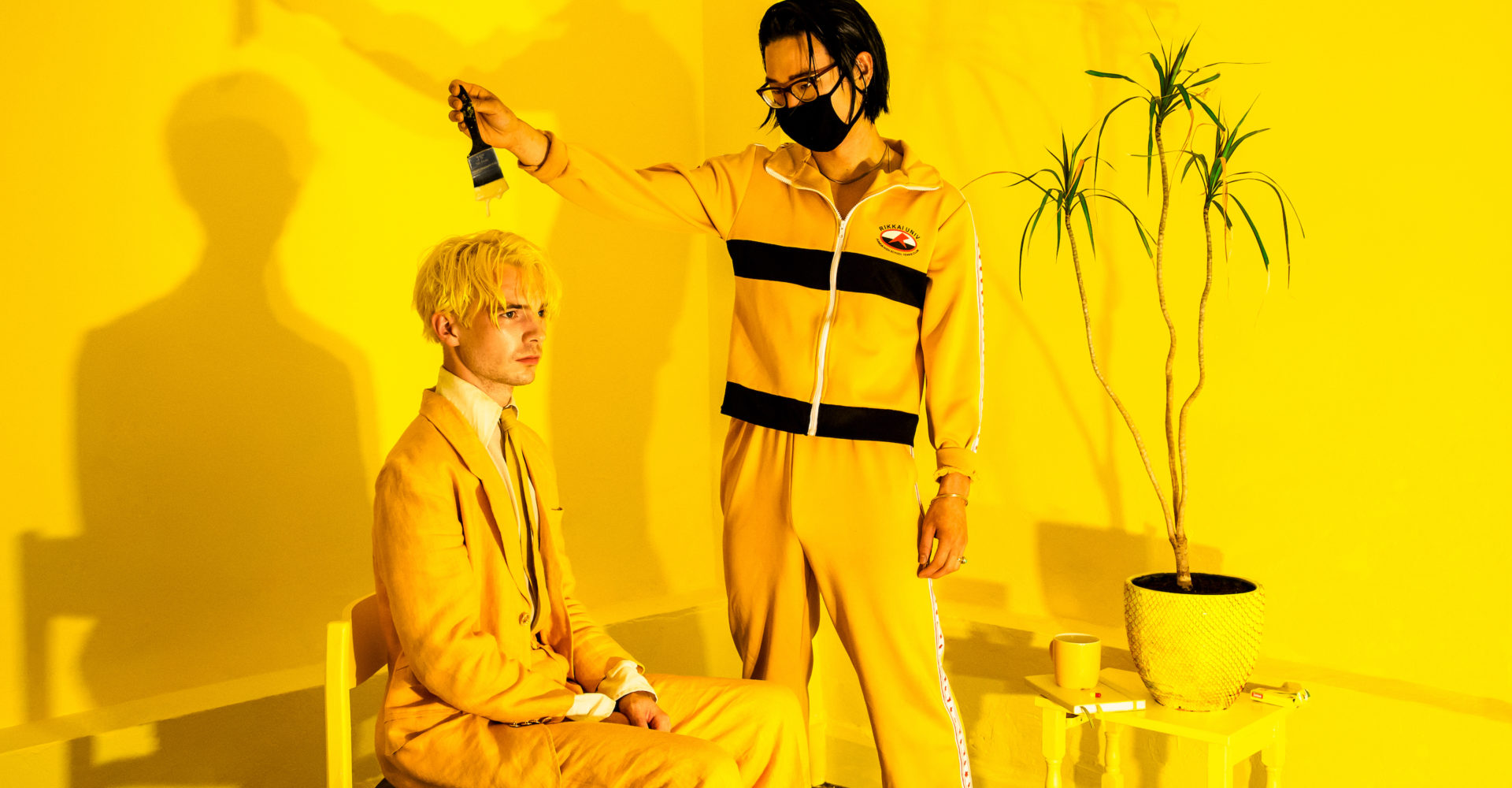 British/Korean duo, Wooze, have just released their debut EP, What’s On Your Mind? on Young Poet Records. Theo Spark and Jamie She formed Wooze in 2017. The band’s name is a rough phonetic translation of ‘space’ in Korean (우주). Thematically, Wooze’s lyrics are rooted in the uprooted – memory loss, identity crises and ultimately, a fundamental feeling of detachment and estrangement. Describing themselves as heavy pop, galactic rock and Pansori for the 21st Century (a traditional Korean music genre that consists of a drummer and singer storytelling through music), Wooze are here to baffle, excite and entertain.

What’s On Your Mind? features lead single and it’s equally impressive video, ‘I’ll Have What She’s Having’, which has seen support from both BBC Radio 1 and Radio X. The second track is ‘Cousin Paul From Paddington’ which comes with a live video, which the band handpicked 10,000 rose petals for and the final track is ‘Zeus’ Masseuse’.

Fresh from their performance at last weekend’s Great Escape Festival, the band will be taking over Southampton’s Heartbreakers this Thursday. I have been fortunate enough to have time to catch up with the band.

Could you tell me about how you initially got involved with music and who influenced you most?
We got into music mainly through each other. We were both big fans of each other’s solo stuff when we first got to London for art school and uni and started covering each other’s songs and writing really early material together. After making a few bands together and being in lots of friends’ bands we decided to start WOOZE which was the first truly collaborative project.

Could you tell me about how the band came to be formed?
We were living in a disused builder’s depot which we called Muddy Yard, which became the epicentre of a little art scene that consisted of lots of artist friends and ourselves. The art side is masterminded by an artist called Alex McNamee and we took care of the musical part. We held monthly art exhibitions and we needed a house band to play at the afterparties, and as we were living there we, almost through necessity, had to slot into that role. We were actually starting another project which was a claymation rock opera called “The Devil’s Pawnshop” but that had to go on hold as the music took off quite quickly and animating our ten episode claymation would have taken us a couple of years non-stop work.

Can you describe how you felt after you’d released your first single?
Single and ready to mingle.

For those who are new to your music which three tracks would you encourage them to check out first and why?
We like to go back chronologically so Zeus’ Masseuse, Cousin Paul from Paddington, and I’ll Have What She’s Having.

Over the years has your approach to performing live changed and if so how?
Not really. We’ve always held a pretty firm belief that we wanted our shows to be far more than the typical meat and two veg guitar band performance, even though to a certain extent we are a meat and two veg “band”.

How do you feel when you share your music for the first time? Do you prefer to share new music live where you can see the crowd’s reaction first hand or online perhaps?
We feel a bit like John Hurt in ‘Alien’: that bit where he releases his debut EP. Generally the song can only improve as time goes on. It’s exciting when it’s written, then more so when it’s released and hopefully it gets bigger and better with each performance.

What bands and artists are you currently listening to and how are they inspiring you to explore and implement new ideas with your music?
We’re meeting more as time goes on. Our friends Pleasure Complex, Xi, Grace Lightman, Show Boy, Pixx, Jessica Winter, Wetter …(The list goes on). They’re all inspiring. Also, Balming Tiger from Korea are awesome.

What can those fortunate enough to have tickets expect from your live show?
Wooze, or their money back.

What can we expect from you over the next twelve months?
We’re looking forward to playing festivals in Korea in October. In the meantime, aside from other shows, we’ve got big plans for the next release which are currently tucked up our sleeves.

Support at Heartbreakers comes from Wetter. The four-piece rock band that literally aims to make people wetter by working them into a sweaty mess with their high octane rock n roll live show. The band have been attracting attention, not only for their unique music and high energy shows but also for their artistic photos and music videos. Following the success of their EPs and singles, the band appeared at many of Korea’s premier music festivals including, Jisan Valley Rock Festival, Grand Mint Festival and Pentaport Rock Festival.