Preview: Drenge at The Wedgewo.. 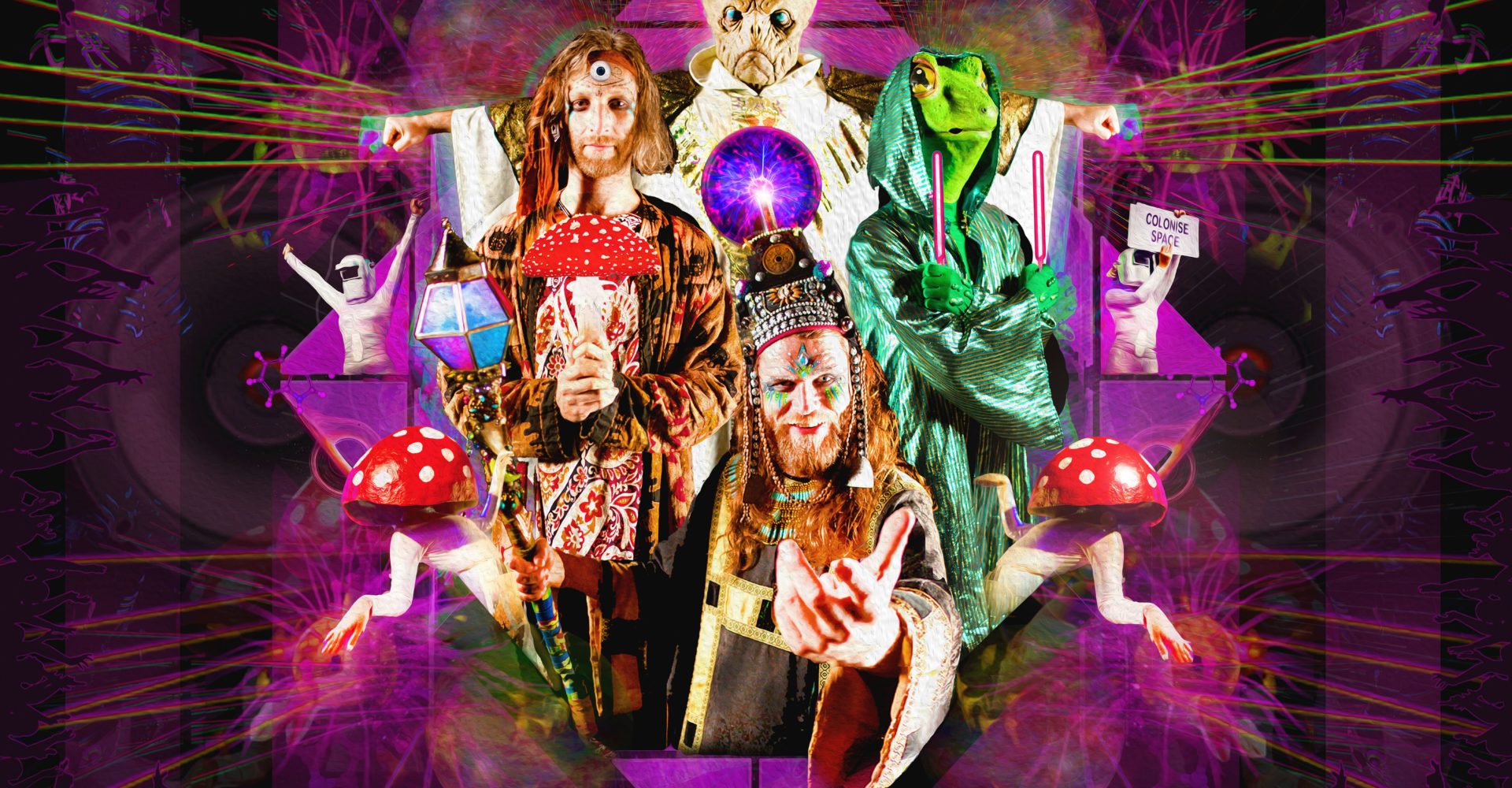 Alien ravers HENGE have recently launched their new single, DEMILITARISE, with a tour and video that pays tribute to one of their favourite Earthlings – Professor Stephen Hawking. Before he died one year ago, Professor Hawking, the visionary physicist and cosmologist, said he believed that human aggression could bring civilisation to an end and that space travel was needed for the species to survive. To mark the anniversary of his death on 14 March, HENGE released their crowd favourite, which urges the human race to follow Professor Hawking’s advice and colonise space.

The release is supported by a full HENGE tour of the UK and Ireland and the band have also been confirmed to appear at numerous summer festivals including Bearded Theory, Shindig, Balter Festival, Bluedot and Camp Bestival, and were the first band to be announced for this year’s Glastonbury Festival. Their live show is becoming more legendary with each performance and they were announced as Live Act of The Year at the 2018 Independent Festival Awards.

HENGE is a band of extra-terrestrials that bring with them the sacred sounds of Cosmic Dross – a musical form known in other parts of the universe that has, until now, never been heard on Planet Earth. There are no human words to adequately describe the Cosmic Dross experience.

HENGE have come to Earth in the name of rave to spread their message of love and harmony and if you feel the call to experience this they will be playing at The Joiners in Southampton on 5th April.