Review: The DMAs at Portsmouth..

Review: Reef at The Engine Rooms 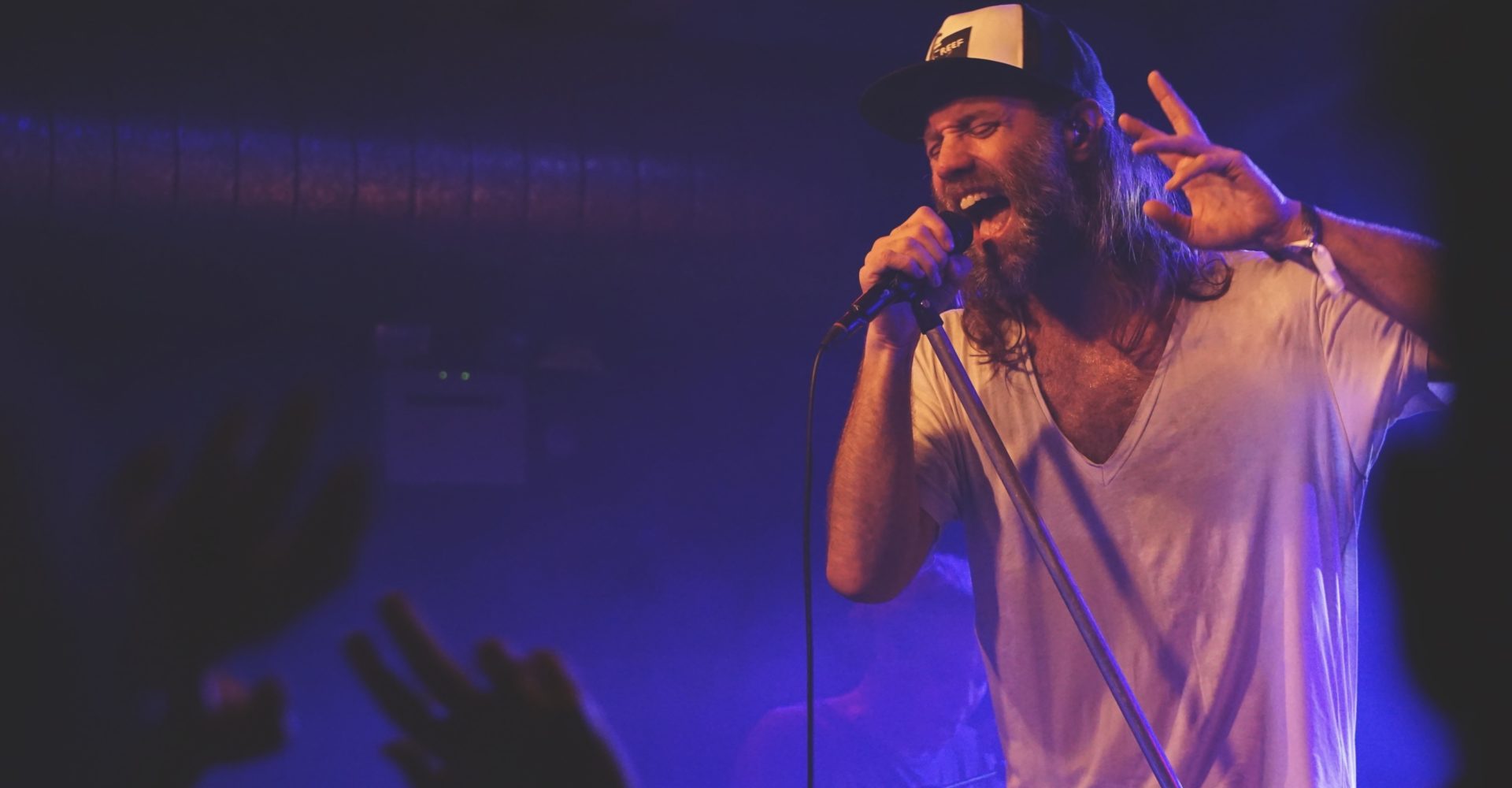 Review: Reef at The Engine Rooms

Whenever I hear a Reef song, I’m instantly transported back to my university days, where my pint of Snakey B was about to get thrown all over the place at either the Lemon Grove, Timepiece or any of the clubs on the Quay Side!  They were a band that the moment you heard the first couple of chords, a smile would spread to your face and instantly your mood would improve.  For these reasons, I was worried that the rose-tinted glasses from the late 90’s may get spoilt from seeing them some 20 years after their first outing into the music world.  So, with a slight bit of trepidation, I arrived at the venue to see what the evening would hold.

Broken Witt Rebels kicked the night off fantastically, with a great set which incorporated soul, blues, rock and electronica perfectly.  The majority of their songs came from the self-titled album which was released last November, although this was not their first time playing in Southampton.  They appeared to have quite a large following, as a large proportion of the crowd knew their songs and were singing along to them very enthusiastically!  Their set was really well put together, covering a wide range of their songs, so that they showcased their talent perfectly.  Their lead singer, Danny Core, put on an amazing performance which the crowd really appreciated.  It really felt that he was listening to what the crowd wanted, and you could see that it was being so very well received.  At this stage, I felt suitably impressed, so my concerns about Reef living up to my memories were already long forgotten!

There was a slight delay in the band coming on, but all that did was add to the feeling of excitement that you could feel around the room.  The majority of the fans looked like they grown up with the band, which gave the place a really good atmosphere, as it meant that it was full of true fans.  When the band came on stage, the crowd erupted into applause which Reef genuinely looked to be taken aback by.  They took all the energy from it and went straight into their first song, which I think was from their first album.  The whole crowd knew it and began to sing along with every single word that Gary was belting out.  The band itself looked a lot different to what I remembered from back in 1998, but you could not mistake the gravelly tones that made each song something special.  The band had matured rather than aged, as you could still feel the energy and passion that they had for their music with each chord and word that came from them.

The band itself looked a lot different to what I remembered from back in 1998, but you could not mistake the gravelly tones that made each song something special.

The first few songs went by in a flash, with Gary really working hard with the crowd, jumping down into the pit to get that bit closer to them all.  He looked like he was having a great time, which was mirrored by everyone on the other side of the barrier.  When he eventually made it back to the stage, he waited for things to settle down slightly, before the first notes of Consideration came out.  The whole crowd seemed to know exactly what was happening, as they all started to sing along in unison.  At times, you found it hard to distinguish the band from the fans, as they were putting so much into it as well!  Reef mixed up their set quite a lot, with a number of classic tracks alongside ones from their new album.  Every single song sounded amazing, with the gravely and gruff tones really adding an extra layer to it.  Even though the crowd were loving every minute, there was a building expectation as to when they were going to play their most recognised song!

Reef mixed up their set quite a lot, with a number of classic tracks alongside ones from their new album.

The moment the first riff from the guitar rang out across the room, all you could see were hands in the air and hundreds of bodies jumping up and down, with huge wide grins on their faces!  “Ohhh place your haaaaaaaaaaands……….” suddenly came out from all directions, with the whole crowd singing along at the top of their lungs!  There was no way that you couldn’t appreciate this and get involved, such was the energy that came from both the crowd as well as the band.  In those 3 minutes, I was transported back to university days, with a massive smile on my face and words flowing from deep inside!  You could tell that the crowd have heard what they had come to hear and with a sense of satisfaction, they closed their set with Precious Metal from their new album and then Yer Old from their 1996 album, Glow.

The crowd weren’t finished though, which left the band coming back onto stage for their encore with chants of Reef echoing through the venue.  Their encore was Just Feel Love, Come Back Brighter and finished with Comfort.  You felt that they could have carried on all night and the crowd would have loved every minute of it.  They may have grown up since they started off 20+ years ago, but they certainly haven’t lost their edge or passion for what they do.  I was so relieved that they lived up to what I remembered them to be, that I couldn’t help but smile as I wandered into the crisp air outside the venue, with song lyrics still flowing through my head!  Thank you guys!  You were awesome!

Words and photography by Jon Gray