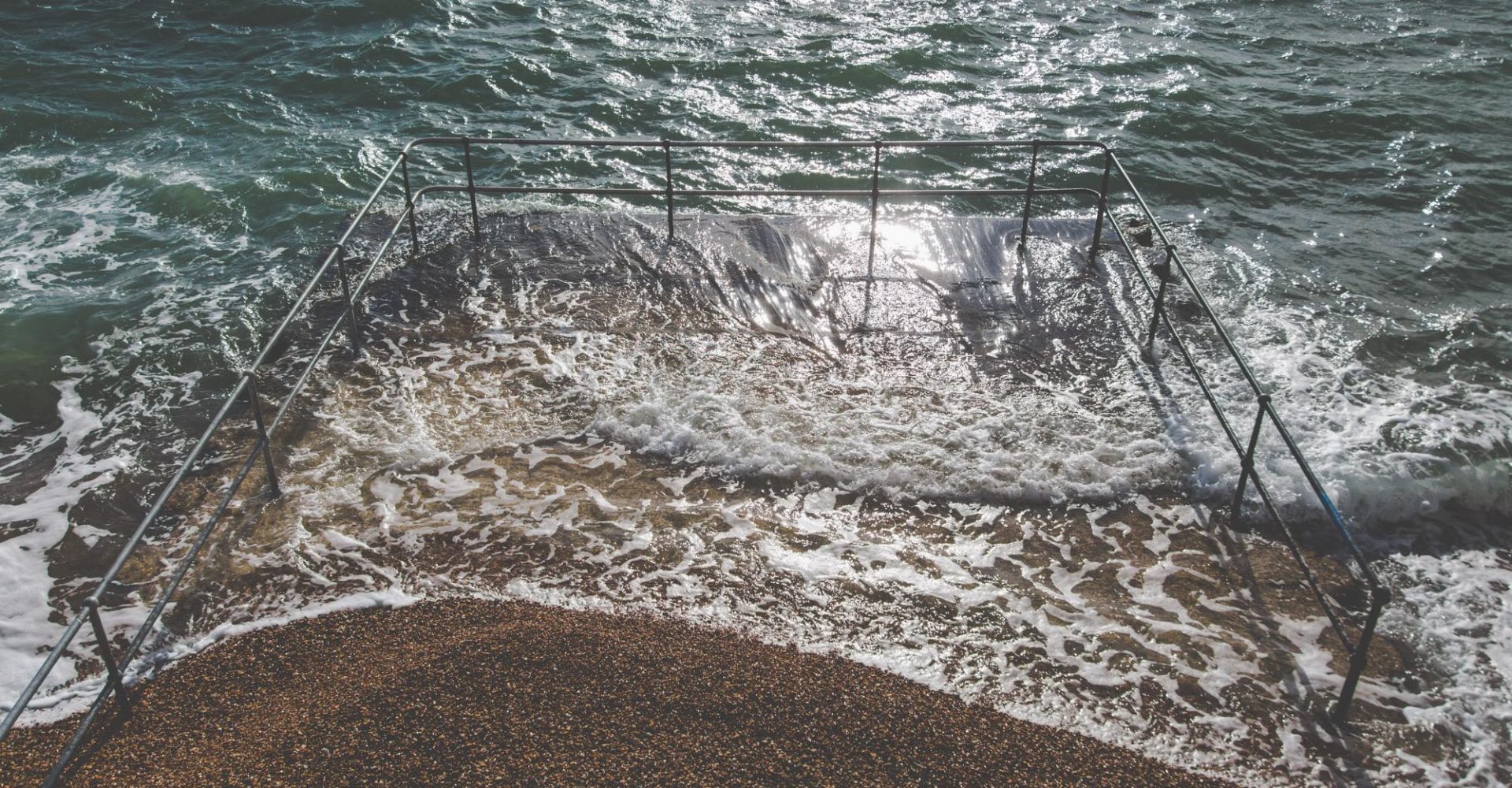 Many of you will hopefully be aware of the Southsea Coastal Scheme. Paul, Tristan and I are probably like many of you, aware that something is happening but not quite sure what exactly is being proposed. So the three of us decided to take ourselves to their consultation events at the Aspex Gallery in Gunwharf Quays.

I’ll openly admit that I was impressed with their presentation and explanation of the project. When the news first broke that a huge sum of money was to be spent on coastal defences, many questioned whether these funds could be better spent elsewhere. Given that public services continue to be underfunded this would be an understandable point of view. However, the grant was mostly coming from the central government and if the grant wasn’t being used by Portsmouth then it would be sent to shore up sea defences elsewhere in the UK.

The seafront has taken a battering during some heavy storms in the past few years. We all remember the flooding of Southsea Rock Gardens and the galaxy of starfish that were swept onto the beach. Yes, that’s right, a group of starfish is a referred to as a galaxy. The current defences are reaching the end of their lifespan, with parts of the structure dating as far back as World War II.

I think we all appreciate that it’s vitally important that we adapt our coastline to reduce flood risks in the future. If improvements are not undertaken the current defences will continue to deteriorate with an increased risk to property and lives. Rising sea levels and the increase in extreme weather events predicted over the next 100 years will continue to put Southsea’s coastal defences under increasing pressure. The scheme is not just looking at keeping the immediate seafront safe, but also areas further inland which you might not expect to be at risk. In 1821, a severe storm caused the sea to overtop the beach between Southsea Castle and Lumps Fort. The water reached as far as Marmion Road, which is nearly half a mile inland. Granted an event like this is rare but not beyond the realms of possibility.

The project has split the seafront into three areas, western, central and eastern. The western area has provided significant challenges and design constraints due to the number of important historical structures. The scheme continues to work closely with Historic England to come up with a design proposal that is acceptable. The proposal provides the level of flood protection required and replaces the existing failing defences.

There have been some interesting options raised with regards to the promenade between Clarence Pier and the D-Day Museum. There are two options, to fully pedestrianise the promenade, or retain vehicle access and seafront parking using a one-way system. A dedicated cycle path will also be retained. There are many benefits of fully pedestrianising the route but I cannot imagine that is going to be popular with visitors from outside of Southsea who aren’t able to walk or cycle to it. Making the road slightly smaller and having a one-way system seems like a fair and reasonable compromise.

Have your say on the plans by completing a short survey online.

One way road system with parking

The area by the Bandstand and Southsea Castle have also involved Heritage England in the design process. Based on what I have seen, the raising of the ground and the rock revetment shouldn’t impact the appearance of that area as far as I am concerned. The area behind the Pyramids has borne the brunt of storms in recent years and in my opinion, the proposed improvement of raising the height of the promenade and introduction of a wall shouldn’t detract from that area.

One of my favourite sights on the promenade is the ornate street lamps along the seafront. I was informed today by Gareth Colwell, the Communications and Engagement Officer, that these will all be staying. He explained to me that every single one of them are listed structures. They will be removed during the construction process but returned afterwards to avoid damage.

There are two very interesting options for the surrounding areas of South Parade Pier, both require alterations to the promenade either side. The rip-rap rock placed on either side of the pier for will stretch for 100 metres and is required to reduce wave energy. This will not cut off the beach area but you will need to walk around the rocks to access it.

My prefered of the two options would be the lowering of the promenade which will create a new plaza space. This would allow for potential commercial units to be added in the future. This is something that I like the idea of, just look at the success of Southsea Beach Cafe. I would love to see more high-quality independent street food vendors or maybe a little Rum bar pitch up there.  The option of commercial units is not down to the scheme though, this would have to be implemented by Portsmouth City Council.

The alternative would be to maintain the current layout of a raised promenade but with the addition of a 1.2m high wall on the seaward side of the promenade.

South Parade Pier’s promenade if is lowered to road level

South Parade Pier’s promenade if kept at the existing level

Southsea Coastal Scheme’s 3D artist imagination of the seafront by South Parade Pier if the promenade is kept at the existing level.

The stretch between the pier, Canoe Lake and leading to Eastney Barracks present options which are very similar to the western area, the question again is whether it should be pedestrianised or vehicle access. As with the whole stretch, there are plans for more/easier disability access.

Based on what I have seen and heard I am quite positive about the schemes proposals. From browsing online, the majority of negative comments are from people concerned about the potential pedestrianisation. I share those concerns as that would likely lead to visitors parking in already busy nearby residential streets. The disruption caused by the construction isn’t ideal but it will be completed in phases which should hopefully minimise the impact to seafront’s visitors.

If you would like to know more and speak to the team involved then there is still time to make one of their public consultations.

If you are unable to attend any of the events and you would like to know more then all of the consultation materials are available on their website which is linked below. I have only briefly touched on the main talking points so I would encourage you to check it out for yourself. The team are keen to hear from the public, especially 16 to 40 year olds who appear to be underrepresented at the moment. Have your voice heard by completing the survey which is available here. The deadline for responses is August 5th.