Slaves’ success began after taking to the stage dressed like hipsters, and surprising audiences with their energetic and sweat-soaked gigs which often ended with one or both of them shirtless.

After being named on the BBC’s Sound of 2015 list, the duo started featuring frequently on primetime radio. The band’s primal songs throw together a noisy combination of punk sound with eclectic narratives about suburban life and manta rays. This welcome change from the usual genres that dominate daytime radio generated a huge fan base for Slaves in a short space of time.

The band started their first headline UK tour at Portsmouth’s very own Wedgewood Rooms and now they’re returning to the city to make some more noise at Victorious Festival.

Sure to play popular hits ‘Feed the Manta Ray’, ‘The Hunter’, ‘Cheer Up London’, and ‘Where’s Your Car Debbie?’, jumping around to a hectic set by Slaves is the perfect way to get energised and kick off a night of great music. They take to the Common Stage on Sunday afternoon, and if their track record is anything to go by, you can expect nothing short of havoc and mayhem.

For those of you who do not have tickets then you can find out more about how you can get involved here – www.victoriousfestival.co.uk/buy-tickets. 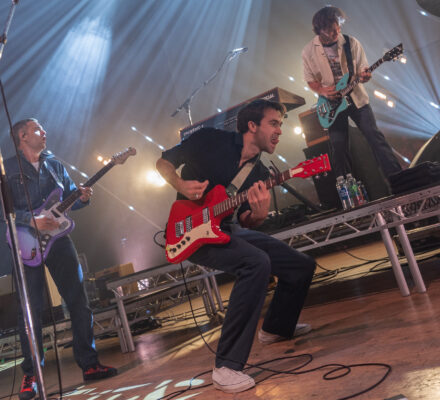