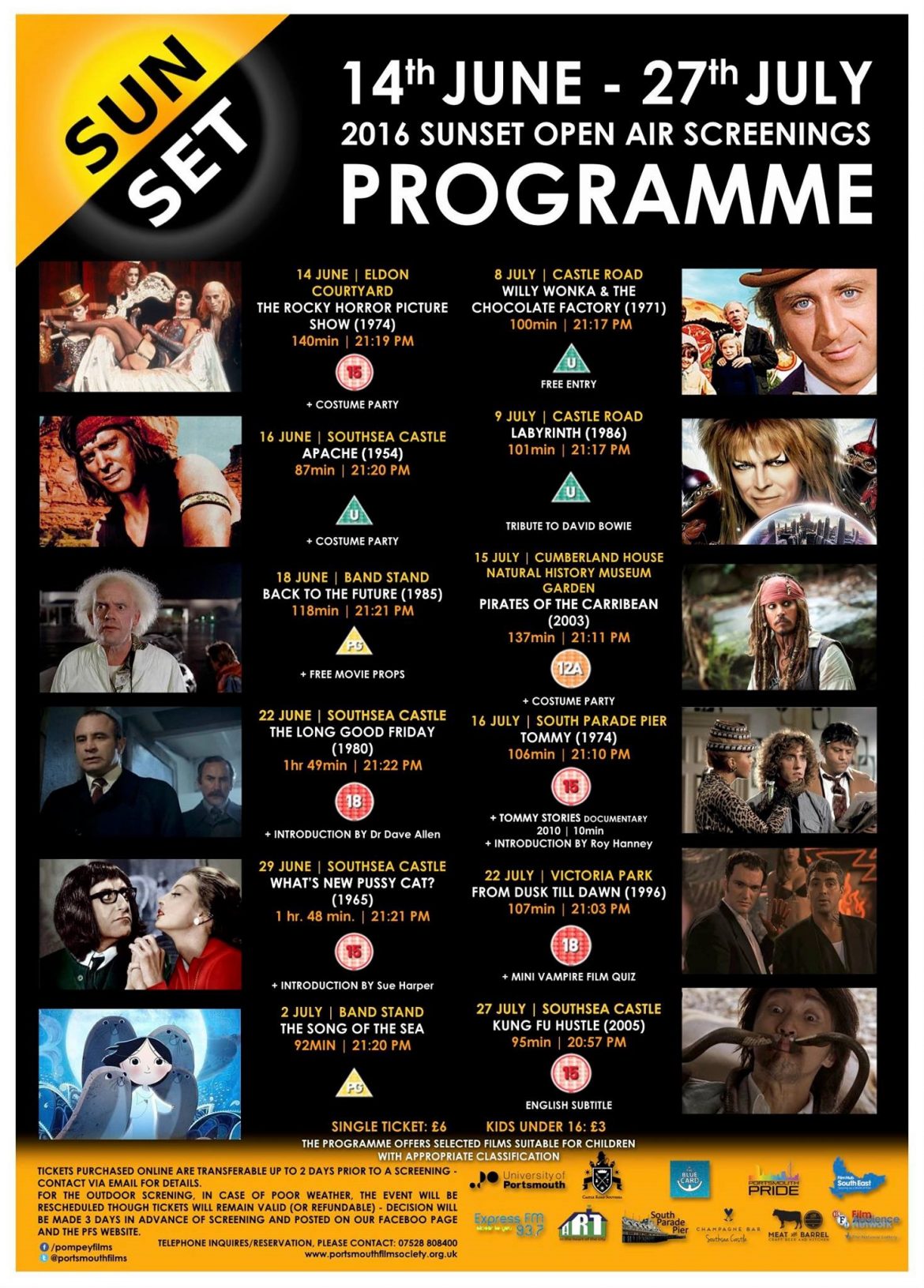 Summer’s approaching. Lucky for us, then, that the marvellous folk at Portsmouth Film Society have put together another cracking programme of open air screenings around the city. They’re in some stunning venues too; including Southsea Castle, The Bandstand and Victoria Park. With some of the events already sold out (I’m already kicking myself over Labyrinth), you’d better get in quick…

This low-budget cult classic/cultural institution concerns the misadventures of Brad Majors and Janet Weiss inside a strange mansion belonging to the mysterious Frank N Furter, that they come across on a rainy night. Richard O’Brien’s daring and diverse comedy horror musical still has the power to shock and delight. Come in Costume.

Based on Paul I Wellman’s novel and in turn inspired by a true story. Burt Lancaster plays Massai, a lieutenant of the great Apache warrior Geronimo. Though his tribe has surrendered, Massai refuses to do so. He escapes from a prison train and conducts a one-man war against the intruders-and against some of his own people.

When teenager Marty is blasted to 1955 in the DeLorean time machine created by the eccentric Doc Brown, he finds himself mixed up in a time-altering chain reaction that could vaporize his future and leave him trapped in the past. Powered by innovative special effects, unforgettable songs and non-stop action, Back to the Future is an adventure that stands the test of time!

This masterful British crime drama features a star-making performance by Bob Hoskins as Harold Shand, a successful London gangster whose world falls apart over the course of one weekend. When a bomb explodes inside his Rolls Royce, another bomb destroys a pub he owns and a third is found inside his casino. Shand can’t understand who would suddenly want him dead. Introduced by Dr. Dave Allen.

Fashion editor Michael James a psychiatrist to help with his inability to have serious relationships with the women he meets. Meanwhile, Victor Shakapopulis desperately tries to attract even one. Introduced by Sue Harper, Emeritus Professor of Film History at the University of Portsmouth, whose books include “Picturing the Past: the Rise and Fall of the British Costume Film”, “Women in British Cinema: Mad, Bad and Dangerous to Know”.

The last seal-child, Saoirse, and her brother Ben go on an epic journey to save the world of magic and discover the secrets of their past. Pursued by mythical creatures, Saoirse and Ben race against time to awaken Saoirse’s powers and keep the spirit world from disappearing forever. A wonder of magical storytelling and visual splendour that is destined to become a classic.

Enigmatic candy maker, Willy Wonka, stages a contest by hiding five golden tickets in five of his scrumptious candy bars. Four of the five winning children are insufferable brats: the fifth is a likeable young lad named Charlie Bucket who takes the tour in the company of his equally amiable grandfather.

Fifteen-year-old Sarah secretly wishes her baby brother Toby would just disappear. When goblins kidnap the boy, feeling guilty she sets forth to save him and finds herself on the adventure of a lifetime. She must sneak into the castle of the Goblin King in the centre of a fantastical labyrinth filled with strange creatures and mind-bending puzzles, where nothing is as it seems.

In Curse of the Black Pearl, Captain Jack Sparrow arrives at Port Royal in the Caribbean without a ship or crew. His timing is inopportune, however, because later that evening the town is besieged by a pirate ship. Captain Jack will save his love, the governor’s daughter, from his former pirate allies, who are now undead. Come in pirate-themed fancy dress!

A boy born and raised in post-WWII England grows up seemingly deaf and mute due to a traumatic experience in his youth. He eventually gains fame as a pinball champion, is billed as a messiah and attempts to lead a religious sect. Portsmouth locations abound.

After a string of robberies that left a river of blood in their wake, the sadistic Gecko brothers head to Mexico to live the good life. To get over the border, they kidnap a widowed preacher and his two children. The quintet park their RV at a rough-and-tumble truck stop but they soon realise that they’re not in a typical bar. 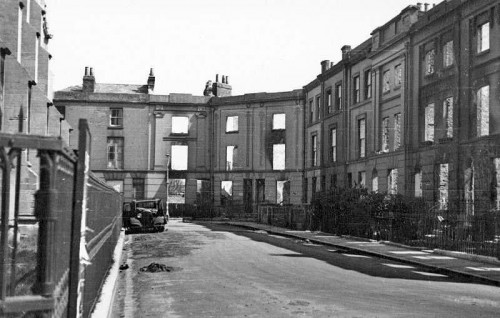 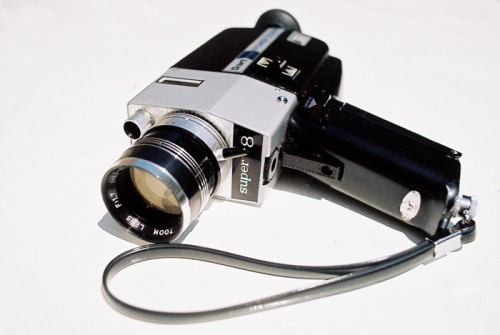 Local Film Students Looking For A Contributor To A Documentary