For the second year running we awarded three graduates at the University of Portsmouth Graduate Show with our Strong Island Creative Graduates to Watch Awards, a winner for Photography, Illustration and Graphic Design. We previously announced the winner Harry Stewardson for Graphic Design, now we’re looking at Photography.

As you could no doubt see the quality of work in the photography exhibition was really high, and picking a winner was a difficult choice. After a good look around and talking to the course leader and some of the graduate photographers the winner was announced, the Strong Island Creative Graduates Award for Photography for 2015 goes to Lina Ivanova.

Lina’s work in the exhibition ‘You Are Beautiful, My Forest’ consisted of three screens of film, running looped together. The work explored migration and how when countries diverge with shrinking and accelerating economic growth, the embracing of the new can mean the loss and the forgetting of the old ways of life. The first screen had a young girl looking off in to the distance off screen, singing with a sense of pride yet tinged with loss. The second screen shows hands clasping for purchase on tree roots, time and again slipping through from the wet earth. The third screen showed footage of possibly an international cultural conference, quietly remote and giving the work a deeper dimension.

The piece was inspired by a personal perspective and the medium of film stems from a found super8 camera and Lina’s first roll of film that once sent off sadly never returned. The work showed poise and confidence, the use of film carefully considered and understated. The work conveying the concept but challenging the viewer to consider their place within the bigger picture. As mentioned in the review of Photography previously, it was quite impressive seeing these international contemporary issues tackled with considerable visual dexterity and an honest, open dialogue. 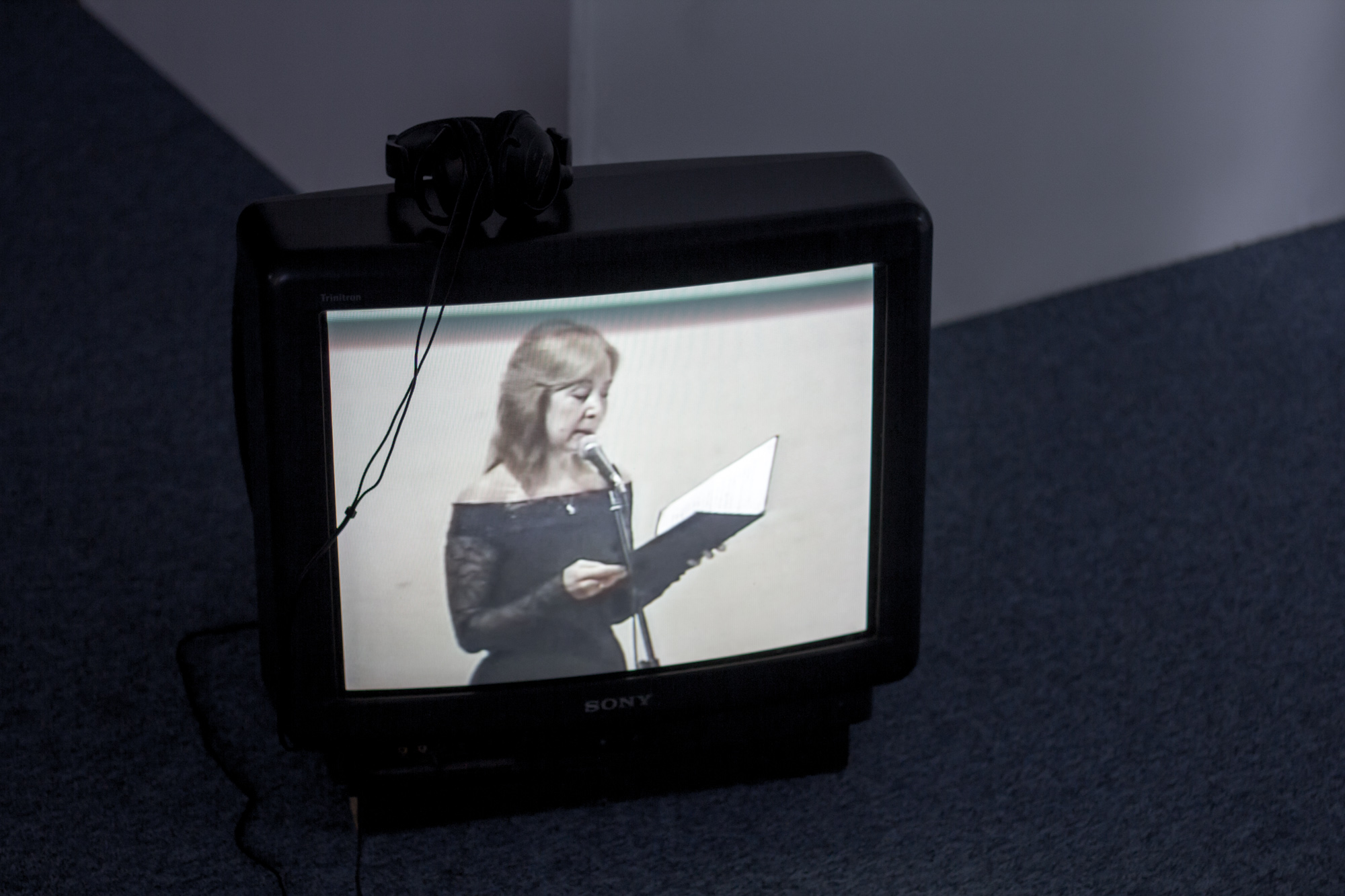 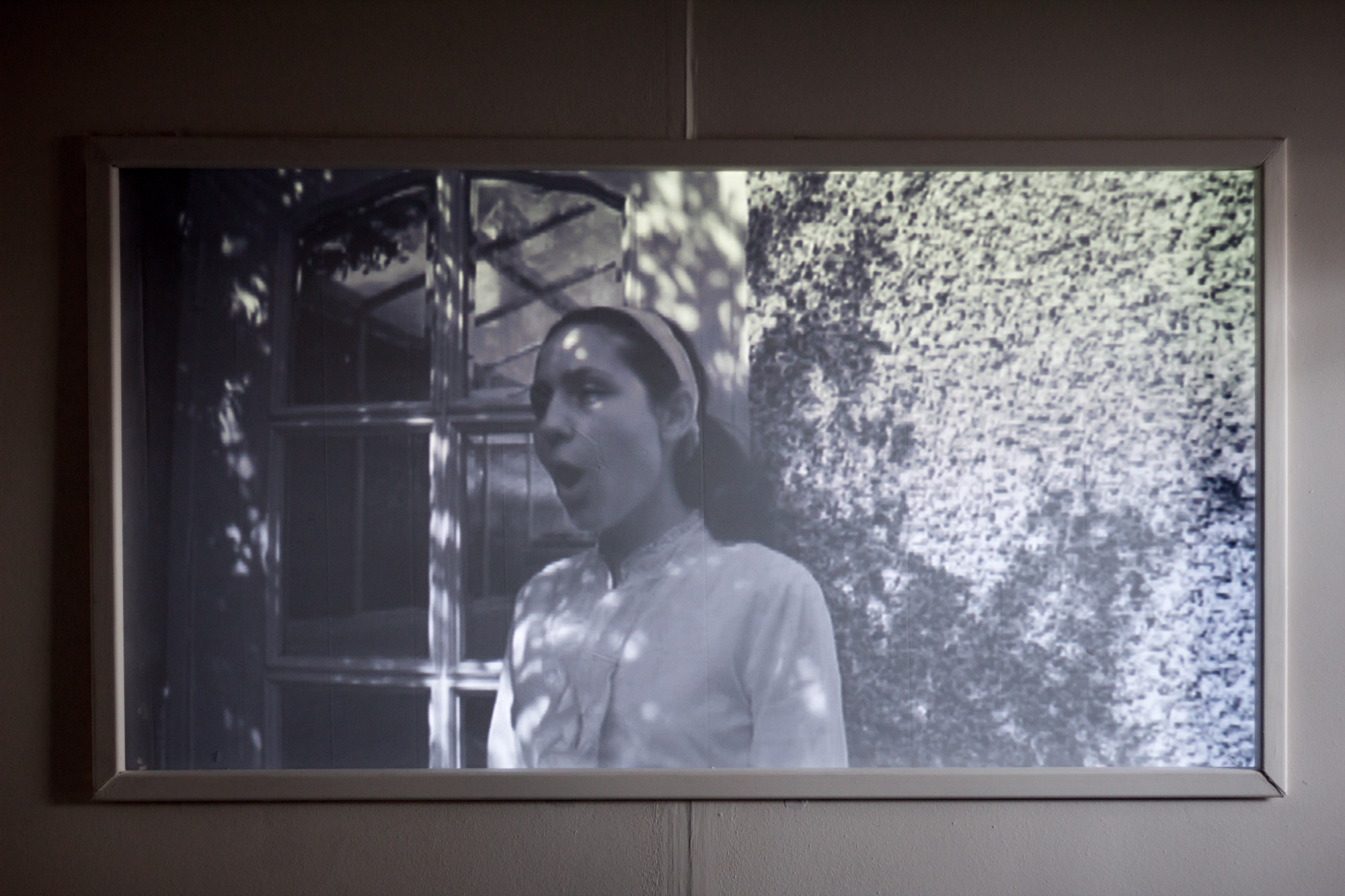 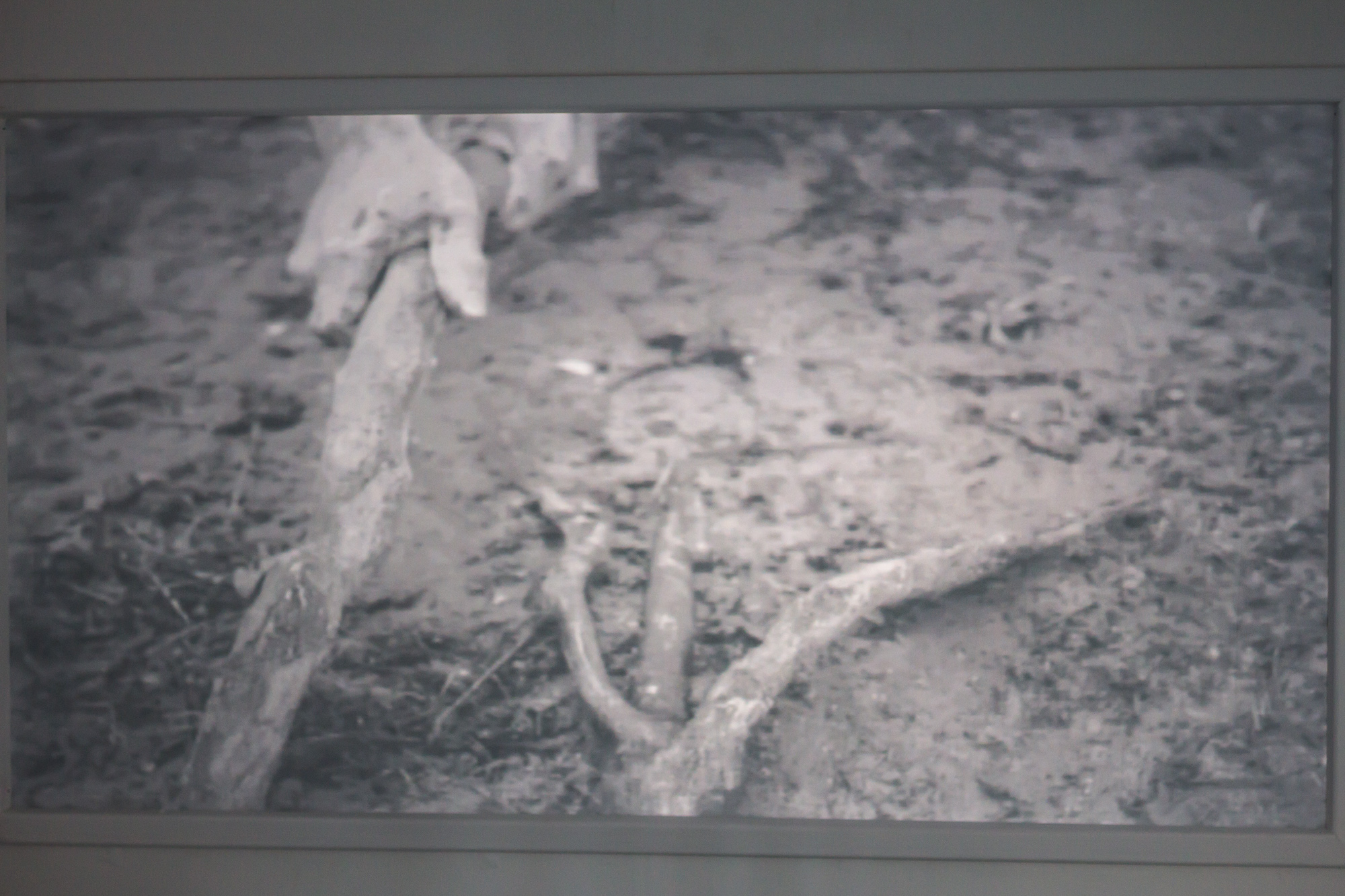 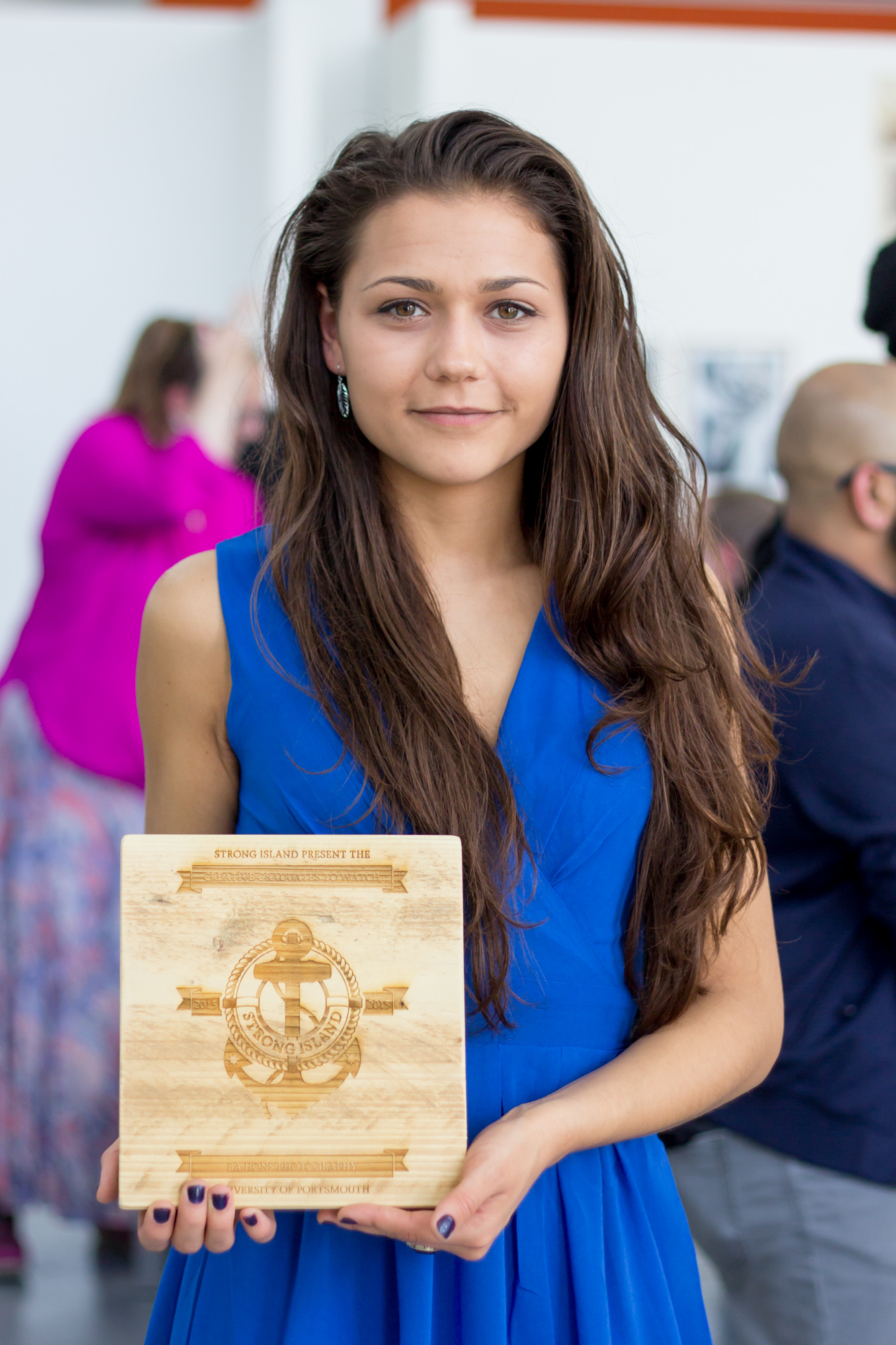 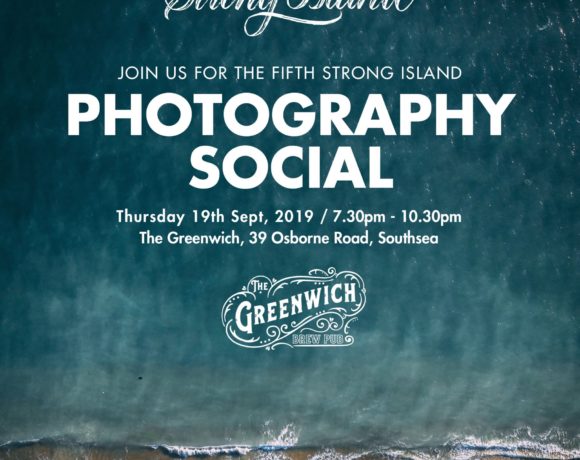