Getting In The Mood For Summer..

This is the Week That Is: A Celebration of Politic...

This is the Week That Is: A Celebration of Political Satire

With the General Election looming, the University of Portsmouth are hosting a week of satire with public talks, events and screenings devoted to lampooning our dubious political elite.

The University will be working in partnership with Portsmouth Film Society and No. 6 Cinema, giving renewed credibility to the word “coalition” as they jointly host some of satire’s biggest names.

This begins on Monday April 13th with Steve Nallon, the man responsible for voicing Spitting Image’s Maggie Thatcher (among others) will discuss his contributions to satire of the 1980s and introduce a screening of the hilarious 1987 Election Special.

Full details of the schedule are available HERE. Other highlights include Laurence Marks, prodigious TV comedy writer (of Marks and Gran fame), revisits his government-baiting classic The New Statesman and its monstrous protagonist Alan B’Stard.

Alistair Beaton is one of the UK’s foremost satirists with television, radio and literary credits spanning more than thirty years (Not the Nine O’Clock News, Spitting Image and The Trial of Tony Blair to name but a few). He will discuss his experiences writing and producing satire and introduce a screening of his New Labour send-up A Very Social Secretary.

And for those of an artistic sensibility, why not try your hand at caricature? Professional illustrator Louis Netter will be running his own school for scandal and encouraging all who attend to have a pop at a politician of their choice.

“With election fever growing, what better time to celebrate the films and television programmes that have driven a comic wedge deep into the heart of the political process?” said the event’s organiser, Olly Gruner, a lecturer in the university’s School of Art and Design.

The project is supported by Film Hub South East with National Lottery funds distributed by the BFI Film Audience Network (FAN). This Is the Week That Is provides a celebration of all things satirical at a time when political humour is most needed. Will it be the biggest satirical event since Obama won the Nobel Peace Prize? “You might think that; we couldn’t possibly comment.”

For further details and to book tickets, visit http://titwti.worpress.com 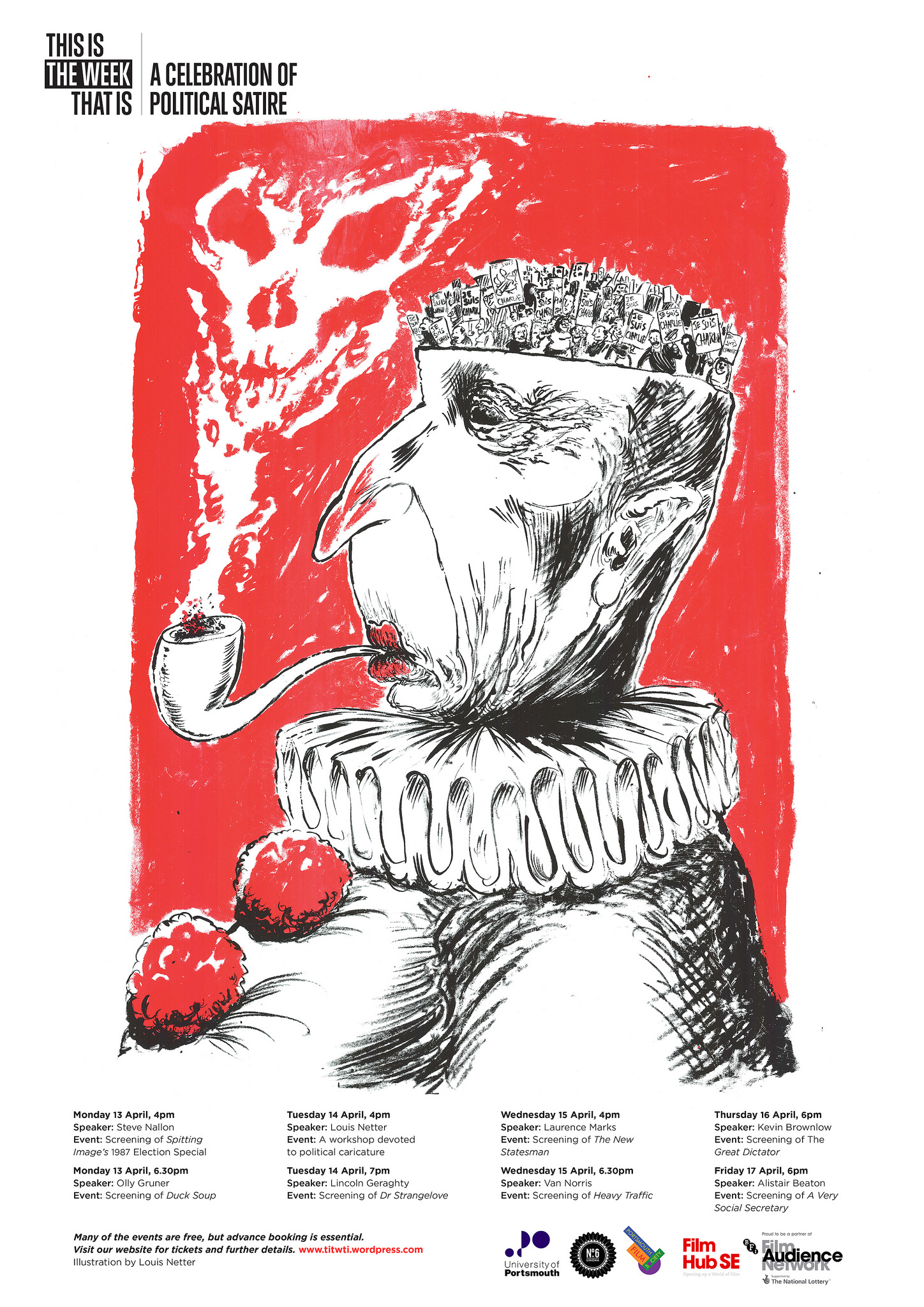