A Hard Choice – Best in Show With Mark Waldr...

A Hard Choice – Best in Show With Mark Waldron, Editor of The News

Throughout the running of the current exhibition at Portsmouth City Museum people get to choose their favourite items from the Portsmouth City Collection that are on show in A Hard Choice (you can see and read our preview of the exhibition HERE). Every month different items chosen by many visitors are given rosettes showing the current favourites. Strong Island, working with the Portsmouth Museums and Visitor Services (with the help of the Heritage Lottery Fund), are asking over a dozen different people from around Portsmouth what their personal favourite items are in the exhibition and why.

To kick off this series of articles we met up with Mark Waldron, editor of The News, at Portsmouth City Museum and after a walk around he let us know what were his own Best in Show.

Hi Mark, what, in no particular order, are your three favourite items in the A Hard Choice exhibition?

The first object is a dead mole, a bit of a bizarre one to start with. I think a lot of people when they are younger they find dead animals and insects and your immediate thoughts are to pick it up, put it in a box and preserve it. A dead mole Rosalinda* found when she was 4 years old started off her fascination with conservation and got her in to curating. I just love that this mole is so different to everything else in the exhibition, there are a lot of historic parts to the exhibition but this tiny mole preserved from way back when is an incredible artefact that leapt out at me and caught my curiosity. 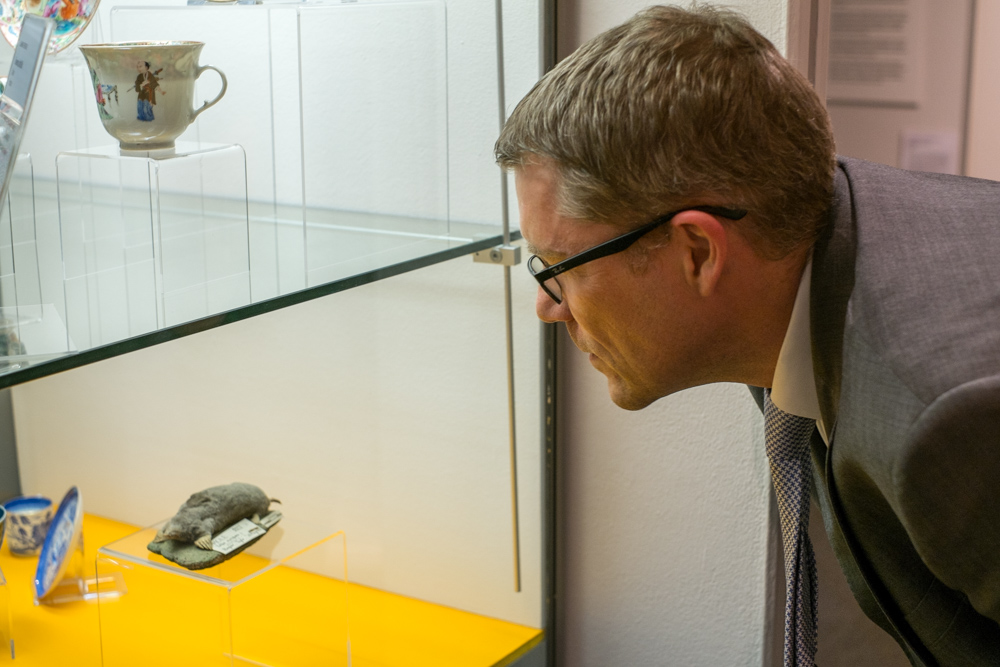 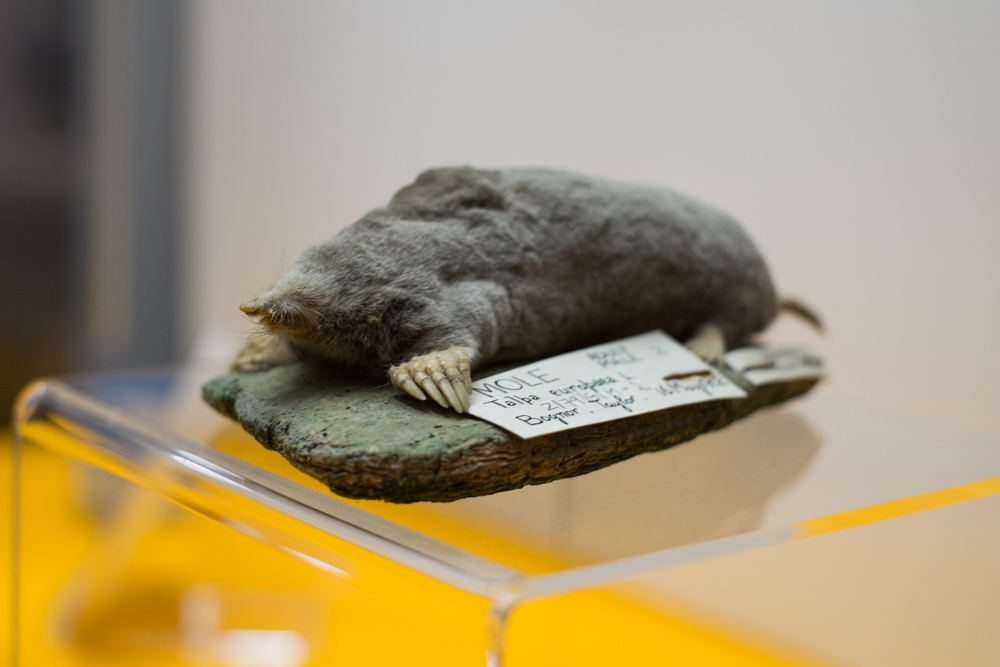 Next are the visiting cards from a certain Mr & Mrs Charles Dickens, it is the cards that they had when living in Tavistock House in London, which they occupied between 1851 and 1860. They are the actual cards they would have given out to guests at the time.

I think we celebrate and are proud of our links with Dickens and I think these really take you back to this man who is so pressed in to all our memories even 200 years later. These cards would have been in his wallet, in his pocket, and he would have been handing them out to the important guests that would have come to see him. The fact that they are preserved in this collection really adds to what Dickens is all about and what he means to this city. 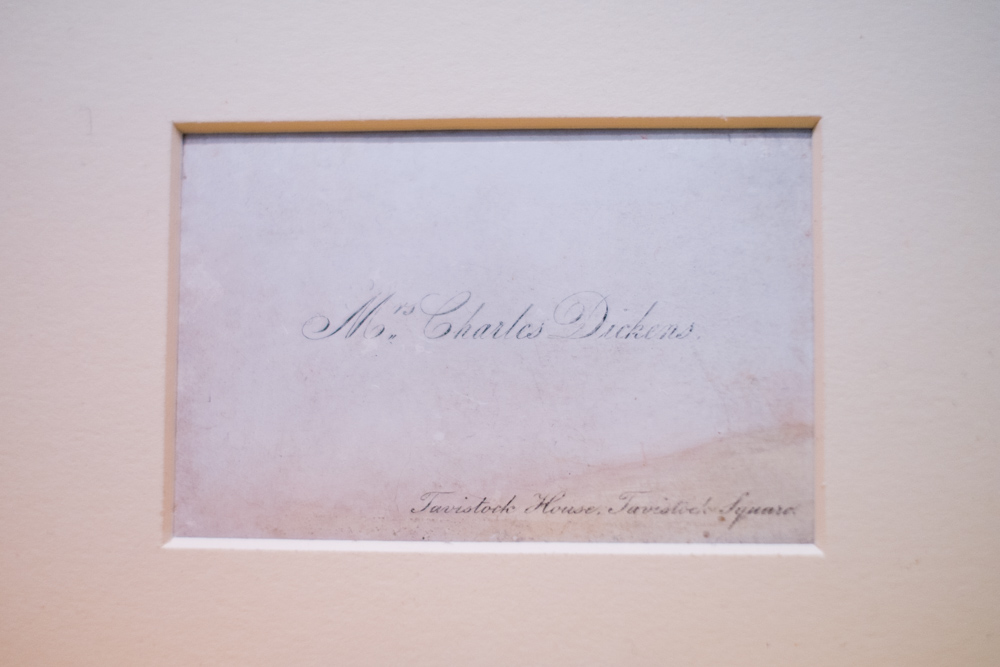 This item is labelled Hippodrome Bomb and it is a bomb that fell in Portsmouth in 1941 but lay undiscovered until 1984 when there was work taking place at the Hippodrome Theatre in Guildhall Walk**. Some interesting ceramic tiles were found but suddenly everyone was evacuated because also found was this large unexploded bomb. Royal Engineers had to come in and did a controlled explosion and the remains of the bomb were donated to the collection.

So much of Portsmouth’s landscape changed during the war, obviously the city was a target of heavy German bombing. The Guildhall was destroyed and many parts of Portsmouth were changed forever. Just to see here as you walk in to the exhibition this massive bit of ordinance, the fact that it didn’t go off but you look at the size of it…what damage that would have caused…it is just an incredible reminder of what is a massive part of the history of our city. 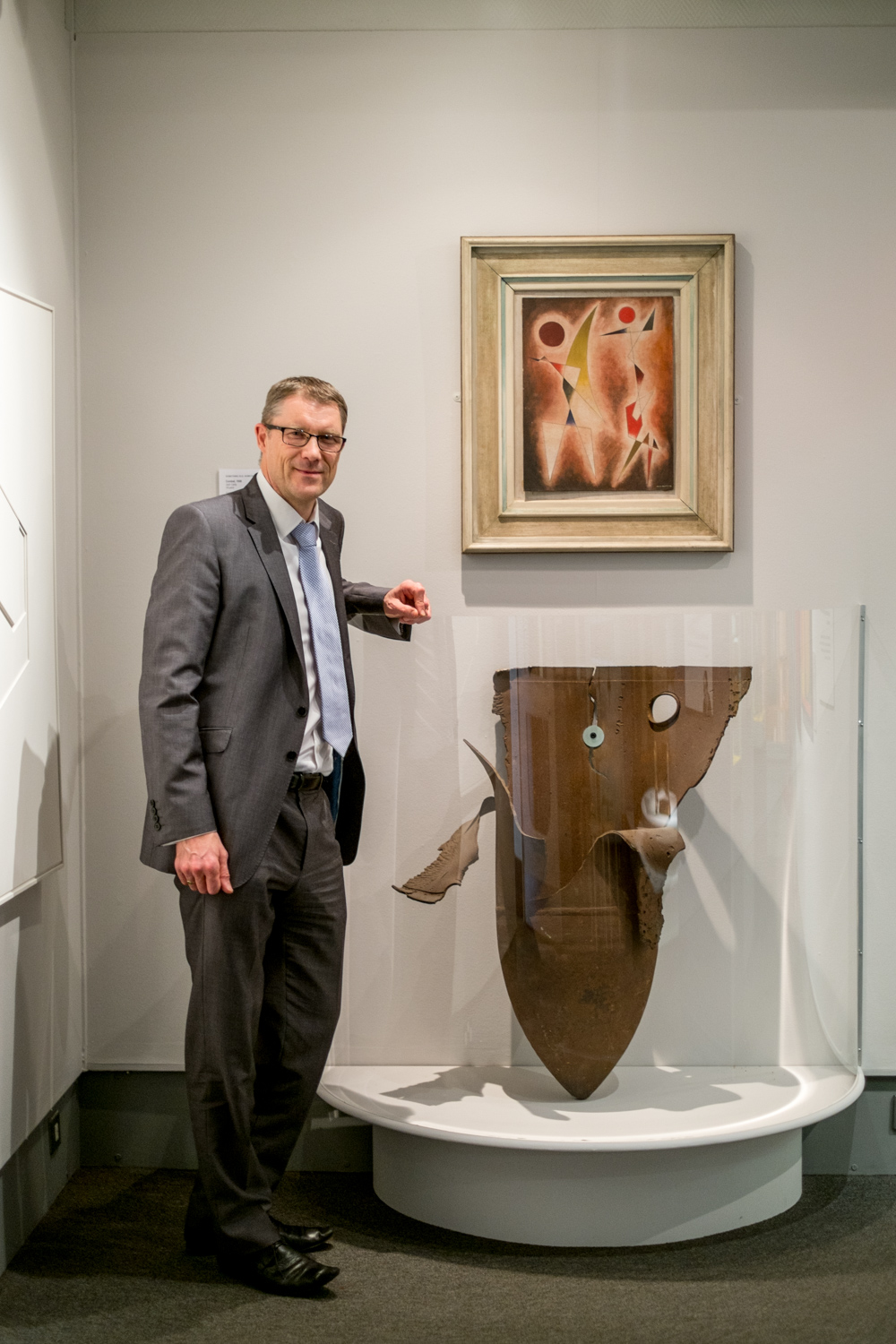 If you could donate something from your own personal collection(s) or something else in the city or relates to the city…what would be good to add to the Portsmouth City Collection for future generations?

Growing up I was very heavily in to music and a place to be for a lot of touring bands at the time was the Guildhall. Most of the bands from the 80s would come down and I saw many great concerts down there like New Order, The Cure, The Jam, Depeche Mode…a lot of great nights out. We would get the bus from Cowplain, over Portsdown Hill in to the big city so it was always a big night out. I just remember being packed in to many concerts seeing the great bands at the time. So the tickets from those occasions, which bring back fantastic memories of growing up in a great city.

* Rosalinda Hardiman, who curated the A Hard Choice exhibition.
** The building was destroyed during the Portsmouth Blitz.

Don’t forget you can visit A Hard Choice exhibition and the rest of Portsmouth City Museum and other museums in the city for free the Easter and beyond. You can find out more about the museums and what activities are taking place at: