In todays Victorious Festival preview I’m going to be featuring one of my favourite musicians, Seasick Steve. I had the pleasure of meeting him at Bestival in 2007 when he was relatively unknown musician. I’m that much of fan that he inspired my Bestival fancy dress in 2009 for the ‘under the sea’ theme. See what I did there? Clever eh!

Seasick Steve explains that he gained his nickname simply “because it’s just true: I always get seasick”. He rose to fame playing his blues inspired songs on mostly personalized guitars and instruments. Most of his songs centre around the experiences of his early life doing casual work.

After spending time busking and working with other bands, Steve released his debut solo album ‘Dog House Music’ in 2006.

His breakthrough came in the same year after a spending the summer gaining fans at various summer festivals. He finished the year off with his first UK television appearance on Jools Holland’s annual Hootenanny. He performed a live rendition of “Dog House Boogie” on the “Three String Trance Wonder” and the “Mississippi Drum Machine”.

His signature instrument is the ‘Three-String Trance Wonder’. This is simply is a normal guitar that resembles a Fender Coronado. It has an old Harmony pickup added with duct tape, and is tuned to G, A and B using an E string in the A position, a D in the G position and a G in the B position. It sounds like it shouldn’t work but somehow it just does. Other modified instruments include his ‘One-Stringed Diddley Bow’ and the ‘Morris Minor Guitar’.

In a great little story close to home, the album cover of ‘You Can’t Teach An Old Dog New Tricks’ features an photo taken by Portsmouth and Strong Island’s own Claire Sambrook. Claire describes “Steve phoned me up and asked if he could use the picture I took of my dog Twm. I said yes and he used it on the album cover, mentioned us inside in the booklet, and even gave me a framed gold disc”.

You can catch Seasick Steve on the Castle Stage on Sunday 24th August. 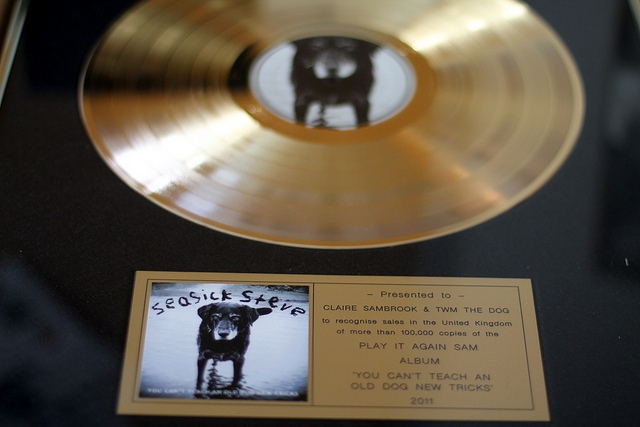 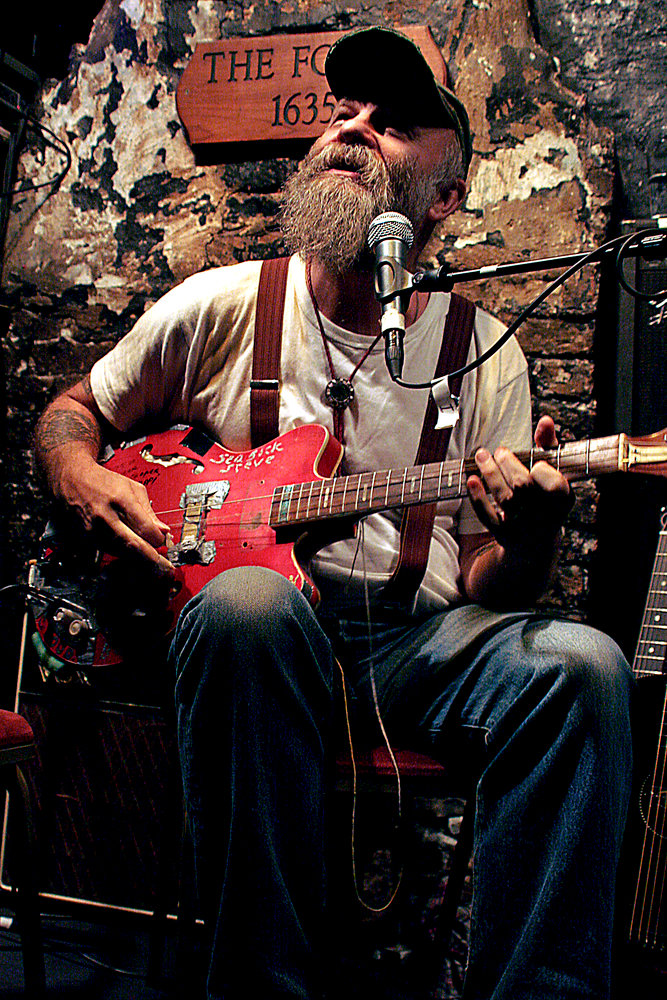