Luke Ferre, solo acoustic guitarist can be likened to artists such as Ed Sheeran and Nizlopi, especially in the sense of their velvety voices complimenting soothing guitar music and profound lyrics. Yet Ferre’s songs, similar those artists he often incorporates upbeat, witty humour. Please take the time to check out his parody of Katy Perry’s California Girls- Portsmouth and Southsea Girls… it’s funny because we all know some of it is true.

When growing up, Ferre states he listened to a lot of pop, maybe the most surprising being Robbie Williams, who Ferre says he will ‘refuse to be ashamed for loving’… we’re all entitled to guilty pleasures in music. But other than that, his other musical idols seem to have largely influenced his music, The King of Rock ‘n’ Roll was a major influence whilst growing up and present day influences include John Mayer, especially for Ferre’s song-writing. These influences have contributed to Ferre’s unique sound, which he describes as folk pop, an unusual mix but it certainly works nonetheless!

This year will be Luke Ferre’s third time performing at Blissfields, ‘last year being the highlight of [his] summer’ and he also played at the last weekends Isle Of Wight Festival, which he said was amazing. Ferre is scheduled to play at other festivals including Wickham Festival, Pennfest, Festibelly and Purbeck Folk Festival; it seems that he has a considerably hectic year ahead of him!

Ferre’s work, be it original or cover always tells a story that is conveyed quite uniquely; maybe it’s the irony in that the music sounds so intense and emotional (bar for the parody, but even then he seems very passionate about how grotesque some south coast females can be) as the intensity is achieved through only vocals and guitar, or maybe it’s just his unique voice that holds a certain softness and a pacifying quality akin to Marcus Mumford’s. My personal favourite? By far Knock Me Out, which unfortunately isn’t currently available on iTunes but in close second comes Who Are You which is thankfully available. Both songs feature melodic vocals and some cheeky, dry humour within the lyrics which I’ve come to expect of Ferre.

As this year Blissfields has a ‘Walking on the Wild Side’ theme, Luke Ferre was asked what animal he as an artist would be and why. His response? ‘I got asked that question at school when I was 7. And I said I’d be a dodo because then I’d get a nice long sleep. You see, that’s funny because they’re extinct.. I’ve not really grown up much since then.. so neither has my answer.’ Of course, we can’t know for sure what sound a dodo made but I’m sure it played guitar too. 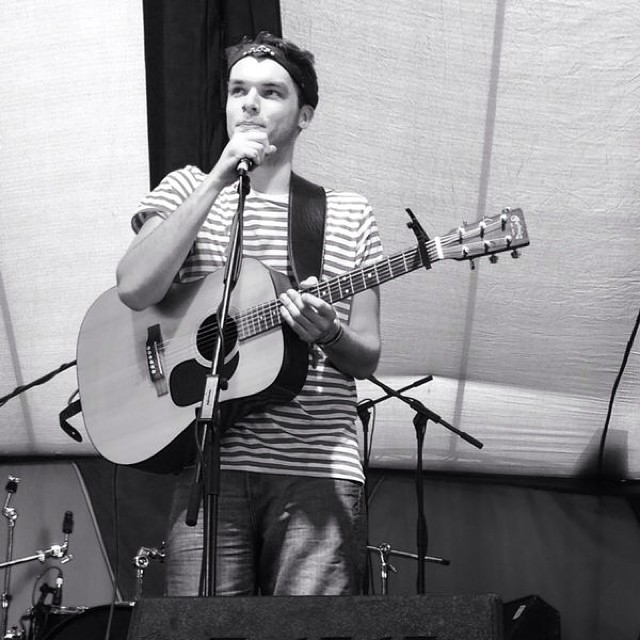