The Southsea Review Film From 1938

The Southsea Review Film From 1938

If you have a spare 15 minutes this afternoon be sure to watch this brand new upload from the Wessex Film and Sound Archive, The Southsea Review 1938. The Wessex Film and Sound Archive is well known throughout the south with both history researchers and filmmakers for their incredible archive of film and sound with over 36,000 items. The archive comes from all over Hampshire, the Isle of Wight, Berkshire, Oxfordshire and Buckinghamshire and includes film and tapes of local TV and radio too. They regular update their YouTube channel and today added this film:

“This film shows events in Portsmouth and Southsea in Hampshire, including the bust of Charles I being put into position, women performing at Fratton Park Tattoo, the opening of a power station, wartime preparations such as piling up cement sacks in Guildhall Square and manning guns on Southsea Common, thanksgiving celebrations after the Munich Agreement, and TV coming to the College”. 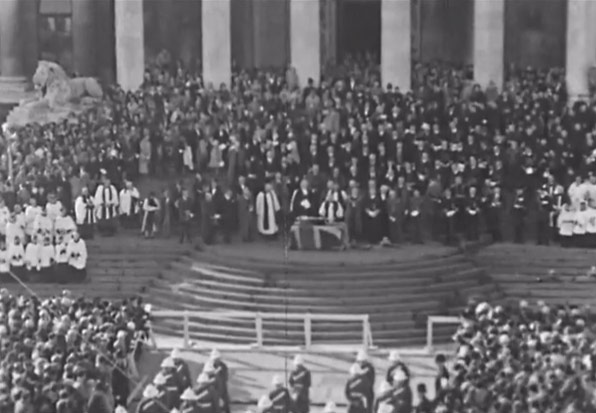