Animation is a difficult and time consuming filmmaking technique in telling a story but can be powerful, enthralling and compelling, sometimes more so than a normal live action film. The 2013 graduating students of the Animation course at the University of Portsmouth created some incredible short films, all contained in this showreel:

The Wind in the Roses by David Saddler-Coppard
An awesome brooding, dark short film mixing traditional stop motion style, photos and artwork and some beautiful scenes and characterisations. A must watch.

Character Animation by Paul Kemzura
Computer animation of a pivotal scene from the second Batman film, bringing the dialogue to life with character expressions and reactions.

The Princess and the Pea by Tom Hollinshead
A fun, creative, computer animated re-interpretation of the classic fairytale.

Feelings by John Paul Debono
A computer animated story told through mime & dance, the movements, gestures, expressions and grace are really something special.

The Living Bulblights by Owen Ballantyne & Ellis Garrod
The tale of a 007 desk lamp told through some creative design and movement. 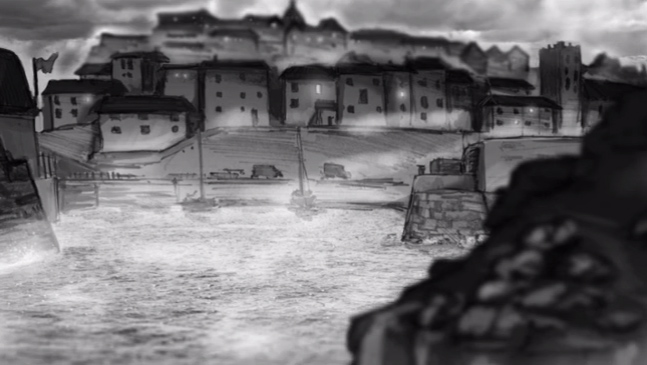