Local designer Craig Eves of Eighty Creative has created a series of Giclee prints of Odeon Cinemas in Portsmouth. The prints are currently for sale on the project website – http://odeon.eightycreative.co.uk/

Craig said “I was lucky enough to visit the Odeon in North End most weekends when I was child, and I worked for them in my early twenties. Sadly, it has been 5 years since the Odeon screened it’s last film. Modern multiplexes such as VUE in Gunwharf Quays and the Odeon in Port Solent may have their advantages but I believe they lack the soul and character of a traditional cinema.

ODEON Illustrated is a set of three prints that celebrate the old charm of the traditional Odeon cinemas that once stood in our great city.”

Below – Odeon Portsmouth opened on 14th December 1936 with Sydney Howard in “Chick”. The final performances of “I Am Legend” starring Will Smith were held on 10th January 2008. The building is currently in use as a Sainsburys Local supermarket. Odeon Southsea was situated on the corner of Albert Road and Festing Road. In 1977, it changed it’s name to the Salon Cinema, but this could not save it from closure in 1983. It was demolished in 1985 and now serves as a school sports field. 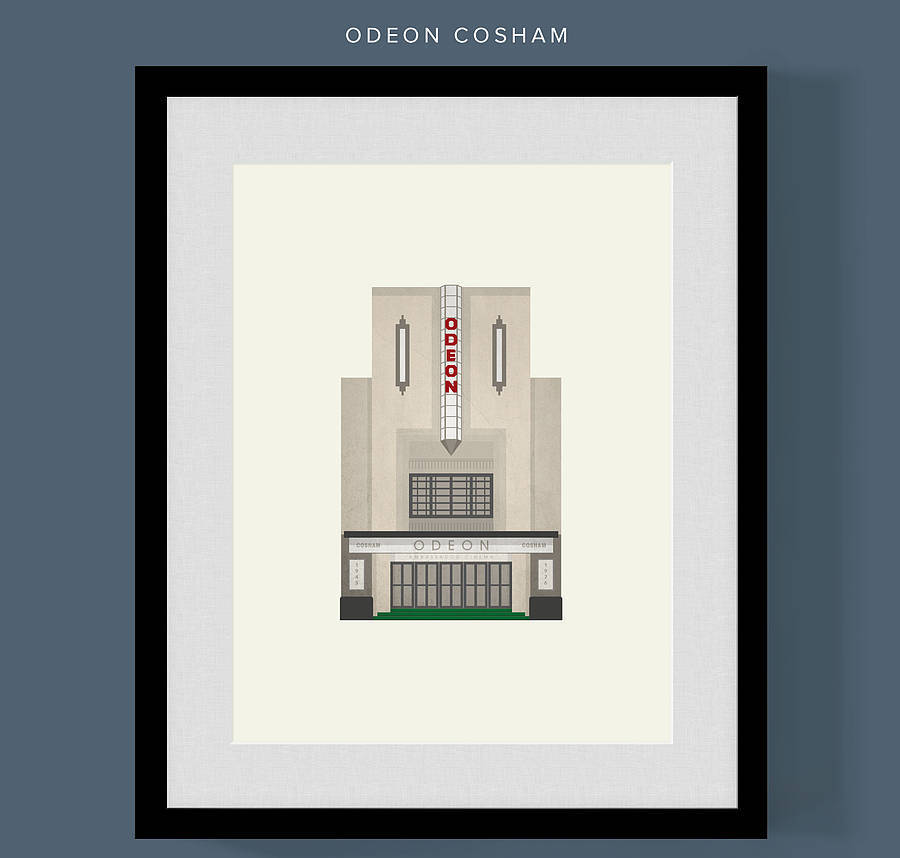 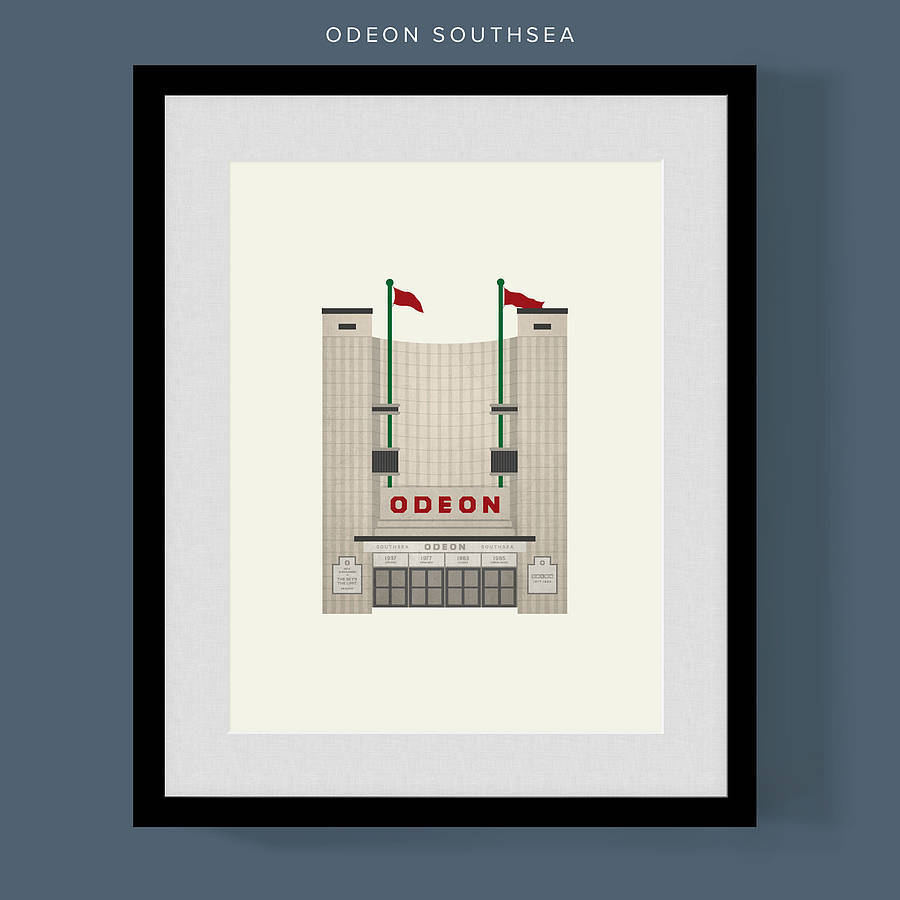 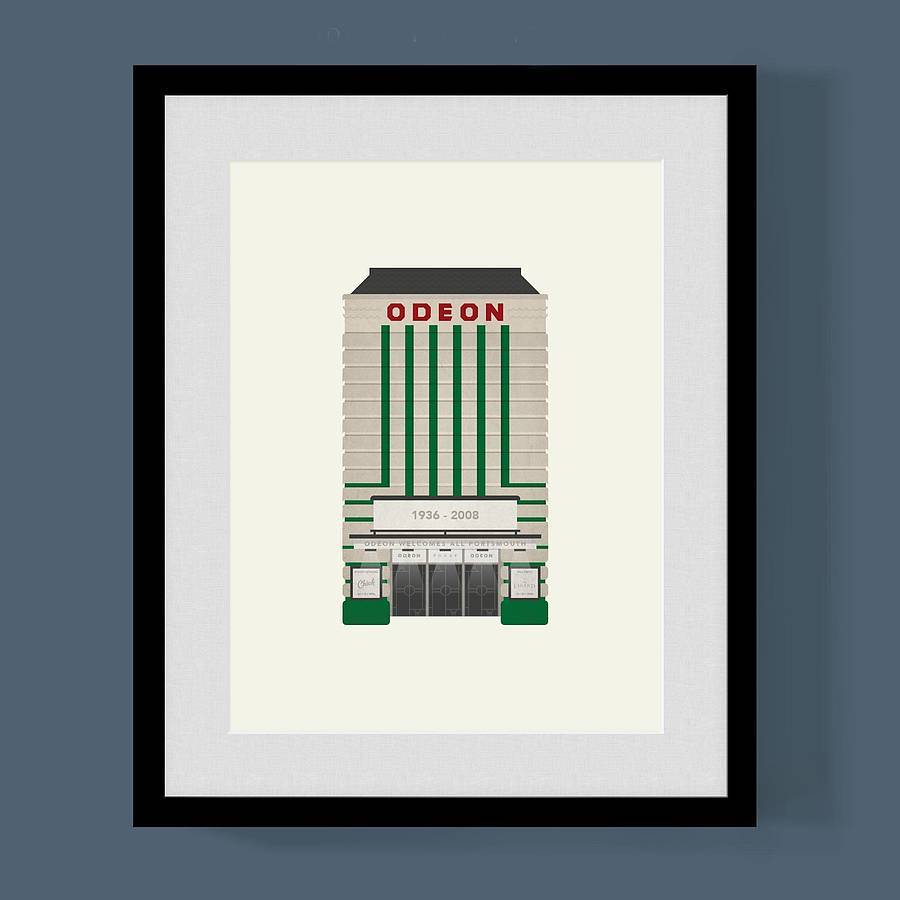