You’ll probably be well aware that Arthur Conan Doyle spent many years living in Portsmouth during the early stages of his writing career. It was while living in the city that he wrote many of his most celebrated works, including his first novel, The Narrative of John Smith and A Study in Scarlet. Portsmouth City Council in recent months have produced a set of six postcards as if written by the author and all using vintage photos. These postcards have had a staggered release since July with postcard number for released yesterday and five and six to be released in October and November. The cards are free and can be picked up around the city at community centres, libraries, museums, etc. I picked these up at Fratton Community Centre. 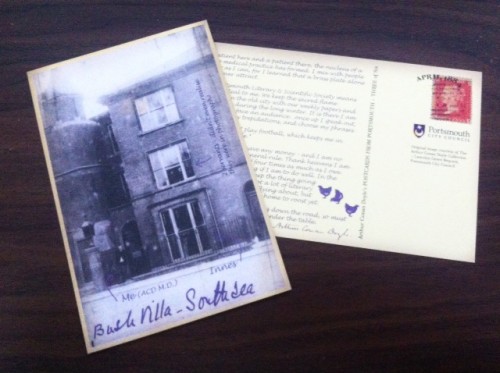