Ruby the Cat is Missing

Andy plays guitar for the band Dodgy. I’m a massive Dodgy fan, have been ever since I bought ‘Homegrown’ from Our Price in Fareham shopping centre when it was on a display of new release recommendations. I told my GCSE art teacher about it and she gave me a tape of their first album (on the other side was The La’s – The La’s). I was pretty much sold from there. Loads of my mates’ first gig was Dodgy at Gosport Heineken beer festival, I wasn’t there but I’ve been led to believe it was epic, my own abiding Dodgy gig memory was at Glastonbury 1995, I’d just finished school and me and 3 mates got the coach up with wide eyes and hungry appetites. The Stone Roses had pulled out and Dodgy made it their personal mission to appease the disappointment that was in danger of turning into resentment. They summed Glastonbury up for me. I recently told Andy about the fact you could see me and my mate on peoples shoulders during the BBC footage. Oh to be young and stoned again…

‘Fun’ is often what people think of when they think of Dodgy, and that’s cool, no bad thing, but let’s remember they’ve written some fucking ace tunes, and Andy is one of the most under-rated guitarists the modern British guitar scene has produced. There are many creative guitarists, and there are many soulful guitarists, but in Andy, Dodgy are lucky enough to have someone who is both. A great player, in a great band. Lucky bastard.

“Growing up in a house with four older sisters in their teens, my early memories were soundtracked by the sound of the radio playing the latest chart countdowns of the 70’s while they busied themselves getting ready for school or going out. Their tastes varied from one to the other, due to their differing personalities, but I discovered a few years later as one by one they left home that their taste in music wasn’t all just about the latest Donny Osmond record, because in the collection of vinyl’s they left behind, I found some nuggets that hit home and set me up with the sort of music that was away from the mainstream when I myself came into my teen years. Though not all of these play-listed songs are part of that vinyl collection, they do owe something to those early years, as do I, I might well have become someone very different had I taken the Osmond route.”

01 The Weight – The Band
02 And It Stoned Me – Van Morrison
03 Grandma’s Hands – Bill Withers
04 Theme From The Persuaders – John Barry
05 Blowin’ Up My Mind – The Exciters
06 Dogs – The Who
07 Cost of Loving – Dogs
08 Do You Believe In Magic – The Lovin’ Spoonful
09 Champagne & Reefer – Muddy Waters
10 Some Velvet Morning – Lee Hazlewood, Nancy Sinatra
11 Freedom – Jimi Hendrix (Live at the Isle of White)
12 You Said Something – PJ Harvey
13 Revenge – Danger Mouse and Sparklehorse feat. Wayne Coyne
14 Can’t Find My Way Home – Blind Faith
15 Down On The Corner – Creedence Clearwater Revival 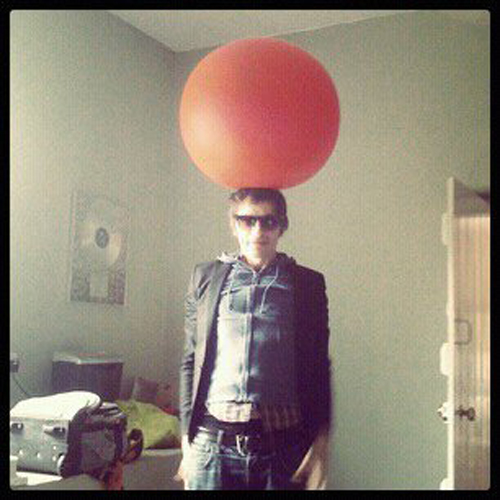