Scott comes down to listen to me play records at the Dog, he’s given me a handful of (amazing) compilations, and he’s never too proud to ask who a song is by, I was particularly pleased to introduce him to the wonder that is ‘Forever Changes’ by Love. He’s been a reputable DJ round these parts far longer than me (although that makes it sound like I’m reputable so…) and so it was a no-brainer that I wanted a contribution from him. He actually got himself quite wound up when we were talking about ideas he’d had for playlists, a few having already been done, and a few that could’ve been called derivative, mainly due to songs taking import over theme. And so it was, he went away and came back with a finely honed, well thought out and most importantly, banging collection of gems, I felt bad when he left the DJ booth that night, but Christ it was worth winding him up…
Over to Scott.

Like most folk, having been asked by Charlie to compile 15 tracks for Pet Sounds, I straight away focused my research on how many songs there were out there that had the word ‘pussy’ in the title… well, it was for kicks if anything else, I got up to 23 tracks and figured I would wean out some of the more, let’s say, sexually titillating numbers, leaving me with various versions of El Pussy Cat by The Skatalites, Mongo Santamaria or Georgie Fame (take your pick) – Iggy Pop’s Pussy Walk was present as was Pussy Stank by Andre Williams, Scarlet Pussy by Prince, Black Sugar’s – Pussy Cat (great track). Heck I even had John Barry’s Pussy Galore’s Flying Circus instrumental from Goldfinger, but enough was enough, “get a grip Scott and concentrate”.

I had been listening to a few David Holmes albums prior to putting this comp together. I always like how he arranges his scores and would sandwich songs from other artists in between them, which in turn delivers a space, as in a space between music, be it a brief interlude or a pause for thought. It can change direction and move the listener on to something quite different. I went with the idea that my theme would be Verbs of Unaided Human Motion, you know, to run, to walk, to strut, to scoot etc… and that I would somehow put together a linear soundscape to it.
Some, if not most of the tracks present here are new to me, I had fifteen pieces of a puzzle and I had to put them all together to make some kind of linear beginning, middle and end. There are also some sleazy numbers thrown in for good measure, but so that it doesn’t sound too Tarantino-esque I’ve stuck a Harry Belafonte track in there for fun, enjoy. 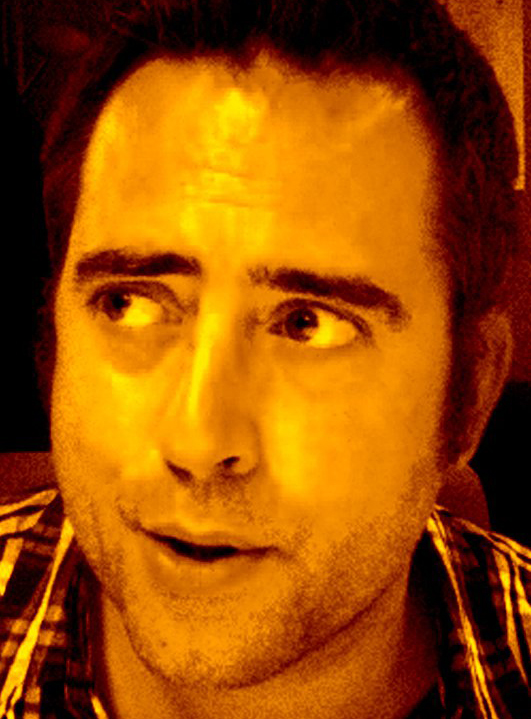