Review: Easy Life at The Wedge.. 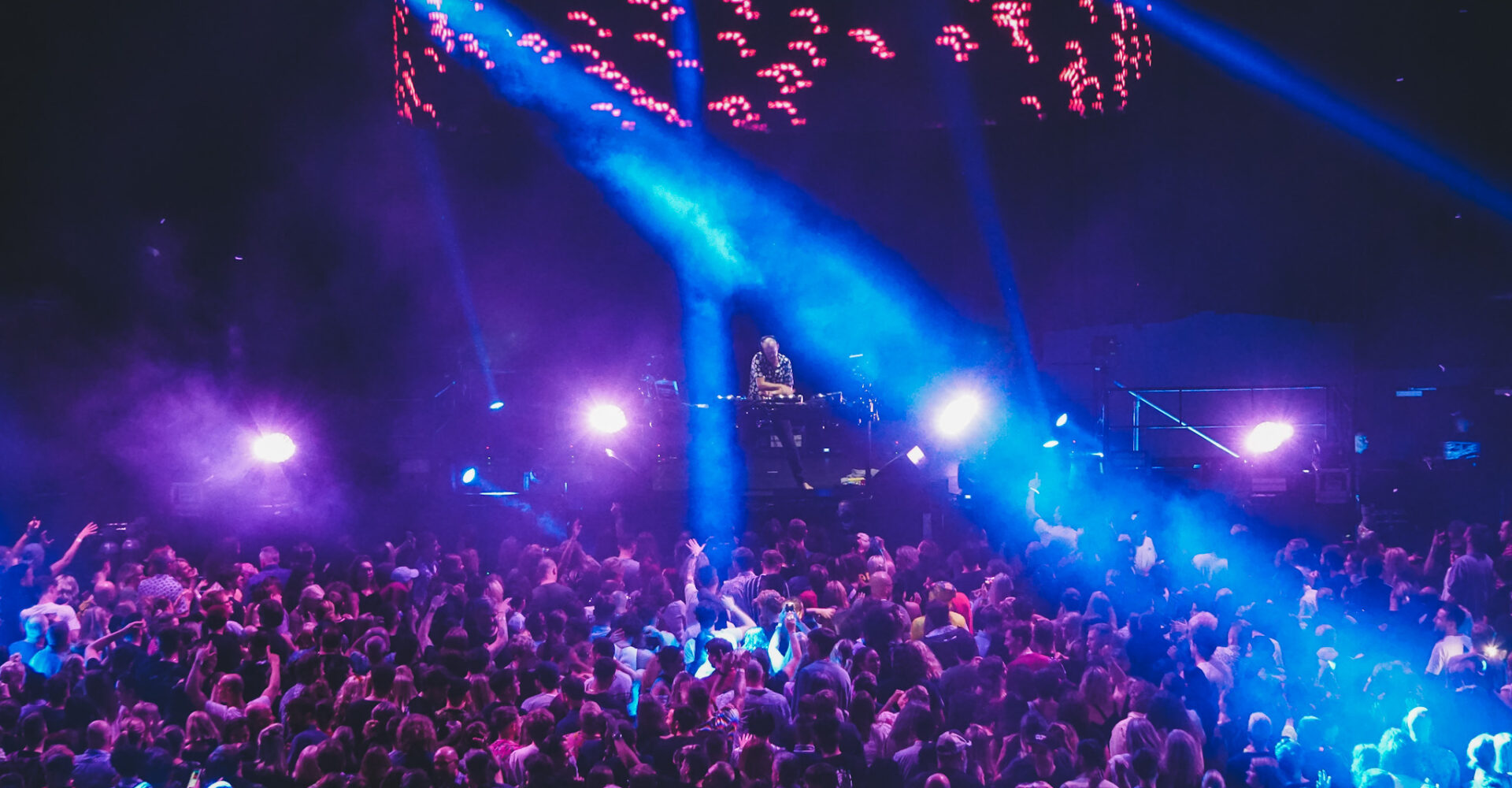 If there is ever an artist who is synonymous to an area, then Fatboy Sim is just that! Norman Cook (A.K.A. Fatboy Slim) has called Brighton his home for the best part of two decades, so it seemed fitting that tonight was going to be the first of two homecoming gigs for him, the second being an event for the NHS workers who have worked tirelessly throughout the whole pandemic. Bizarrely, there really felt like there was an atmosphere throughout the whole venue, that everything was getting back to normal, with music playing a massive part to it. There was an underlying energy there, the likes of which I’d not felt for quite some time!

The evening was kicked off by Norman’s very own son, Woody, who took to the decks like they were bornin front of him! In all honesty, that probably isn’t too far from the truth, as I feel that music played a massive role in his life with his parents Norman and Zoe being inextricably intertwined with it throughout their careers. He started the party going with a load of crowd-pleasing tunes, covering a huge spectrum of genres, mixed together as if he didn’t have a care in the world.

The small crowd who were there at the start really appreciating every minute, which ended up drawing more and more people out from the halls to the main arena. By the time Prok & Fitch took over, the crowed had swelled nicely, with more and more people getting into the swing of things! A seamless back-to-back mix saw the Brighton based duo embark on a housey techno vibe, playing with the crowd and stirring them up in anticipation of the main event!

I could have listened to them for the whole night, as their music was brilliantly planned, bringing a lovely dose of mid-week beats to what had been a bit of a dull week. Talk about a happy hump day! The now massive crowd that packed the dancefloor from side to side, front to back, were loving every minute, but they were eager for Fatboy Slim to come on, so when the light dimmed and the setup of the stage changed, you knew what was coming up………

The dulcet tones of Dusty Springfield blasting out “Son of a Preacher Man” accompanied Mr Cook to the stage, which was met with an ovation from the crowd, which must have taken his breath away! He let his barefooted presence sink in, before he went in hard from the start, unleashing “Eat, Sleep, Rave, Repeat!” on the crowd, who lapped it up completely! You could feel the bass from the enormous speakers through your whole body, which was so loud, that you almost couldn’t hear the cannons that fired plumes of confetti into the air, but to the delight of the crowd below.

Mixing this into his semi-trademark Wild Western mix, he dropped straight into “Play That Funky Music”, but a filthy dirty squelchy version that sent the crowd on the dancefloor wild! You could tell that this had been the first time that a lot of people had been out to something as big as this and they were making up for lost time!

The tempo of things continued like this, with tunes transitioning from playing funky music, to “If You Came To Party Let Me See Your Hands Up”, to telling me that if I feel the music, to put my hands up, which the whole audience was doing, but the ever-energetic Norman was doing on stage as if he was conducting a human orchestra! The entire venue was sea of people, all moving in one to the greatest music maestro that they’d heard for some time. Fatboy Slim has a knack of teasing an audience, bringing them up to an almost peak, then gently letting them drop back down again, before making them long for more and more! This gig was no exception as he let the music become a little more melodic, with some almost Caribbean flavoured beats and drums, taking over from the relentless thud of the deep bass.

The crowd’s reaction spelt out everything you needed to know about the night, with the whistles, whoops and horns being audible above the pulsating rhythms that he was providing! What added to the whole experience was the mesmerising visuals that were being projected above him on a 30+ foot screen. They were timed perfectly to the music, which added a further dimension to the whole event. This was so much more than a simple gig, but something that felt really special and worthy of his homecoming event.

He dropped in his own version of “Juice” by Lizzo which somehow managed to get the crowd to step up even further, even though I didn’t think much more was possible! Everyone was on the floor skanking or moving to the tunes and just being wrapped up in the musical journey that he was taking them all on.

He then wove some amazing tunes later on into his set, which really got the crowd turned up to 11, with the particular highlights being “Isolation” by Peace Maker & First and “Rock Yor Body” by Chocolate Puma.

I imagine he would have kept the crowd in the palm of his hand for the whole of the evening, before finishing them all off with some of his favourite tunes from through the ages, but alas, it was time for me to head out from the venue and back into the outside world. There haven’t been many gigs that I would have loved to have stayed to the end more than this one for longer than I can imagine, but I felt so very lucky to have been given the chance to even experience something that will be talked about for quite some time.

The pure energy and joy that he brought to the gig was what made the evening and it was lovely to have such a great distraction and to have some pure, unbridled fun! I got to see him at his Big Beach Boutique in the past and based on tonight, I would say that he is one of the people you need to see in your lifetime! He is playing another gig at Brighton the following night for the NHS workers at the Brighton Centre too, and all I can say is that I know already that they are going to have an amazing night! He’s #1, so why try harder!