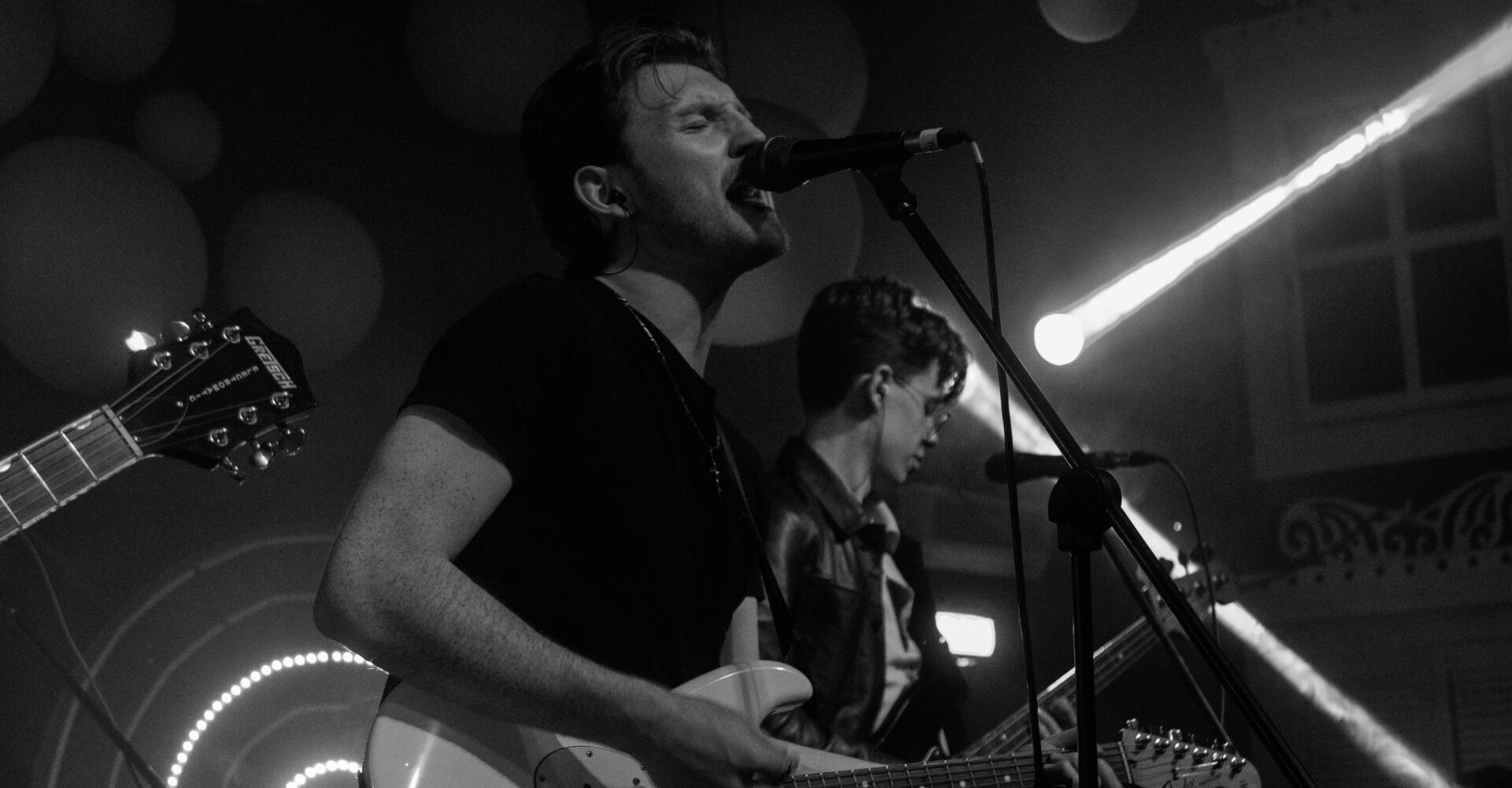 Has Victorious Festival whetted your appetite for live music? Then you’re in luck, Golden Touch Festival is coming to the Wedgewood Rooms and the Edge Of The Wedge this Saturday. Appearing as part of the richly talented line up are The Clause. The four-piece from Birmingham bring together the swagger of the 60s, the rolling groove of the 80s and the riotous verve and attitude of the 90s. Pearce Macca (frontman), Niall Fennell (drummer) Jonny Fyffe (bassist) and Liam Deakin (guitarist) effortlessly combine huge hooks with gritty verses, indie sensibilities and rhythm and blues groove and melodies to create an altogether different beast.

Breakout single, ‘In My Element’, is an energetic, unrestrained indie anthem that hit No1 in the iTunes rock chart, No44 in the UK chart and won strong support across regional and national radio including plays on Radio 6 and XFM. And it attracted the attention of iconic producer Skream, who delivered an electrifying remix. It also notched up more than 500,000 plays on Spotify and over 1.5 million streams in total.

I have been fortunate enough to catch up with Pearce as the band prepare to take the trip down to the south coast.

Could you tell me about how you initially got involved with music and who influenced you most?
I think it was each through our parents and their musical influences. They started us on the right path by imprinting their music tastes on us and I suppose that has spurred us on to go and try and make our own way in this industry. For me I remember Sunday mornings dancing around in the kitchen to The Jam and Amy Winehouse with my old man in my early childhood, I was definitely brought up right.

Could you tell me about how the band came to be formed?
The classic, Me, Jonny and Niall met at school and then we dragged Liam off the street to join us later on. The rest is history

For those who are new to your music which three tracks would you encourage them to check out first and why?
Time of Our Lives, In My Element and Where are you now. The first two perfectly capture what this band is about; loving life and living it to the full. Where are you now shows our softer more emotional side that you will definitely hear more of in the future.

The band ended 2020 by becoming the first act ever to pull off a clean sweep at the Birmingham Music Awards, picking up the prizes for Best Band, Best Song and Best Indie/Alternative.

Could you tell me a little bit about your approach to writing songs? Are you someone who is always making notes or will you lock yourself away for a period of time to focus?
Telling the truth I have no memory left on my phone purely because of all the voice notes and videos I have of song ideas haha. I try to think about writing 24/7 and most of our gems have come from voice notes recorded at a random point in the day. Once you get that bug for writing you can lock yourself away for days on a song and start to create something beautiful.

Over the years has your approach to performing live changed and if so how?
I think as we’ve matured our stage presence and ability as performers has come on a lot. The ability to captivate an audience is a massive part of being successful so we try our best to do that.

What bands and artists are you currently listening to and how are they inspiring you to explore and implement new ideas with your music?
We’re listening to a lot of new bands at the moment like DMAs but sticking to our 70s and 80s roots with T-Rex and Blondie. We always keep what we’re listening to as diverse as possible to inspire us to write different kinds of music rather than conforming to one specific style or genre.

How has the last twelve months COVID and lockdowns affect the band personally and professionally?
I think anyone of us would be lying if we said it hadn’t affected us personally. We were starting to gather real momentum landing European gigs and big tours across the UK when covid took it all away from us, understandably that hurt quite a bit. Not being able to do what we love was a massive kick in the tweet haha but we used to time wisely and we’ve come out of this pandemic with an album’s worth of songs that blow our previous records out the water, we can’t wait to get them out.

Is Golden Touch likely to be the biggest crowd that you’ve performed in front of since COVID began?
I wouldn’t say it’s the biggest crowd, we’ve been to 110 above Festival where we had a mass come down to watch our set. We did our first gig back before that in 18 months in Birmingham which was an unreal night, probably one of our favourite gigs we’ve done to date it was quite emotional to be back. Golden Touch will definitely be up there though.

What can those fortunate enough to have tickets expect from your live show?
Big riffs in company with a melodic flair. A set that packs a punch but lures you in first. A set that wants to make you want to dance, mosh and sing your heart out in one.

While on tour do you get very much time to explore the towns and cities that you are playing?
Yeah, we like to make a conscious effort to go on a night out in every city we play. We figure you get to see the best of each city that way.

Can we expect new music and maybe a tour over the next twelve months?
New music and a BIG tour are incoming, keep your eyes peeled our best stuff yet is en route. x

Tickets are available for Golden Touch Festival via wedgewood-rooms.co.uk, priced at £12.