Gig Review: Kodaline at the O2.. 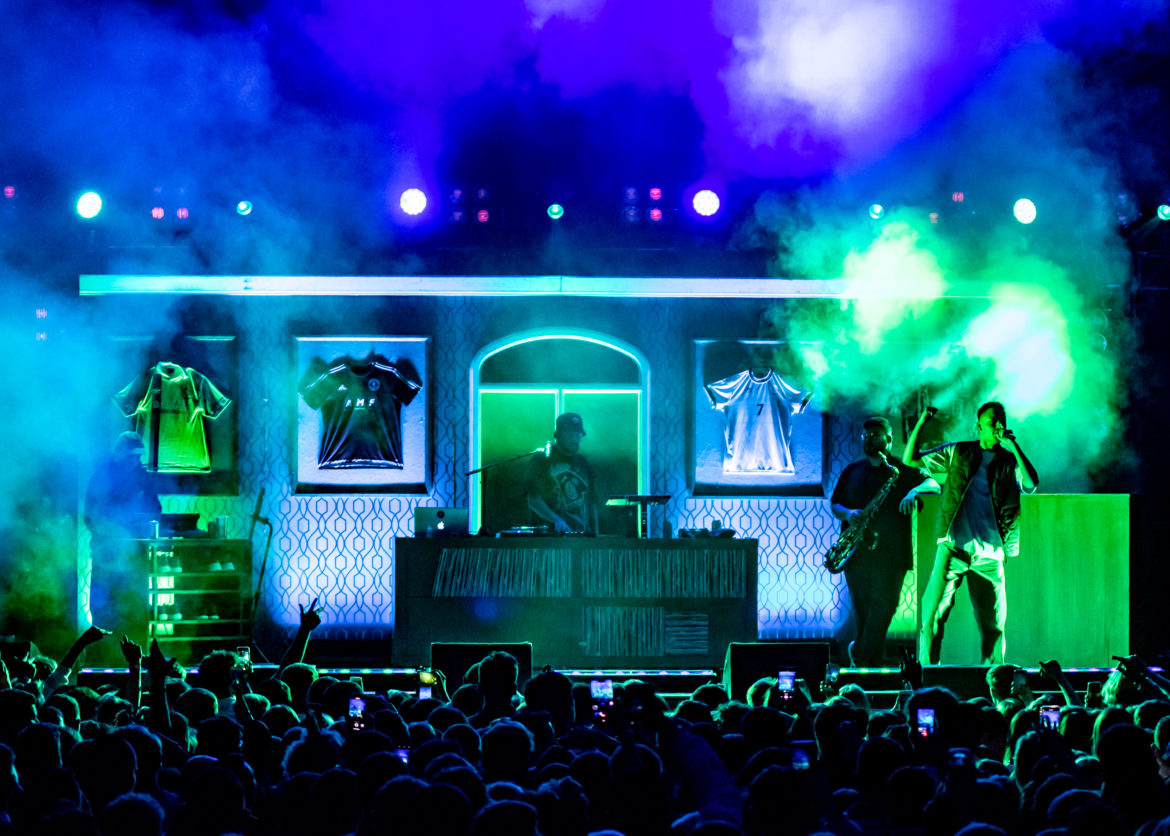 Mercury Prize nominated, Loyle Carner, arrived on the South Coast on Friday (8th) to play the Brighton Dome in support of his latest album ‘Not Waving, but Drowning’. The British Hip Hop star released the album in April of this year; Carner played a few small venues at the time but this round of dates has been labelled ‘The Euro Tour’ with multiple fixtures already sold out which includes tonight’s gig.

I’d been looking forward to this gig all week, the last time I had seen Loyle play live was two years ago at the Wedgewood Rooms which was a superb gig. I remember being pleased to have grabbed a last-minute ticket to that gig; Loyle was due to play Bestival that summer in 2017 but his set was cut after the site had to be closed due to bad weather. He did however come to play a small accapella track for the fans that had congregated at the stage in the hope he would still be able to play.

I’ve been making extra effort to get to gigs early to see the support acts of late and tonight I was delighted to have discovered Arlo Parks. I couldn’t believe Arlo was only 19 years old such was the depth of her music and vocal, she had a similar vibe to Poppy Ajudha who I had seen a few weeks before supporting Kate Tempest at the same venue. Arlo is from west London and describes herself as poet/singer inspired by artists from Jim Morrison through to Fela Kuti. Arlo was grateful to be supporting Loyle given that 4 years previous she was at one of his gigs.  ‘Cola’ and ‘Super Sad Generation’ are two of Arlo’s stand out tracks for me and are definitely worth checking out.

The venue seemed to be packed from the off tonight, the floor standing was crammed with not many people choosing to sit in the stalls at the back. Loyle received an amazing reception when he arrived on stage, his trusty right-hand man, Rebel Kleff, was by his side as ever providing the beats and even joining him on vocals early doors on ‘You Don’t Know’. Loyle was in great form between tracks calling Brighton a ‘special place’ and recalling when he played at the smaller venue in town ‘The Green Door Store’. Playing into the crowd’s hands he also said that ‘Brighton was the best place that they had played since the tour started’.

The new album sees Carner collaborate again with his good friend Tom Misch on the track ‘Angel’, Tom was apparently unable to make the gig as he was on a ‘jet ski in the Caribbean’, his absence sees the crowd take his part during the track. The same takes place during ‘Loose Ends’ with Jorja Smith’s parts also being sung by the crowd.  For me, there’s always the element with collaborations that you hope the other artists will come out and join as a guest but tonight it was not to be. Half way through the gig, Loyle pulls a fan from the crowd who has been singing word for word on every song up until that point, he gets a shout out and dedication that the next song is for him. You almost feel that the fan has the feeling it could be his ‘Alex from Glastonbury’ moment but has to make do with the dedication and sitting in the customary armchair that is apart of Carner’s set decoration.

There’s an energetic vibe about the crowd tonight with everybody in the seats in the top tier on their feet throughout the gig. Loyle expresses that sometimes when he has a bad day that coming out and performing in front of fans like Brighton makes him feel so much better. He also announces his Mum is in the house tonight and tries to locate her in the crowd, she is up in the front row of the seats. I then realise I was in the box office queue with her earlier in the evening without knowing! Loyle dedicated his track ‘Ottolenghi’ to his favourite immigrant before the set climaxes with first album tracks ‘Ain’t Nothing Changed’ and ‘NO CD’ which were real crowd pleasers.

As we were leaving the venue the crowd looked up to where Loyle’s Mum, Jean, had been seated and started singing to her, this is a lovely gesture and one which Loyle appreciates as he came back out on stage to join in!