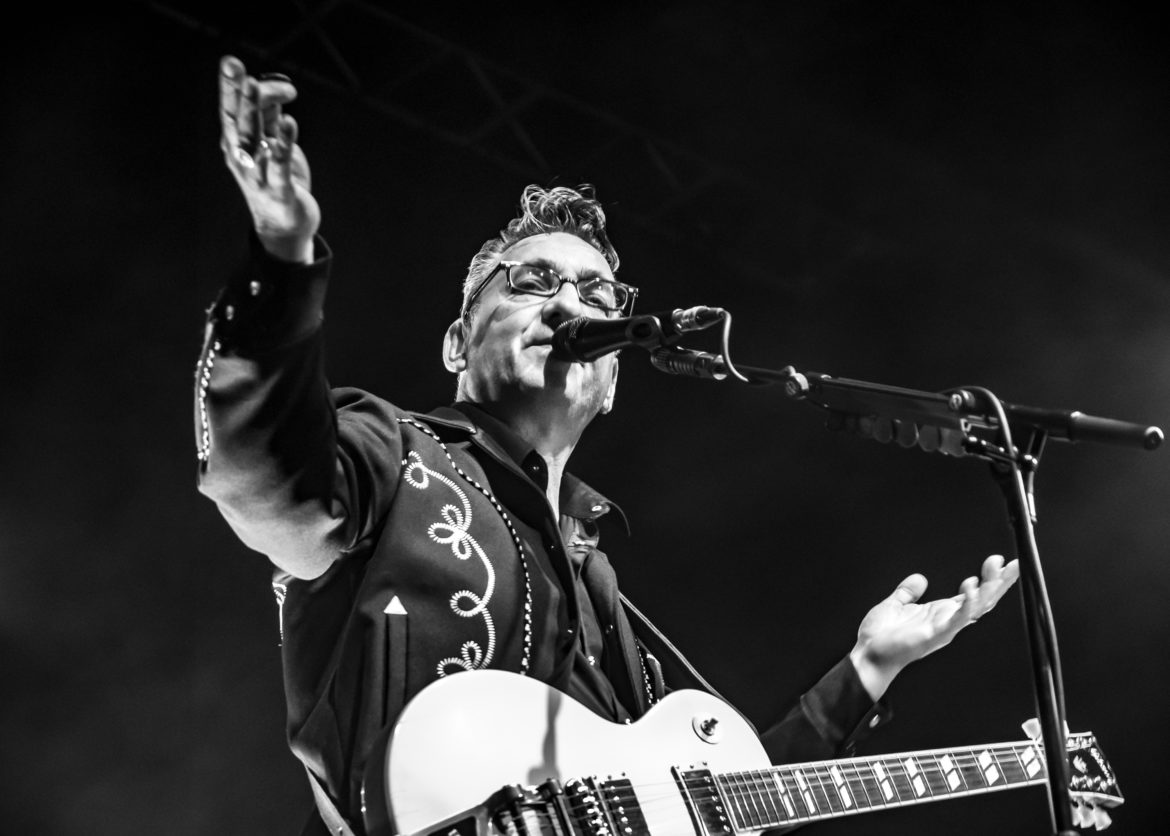 Sheffield’s own, Richard Hawley, finished his UK tour with a sold out date at the Brighton Dome. Hawley has been out touring his most recent album ‘Further’ which was released in May of this year and the first of his albums not to be named after a location or landmark in his native Sheffield. The album has received critical acclaim by publications including Mojo, Uncut and The Guardian.

Tonight was the first time that I’d seen Richard Hawley play live, I’ve enjoyed his music over the years none more so than his record ‘Standing at the Sky’s Edge’. Hawley’s career has seen him play guitar in Longpigs and briefly in Pulp through to collaborations with Nancy Sinatra, Arctic Monkeys, Elbow and Jarvis Cocker.

Much to my surprise the support for this evening was ‘Get Cape.Wear Cape.Fly.’ aka Sam Duckworth. It had been a fair while since I’d seen Sam play, somewhere around c.2006 at the Wedgewood Rooms, hearing ‘War of the Worlds’ momentarily transported me back to that place in time. Sam admired how respectful the crowd were for his set and proceeded to tell a story of how his Dad had arrived in the country and how he had him to thank for shaping his life. Without art, culture and inclusiveness he wouldn’t know how his life would have gone. Sam thanked Brighton for advocating those things and that its always a pleasure to play here.

The sold-out crowd were eagerly anticipating Richard’s arrival which saw him open with the title track, ‘Off My Mind’ from the new album. Hawley treated the crowd to a sterling selection of his back catalogue amassed over the past 18 years whilst blending this perfectly with tracks from the new album. ‘Standing at the Sky’s Edge’ which is storytelling at its finest, through to ‘Doors’ and ‘Galley Girl’ with the classics ‘Tonight the Streets Are Ours’ and ‘Coles Corner’ sandwiched in between. His sarcastic wit narrated the gig, checking in on the crowd to make sure they were still breathing and also denouncing the current government, much to the crowds approval. One of the videos that played on the backdrop was Richard’s Dad playing with his band back in 1968, which was a nice touch.

Hawley’s fans are renowned for being very loyal and as I also found out can be vocal too, one guy to the right of me kept shouting for him to play ‘The Ocean’ which fell on deaf ears. My personal favourite from the evening was ‘Down in the Woods’ which was incredible to hear live, Richard and the band definitely took you on that psychedelic trip into the woods with their meandering riffs and distorted vocals.