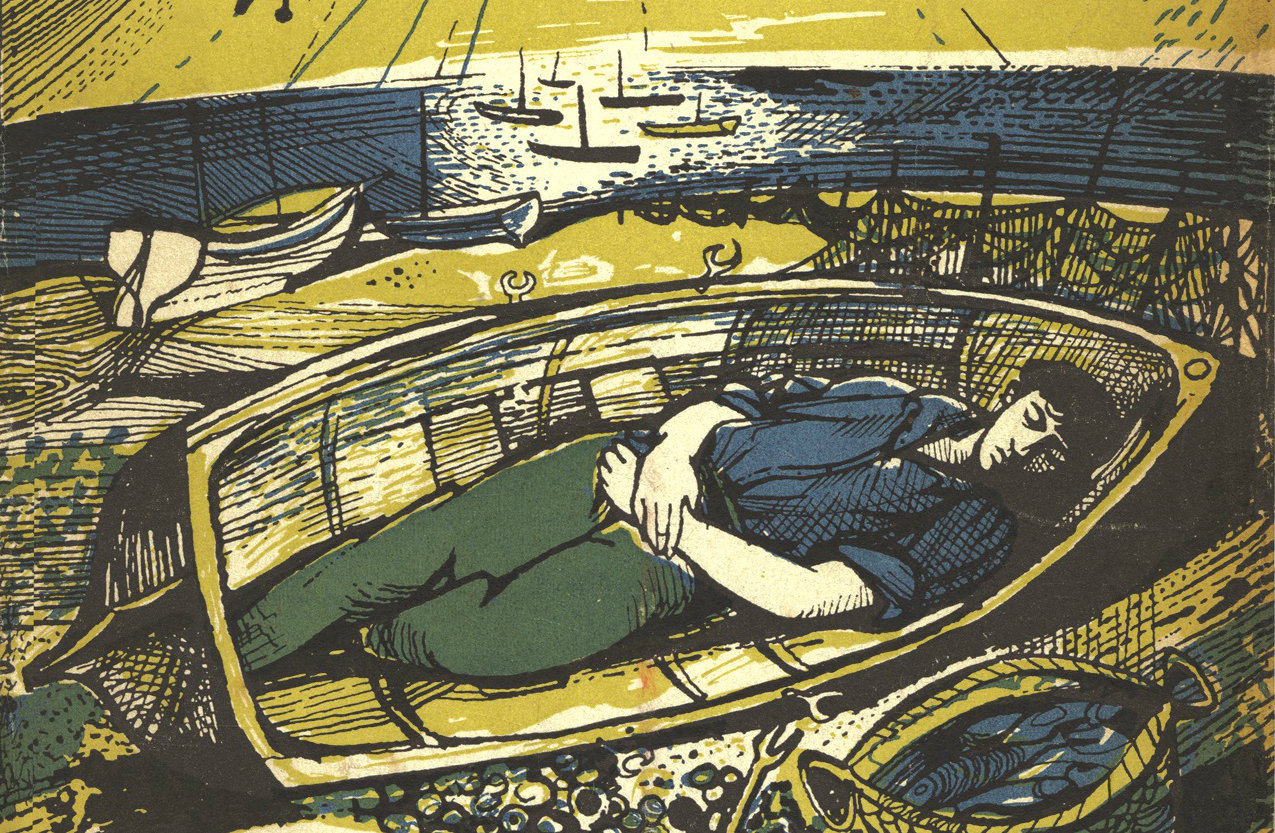 Chichester’s Pallant House Gallery this summer is home to a major exhibition marking the centenary of the birth of British artist John Minton (1917–1957). John Minton was a leading figure in the mid-20th century art scene in Britain. Known for his skills as a draughtsman, he was one of the most significant illustrators of his time and was a key player in the Soho scene of the 1940s and 1950s, counting Lucian Freud and Keith Vaughan amongst his friends. He was a prime exponent of British Neo-Romanticism in the 1940s and a much-admired tutor at several London art schools, teaching the next generation of artists including Peter Blake, Frank Auerbach, Bridget Riley and Joe Tilson.

Minton was a complex character, both the life and soul of the party but also prone to bouts of melancholia and depression. During the 1950s as the art world became less interested in figurative art and began to embrace abstract art, he felt increasingly out of touch. It was perhaps this feeling of being left behind that contributed to his suicide in 1957, at the age of just 40.

2017 marks the centenary of John Minton’s birth and also the 50th anniversary of the the decriminalisation of male homosexuality in England and Wales. Minton often struggled with his sexuality but did not keep it secret – he even wrote a letter in defence of homosexuality to The Listener in 1950, at what was then considerable personal risk.

The exhibition runs now through to the 1st of October and through the summer there are lots of activities, talks and tours allowing people to find out more and be inspired:

Professor Martin Salisbury, Director of the Centre for Children’s Book Studies, examines the legacy of John Minton’s graphic works and illustrations, commissioned for a wide range of media including posters, textiles and advertising. A book signing of ‘The Snail That Climbed the Eiffel Tower and Other Works’ by John Minton follows.

Simon Martin, co-curator of John Minton: A Centenary explores the development of Minton’s work from his wartime landscapes to his poignant portraits and exotic scenes of Corsica, Jamaica and Morocco.

Art Course – Art Post War: From John Minton to the Impact of the Abstract Expressionists
Wednesday 23rd August 2017, 11am

In this special study session, art historian Frances Spalding examines the context around John Minton’s work between 1945 and 1960. In a period of great artistic change as well as post-war austerity there was a move towards realism in Europe and in Britain the rise to prominence of the ‘Kitchen Sink’ school. But everything changed when American Abstract Expressionism came to Britain.

Co-curator of John Minton: A Centenary and Director of Pallant House Gallery Simon Martin discusses this charismatic and complex artist. Minton was a Bohemian figure in London during the 1940s and 50s and a close friend of artists and writers including Michael Ayrton, Robert Colquhoun and Robert MacBryde, Lucian Freud, W.S. Graham and Keith Vaughan.

Drop-in Free Family Activities provide a space for the whole family to get creative together. Be inspired by the paintings of John Minton and create a Pallant Jungle. Making a large scale collaborative piece that will grow over the morning, get involved and build a jungle scene complete with tropical birds.

Using John Minton’s brightly coloured paintings as inspiration, create bold summery fabric drawings. Batik is an ancient technique usually created with hot wax but you will use glue and paint for a similar effect. Led by Kat Owen.

Practical activities designed to be fun, develop creativity and help younger audiences explore the Gallery. Children in the 5–8 years workshops must be accompanied by a parent/carer. 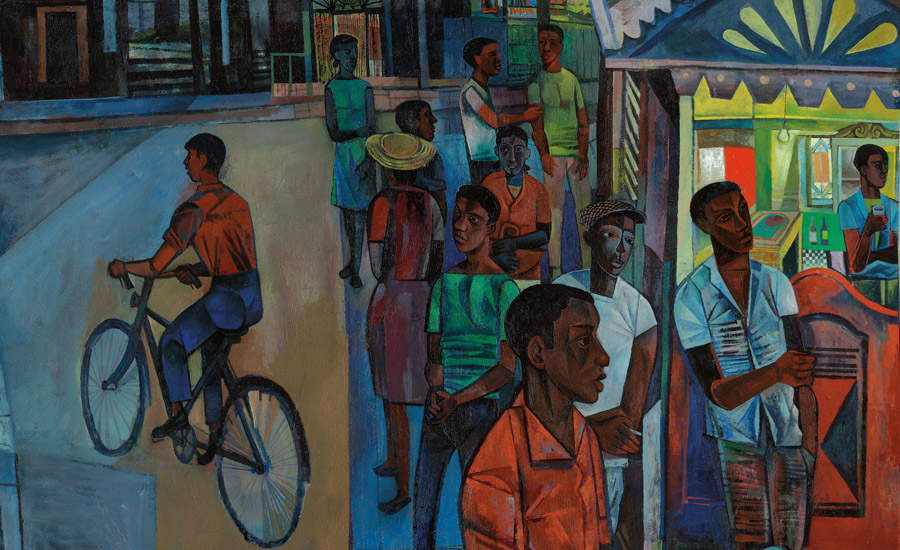 Header image is John Minton, Book cover detail for Time was Away: A Notebook in Corsica, by John Minton and Alan Ross, published by John Lehmann Ltd, 1947, pen and ink on paper © Royal College of Art. 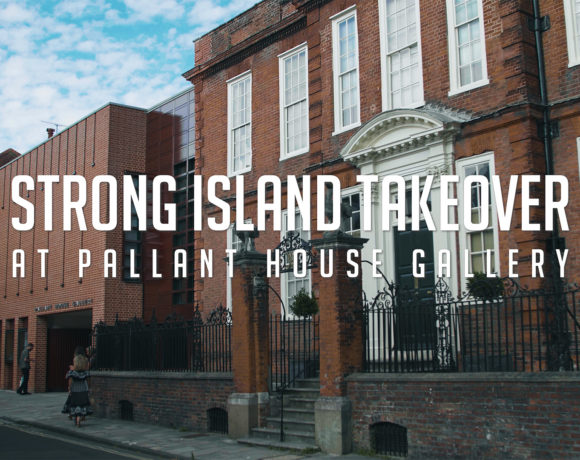 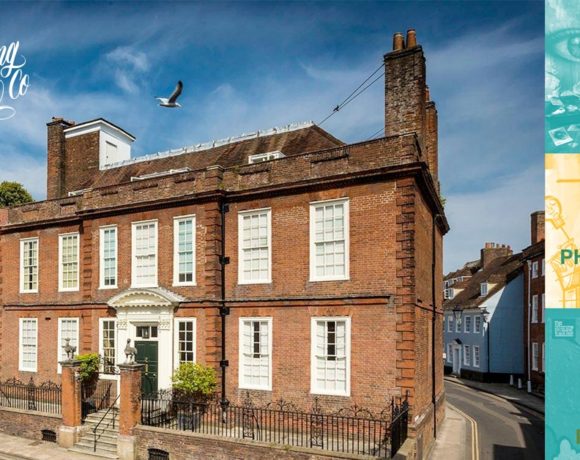 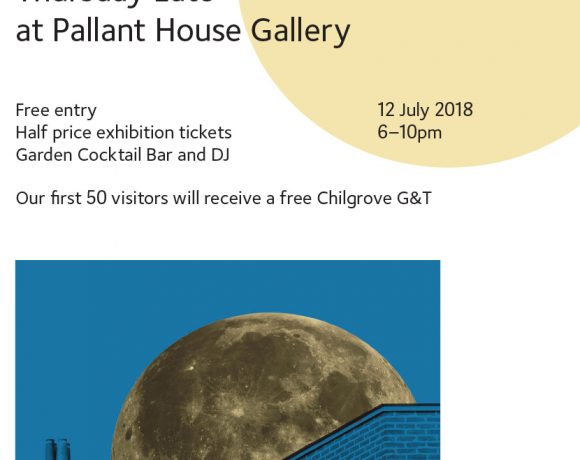