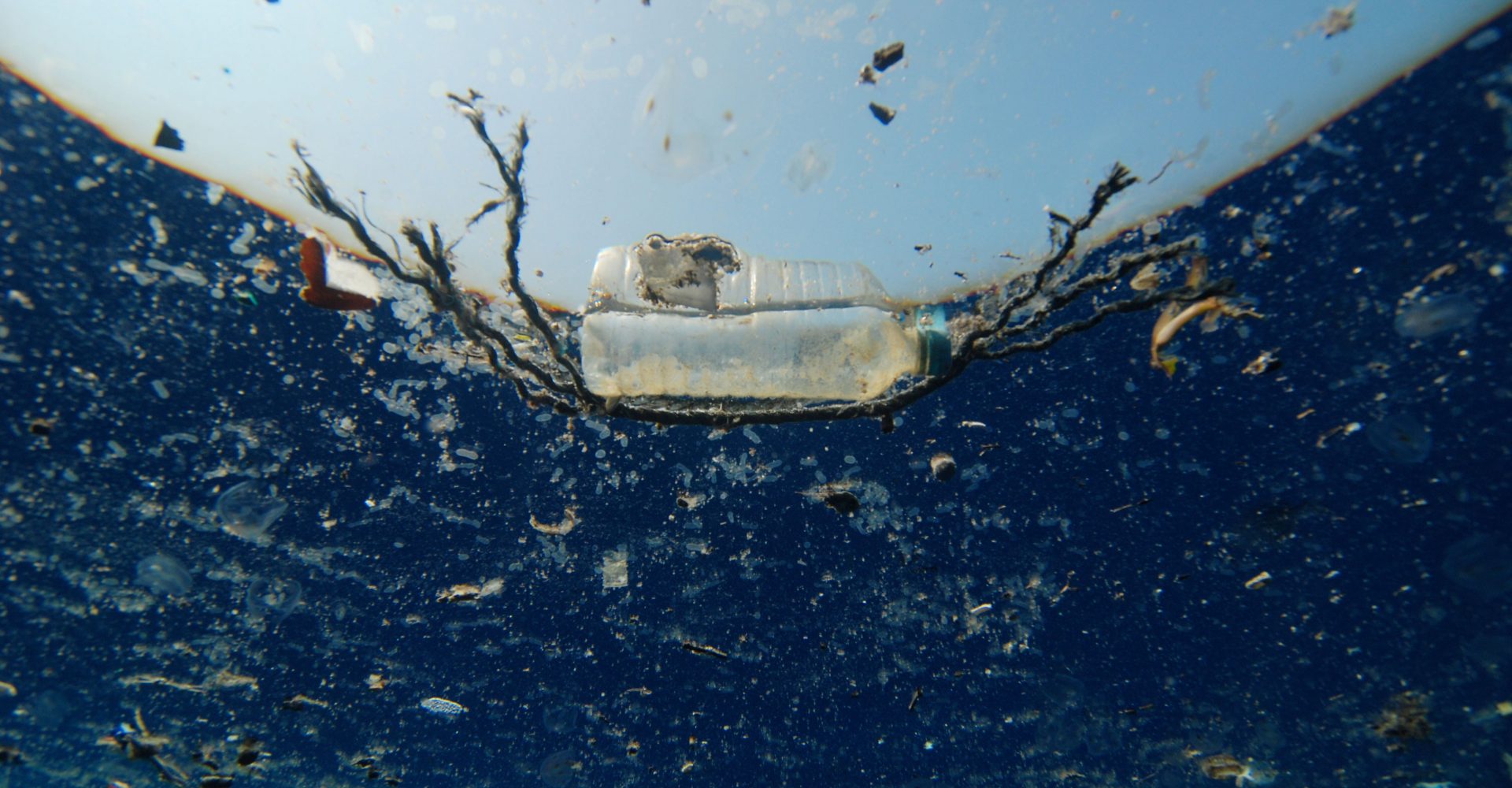 BEHIND THE SCENES OF THE FILMING OF A PLASTIC OCEAN

You might remember the name David Jones from the Creating Balance project, David is a highly skilled and experienced underwater photographer & filmer from Portsmouth and helped (with his team from Triton Scuba – located on Highland Road in Southsea) Strong Island place an Anglepoise lamp underwater (watch the video HERE). David has worked on numerous TV programmes and had photographs published all over the World but in recent years has been focusing on the organisation Plastic Oceans. Last year the film A Plastic Ocean was officially launched with a trailer and a series events in London including a visit to St. James Palace.

A Plastic Ocean is a new feature-length adventure documentary that brings to light the consequences of our global disposable lifestyle. In A Plastic Ocean an international team of adventurers & researchers embark on an expedition around the globe that delves into the unknown lurking beneath our seemingly pristine and remote waters. During its four-year production period, A Plastic Ocean was filmed in 20 locations around the world in beautiful and chilling detail to document the global effects of plastic pollution–and introduce workable technology and policy solutions that can, if implemented in time, change things for the better.

As a diver and underwater cameraman & photographer, at what point did the issue of plastic debris in the seas come to your attention?
It was brought to my attention 6 years ago by the producer, Jo Ruxton. At that time everyone was talking about this ‘floating island’ 3 times the size of Spain in the Pacific. That is not accurate, but the problem is far worse as we will explain in the film.

Is this an issue that affects the UK waters, such as around Portsmouth?
You only have to walk along the beach in Southsea to see that we are affected. Every time I organise a beach clean we pick up huge amounts of rubbish. Plastic pollution is a global problem. There is only ‘one’ ocean, they are all interconnected. Plastic thrown into a river in Indonesia may one day end up on our beaches here. It is pernicious, pervasive and persistent. The problem is that 80% of the waste that is now in our oceans is plastic and it is entering the oceans at a rate of 8 million tonnes a year. We have to do something to stop that or we will all pay a huge price in the end. We use over 300 million tonnes of plastic a year – the weight of the entire human population, and half of it we throw away after using it once – it is staggeringly wasteful and we don’t have the waste management systems to deal with it. That has to change.

Plastic on a beach in Malta, photo by David Jones

You are part of Plastic Oceans, how did that come about?
I worked on the BBC series called Life several years ago and one of the film crew, Mike Pitts who was actually the DOP for the film, gave my name to Jo Ruxton who was looking for media crews to work on underwater filming projects. She then told me of the plastic pollution issue and that ended up taking up most of my time for the past 6 years – with the occasional little project for Strong Island every now and then of course!

How did you get involved with the new film ‘A Plastic Ocean’?
The film is a means to an end and I suppose that I was involved with the film before I eventually became more involved with trying to change the worlds attitudes to the way we use plastic. The ultimate aim is to resolve the environmental catastrophe that is slowly unfolding. The film provide the means to tell people about the problem and the impact it is having not only on the oceans environment but also human health.

How has the film come together?
It took two years to raise enough money so that we could start filming. We managed to bring along a few major sponsors but without the support of thousands of people over the last 6 years we would not have managed this. The first major shoot was in Sri Lanka – that was where we filmed the Blue Whales. Since then we have added to the sequences, travelling to each major continent. In all I think something like 20 different location were covered. 12 months ago we were joined by Co-Producer Adam Leipzig who also worked on March of the Penguins and Dead Poets Society. He has made a huge difference to the edit and has woven the footage into an adventure documentary – he told me the other day that this could be the next ‘Inconvenient Truth”! Lets hope so.

…included shoots in Sri Lanka where we filmed the Blue Whales, Canada, Fiji, Germany, Italy and the Mediterranean…

Were you directly involved in much of the filming? Where did you go?
Yes, I was involved with a lot of the shoots mainly as the underwater supervisor and production stills photographer. These included shoots in Sri Lanka where we filmed the Blue Whales, Canada, Fiji, Germany, Italy and the Mediterranean. I also was the cameraman for some slightly less glamorous shoots around recycling plants on the Manchester ship canal, as well as Bristol and Brunel University – well you can’t be lucky all the time.

How did the launch of the film go?
It was good. Sir David Attenborough has been a long time supporter of the film and features in it, filming at his house was one of my lifetime highlights I have to admit, but he called on the day and unfortunately couldn’t make it for the launch. Hopefully he will be able to come to the first film screening. Even though he couldn’t attend there were numerous members of the press, MPs, and representatives from numerous NGOs including Greenpeace and Prince Charles conservation organisation.

The helicopter and the submarine support vessel, photo by David Jones

What do you have coming up in regards to Plastic Oceans and the film?
At this moment I am just really glad we are nearly there – it has been a long hard journey. The film is in picture lock and is currently being colour graded in LA. Obviously the main emphasis at the moment is trying to get as many people as possible to watch the trailer. We are now looking for a distribution deal as the film was made for cinema and if the trailer has a couple of million views that will help. And then of course there is the first screening. The film has also been submitted to some film festivals so that will take a bit of work. Apart from that, I am trying to squeeze in my day job when I can!

Since the film’s launch in 2016 it has been covered in national newspapers, shared by people like Julian Lennon and Chevy Chase, with the trailer getting at one point over 200 views per minute. A Plastic Ocean will be out this year and is being screened int he UK. 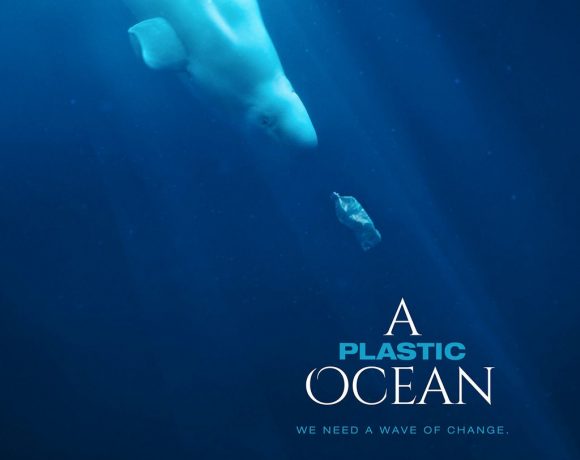 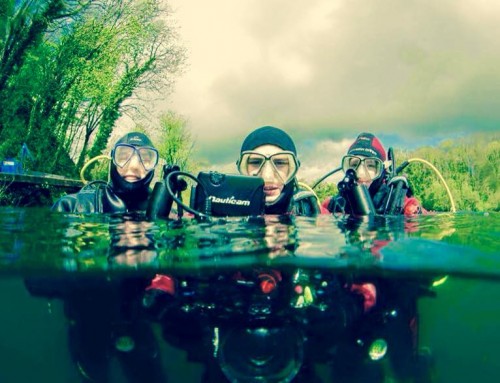 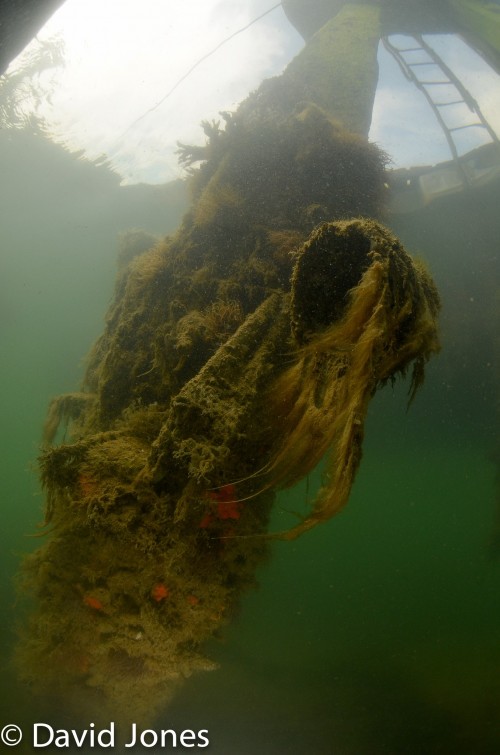