Thinking Of You Week with Ange..

Hunter Gatherer isn’t your usual coffee shop name, but as soon as you walk in to this Southsea start-up, you realise that Hunter Gatherer is no usual coffee shop. Perhaps that is inevitable given its owners Brian and Dani’s background. The couple met in Medillin, Colombia, Pablo Escobar an infamous local figure. Brian had moved from Paris, Dani, who hails from Colombia, had moved from Miami. Both had been approached to work with a Dutch footwear company. With shared interest such as art and music the pair quickly hit it off. Engagement followed with Brian proposing whilst out in the middle of the night somewhere in the French Alps. And now, having settled in sunny Southsea and with baby Hunter having arrived, so too does Hunter Gatherer, part specialty coffee shop hangout, part boutique.

I caught up with Brian and Dani to see what we can expect.

…With shared interest such as art and music the pair quickly hit it off.

…we want to create a space that inspires but also encourages interactions and shared experiences.

You’ve discovered a huge and unique space! What have you got planned for it all? You can expect something a bit different from what currently exists. It started with Specialty Coffee and grew into a lifestyle boutique and a healthy kitchen. In the near future we are hoping to start film screening nights, open up a space for business and large meetings and a few other bits we are keeping secret just for now. We want to create a space that inspires but also encourages interactions and shared experiences. Whether that be a meeting between friends, a community project, an art exhibition or a yoga class. Oh did we mention we have a family/buggy friendly space in the rear.

What can we expect to find on the menu? We like to think of ourselves as a vegetarian restaurant that serves bacon. We are aiming at 70% healthy and 30% naughty. Think free-rage poached eggs with a side of avocado on Bread Addiction sourdough, followed by the most decadent blondie you will ever taste.

Dani, your boutique is already stocked with really intriguing pieces. What’s your inspiration and what can visitors expect to find? Most of the independent designers that I stock were either already known to me because of social media, as friends or because they are actually what I really love myself. Fun, modern and kick-ass creativity is what binds all the designers that I found.

…Fun, modern and kick-ass creativity is what binds all the designers that I found.

You both worked closely with Canvas Coffee before going it yourselves. Is this is a lifelong ambition for you guys and how long has it been in the making? We both had completely different careers before deciding to embark on this journey. Dani is an artist and Brian a sneaker designer. The idea was first conceived almost three years ago while sitting in a Colombian (Dani’s motherland) specialty coffee shop. Brian was lucky enough to cross paths with Pravin on a coffee course in London and hence started working at Canvas. Dani joined the team shortly after. We both have been longtime coffee lovers. It has just taken some time to turn that passion into a lifestyle.
Brian, you’re both well travelled and have lived in various places around the world. What brought you back to Southsea? Neither of us have lived in Portsmouth, even though I was born here. However after spending some time with family we discovered some amazing places and met some great people and decided to hang around. Shortly after that we found out we were pregnant and couldn’t be happier to raise our first child in this great city!
Dani, when did you first visit Southsea and did it immediately feel like it’s somewhere you could call home?
I love living by the water so Southsea won my heart over in that respect from the get go. It has taken me some time to discover all the hidden (and not so hidden treasures) Southsea has to offer but the more I discover the more I absolutely love it!

…We are a small team that shares a passion for great food, decent coffee & local and sustainable business.

Can you tell us a bit about your new team? Our team is without a doubt our greatest asset and the soul of our business. We are a small team that shares a passion for great food, decent coffee & local and sustainable business. Each one of us brings a different talent to the table and we love that about our dynamic.

If you only had 5 words, how would you sum up the vibe at Hunter Gatherer? Friendly, creative, healthy, quality, and soulful

Founder of SWEAT Southsea Luke Newton is available for personal training and the SWEAT gym is dedicated to personal training meaning no crowds, intimidation or extra fees. SWEAT opened eighteen months ago and has now firmly established itself. Other trainers forming the talented team include double Olympian Katy Sexton MBE and Team GB boxing coach ‘Q’ Shillingford MBE! You can find SWEAT on Haslemere Road. If you would like to know more, then head over to www.sweat.fitness where you can also find their list of pay as you go classes. Classes are open to all with no membership required. The timetable includes Barre, Pilates, Yoga, HIIT, Kettlebells and Circuits. Physiotherapy and sports massage therapy services are also available. 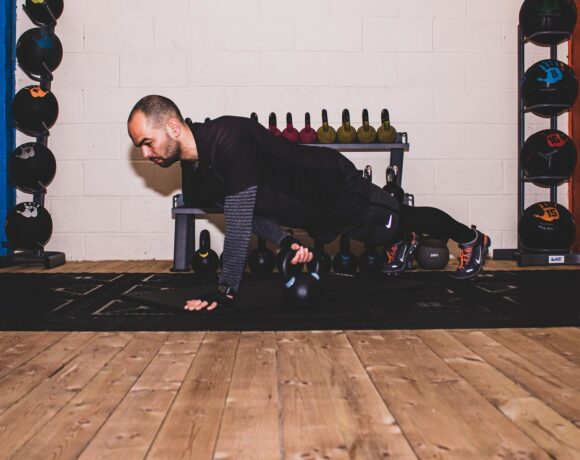