The New The B of the Bang Album

Friends Of Pet Sounds #21 – The Weir (Epic Page Scroller Ahead)

When Charles first asked me to do this ‘friends of…’ playlist I really wanted to dedicate it to Phil Spector’s Wall Of Sound. Spector’s songs and production techniques, this ‘more is more’ attitude to building tracks to the point where there is barely any room to breathe, has been something I’ve strived to emulate over the years but Spector was a true master who produced scores of hit records working with some of the greatest artists in modern music. Overlooking the rather malevolent mood swings and the slight predilection for murder, big Phil really deserves his place in the rock and roll hall of fame.

Spector called his technique “a Wagnerian approach to rock & roll: little symphonies for the kids” and, alongside arranger Jack Nitzsche, would pull together dozens of musicians, crammed into a tiny studio and create this huge sonic spectacular that he managed to compress into a single mono channel. His working methods and production values would go on to influence countless musicians, from the Beach Boys to the Arcade Fire.

Spotify, however, didn’t seem to want to play ball. There is a distinct lack of Spector’s early material, while his version of Tina Turner’s River Deep Mountain High and Dion’s Born To Be With You are glaring omissions. Of course his later production on The Beatles’ Let It Be and solo material from Lennon and Harrison is all missing too.

So instead I turned to another of my musical heroes: composer Ennio Morricone. Most famous for his work on the spaghetti westerns of Sergio Leone, he to some extent followed the same ethos as Spector, taking the Wall of Sound to a truly symphonic level. His approach initially I believe was out of financial necessity as an orchestra of electric guitars and handclaps was far cheaper than a philharmonic. However his arrangements are far more subtle than Spector’s pop symphonies, the medium of the film score allowing the wall of sound to be constructed slowly throughout the track rather than being erected in a two and a half minute pop nugget.

Spector, incidentally, never made a film score, though a few projects did almost get off the ground. He had planned to direct his own film, I wonder what a visual wall of sound might have looked like?

Ennio’s music for Leone’s Dollars Trilogy, meanwhile, have become eponymous with the sound of the cowboy; his score effortlessly reflecting the life and times of the lone gunslinger. The solitude of the barren landscapes, the haunting whistles, the twang of the jew’s harp. The tired lollop of the horseback rider in the guitar rhythms and hollow percussions building, of course, into the sublime glory of the funereal strings and choirs, the harbinger for death and destruction at the hands of a six shooter revolver.

Morricone has gone on to write scores for over 500 movies and TV shows, highlights of which, apart from the spaghetti westerns, include The Mission, The Untouchables and John Carpenter’s The Thing. He has been nominated five times for an Oscar and was finally awarded an honorary lifetime achievement Academy Award in 2007.

01. Jack Nitzsche – The Lonely Surfer
So we start with a track that inspired the saturated surf-rock guitar sound of Ennio’s spaghetti western scores. In a convenient connection, Nitzsche was Spector’s go-to arranger for almost all of his biggest hits.

02. Ennio Morricone – Il Buono, Il Brutto, Il Cattivo
Despite the eponymous whistled theme there’s so much going on in this piece and the driving rhythm guitars just make you want to saddle up…

03. Ennio Morricone – Ecstasy of Gold
From the opening bell ring this track builds into the most lush string arrangement while the haunting female solo is gradually joined by more and more triumphant instrumentation. This song is effortlessly empowering.

04. Ennio Morricone – Man with The Harmonica
Armed with a bigger budget than the dollars trilogy, Ennio’s theme for Charles Bronson’s character in Once Upon A Time in the West takes the spaghetti western sound to new heights with a bigger orchestra, bigger choir and better production values.

05. Air – Wonder Milky Bitch
For something that is so clearly an homage to Morricone, Air manage quite impressively to still stamp their trademark sleazy French ooze all over this one.

06. Radiohead – Exit Music (For A Film)
I read a nice quote from Radiohead guitarist Ed O’Brien where he actually cites Exit Music as a failed attempt at doing Morricone. He followed up by saying “…but because we haven’t paid the dues, if you like, to play those types of music, we fail to get what we hope to achieve. But by going down that route, we find our own thing.” Thom Yorke added “Aiming and missing is the whole point, really.” Yeh, it is Thom…
Regardless of what the band were aiming at, they’ve managed to create something quite beautiful. Yorke’s vocals soar over the mellotron choirs and a bit of warm fuzz. Epic yet incredibly simple.

07. Kasabian – The Doberman
You can hear Morricone’s influence all over Kasabian, in fact I remember seeing them at the Isle of White and they actually came out to one of Ennio’s tracks. It may have been Ecstasy of Gold but I don’t remember, I might have had a drink… Anyway, it’s all about the coda at 3:48 in this track, it builds and builds, a moments pause followed by a slap in the face with a phlegm filled spittoon and we go out all guns blazing.

08. Tom Waits – Yesterday is Here
Backed by a shuffling horse trot rhythm that resembles Ennio’s Farewell to Cheyenne, only Monty Python and the Holy Grail can acoustically represent riding a horse better…

09. Scott Walker – Old Mans Back Again
From Scott Walker’s fourth album, there’s a definite Morricone influence on the string and choir arrangement. Walker wrote a few tracks that were influenced by Morricone not least The Seventh Seal on the same album but this one is probably my favourite.

10. Last Shadow Puppets – Age of the Understatement
This is a kind of second hand influence as the Arctic Monkeys do Scott Walker doing Morricone. To be fair when I first heard this track I wondered how I’d never heard it before so convincing is the 1960s baroque rock style string arrangements and analogue warmth. The entire album has a really quite impressive production value but I especially like the energy of the galloping guitars and charging strings of the title track.

11. Ian Brown – 2525
I actually prefer the Zager and Evans original but I’ve got a bit of a hard-on for Ian Brown and his version really turns the Mariachi horns up to 10.

12. Doves – Kingdom Of Rust
The bastard son of a one night stand between Johnny Cash and Morricone, while the guitar burns a ring of fire, the strings carry a definite Ennio flourish and there’s even the toll of reverb drenched funeral bells at around 4 minutes in.

13. Portishead – Cowboys
Opening with an electronic ‘whistle’ motif, the beat drops with a monstrous reverb soaked surf-rock guitar. Beth Gibbons soars and snarls over an absolutely immense background track that broods like the best of spaghetti westerns.

14. Dangermouse ft Norah Jones – Rome
Dangermouse has flirted with Morricone on numerous occasions. You’ll find his influence on various tracks by the Gorillaz and Gnarls Barkley. When I heard that he had put together an album homage with Italian composer Daniele Luppi, Jack White and Norah Jones I was expecting something a lot more heavy handed but its actually very subtle and a good listen. This is partly due to the authenticity that reuniting several of the key players from the original Morricone sessions. In fact, it’s almost too subtle. I expected with Dangermouse’s pedigree something a little more bombastic and that things would be pushed to a crescendo but it never really gets there. It ends up being just a bit, well, nice.

15. The Weir – Rocksteady
Hmm, how did this one get in here? Well there is some bells and horns in there to be fair. It’s a tentative link but a bit of shameless self promotion never hurt anyone…
Peace and Love. 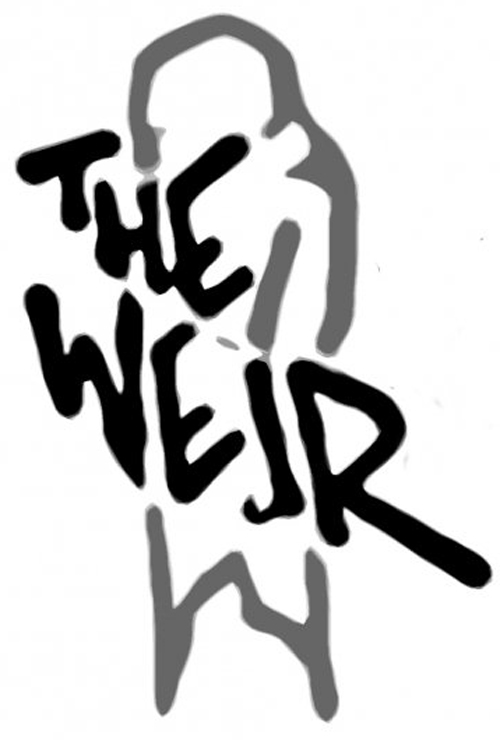 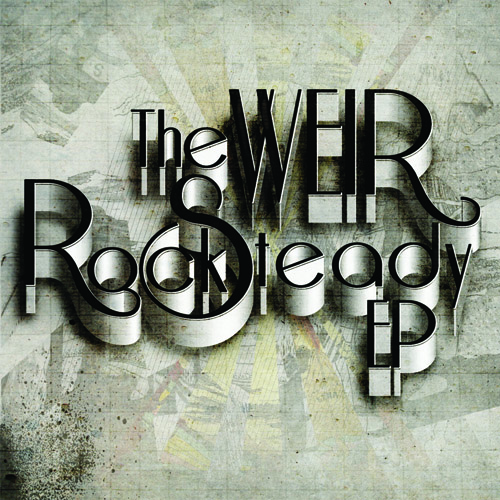