Jaguar Skills & Friends at The Guildhall

A spot of surfing on Strong Is..

Jaguar Skills & Friends at The Guildhall

Breakneck and Eskimo11 Proudly debut Break 11. The first event of its kind ever at the legendary Portsmouth Guildhall.

Jaguar Skills is a British DJ who has gained notoriety since 2002 for his eclectic ‘Mash it up like Y.B’ style mixtapes. Jaguar Skills has released a number of mixtapes through various outlets, including BBC Radio 1 and BBC Radio 1Xtra, and now has a weekly 10 minute mix on The Trevor Nelson Show. He built his profile and learned his craft in clubs across London.

Jaguar Skills is famously known for playing the character of a ninja. During his live shows he is dressed as a ninja with a full ninja mask so that only his eyes show. Grab all the details over at Facebook. 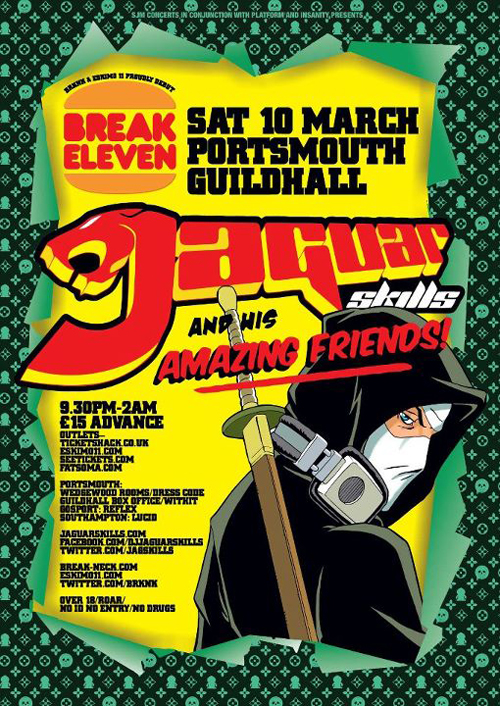